Backbone Campaign brings "First Daughter and the Black Snake" - a documentary featuring the work of Winona LaDuke - to Vashon Theatre, Tuesday, Feb 13th at 6 pm.  Admission is by donation. 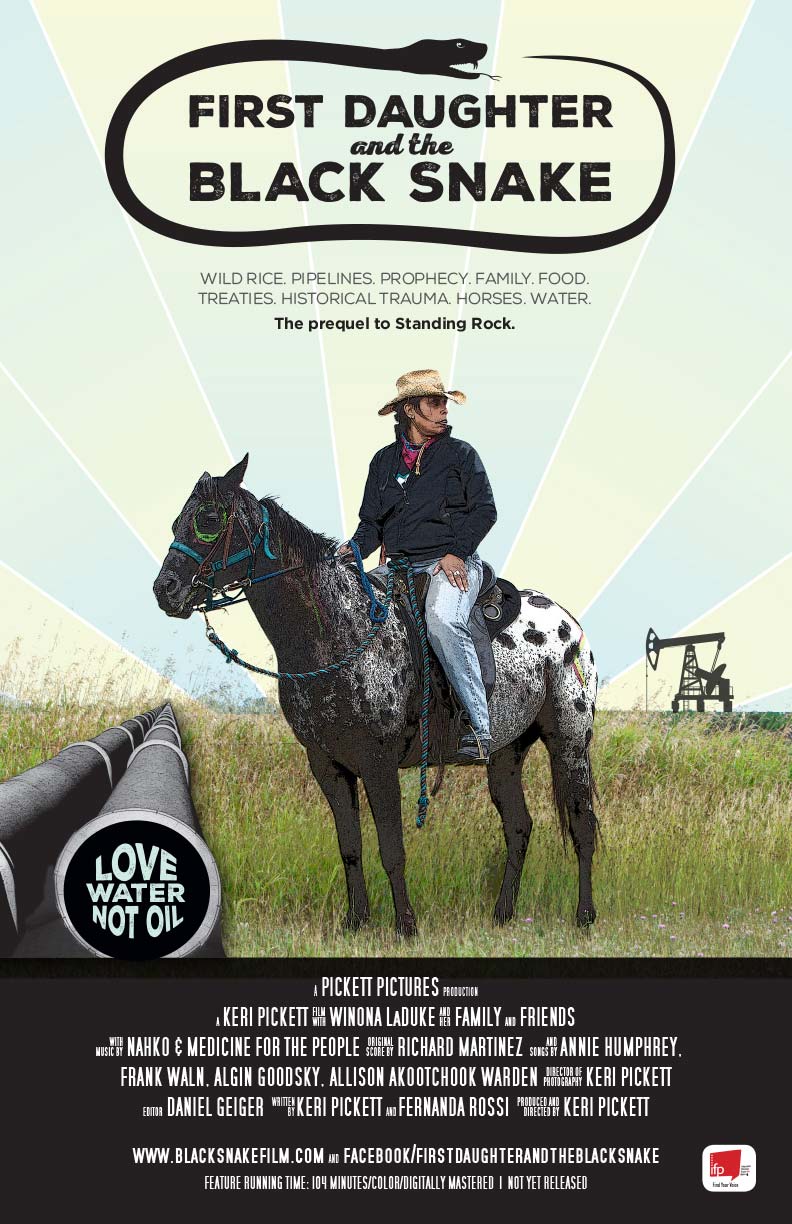 Winona believes Big Oil is the black snake predicted in indigenous prophecy to bring the earth's destruction. When she learns that Canadian-owned Enbridge plans to route a new pipeline through her tribe’s 1855 Treaty land, she and her community spring into action to save the sacred wild rice lakes and preserve their traditional indigenous way of life.

The film screening is a prelude to Winona's appearance on Vashon Island in March. The event is made possible thanks to generous support from Island GreenTech and Vashon Theatre.