Just a couple nights after his passing, Backbone activists projected images of Kevin Zeese onto the Venezuelan Embassy in DC.

Kevin partnered with Backbone Campaign on many action campaigns over the years, including actions and trainings for single payer and against the TransPacific Partnership.

He will be deeply missed by us all, and our hearts go out to his life and work partner (and Backbone Campaign Board Member) Margaret Flowers.

To make a donation to honor Kevin's lifetime of work and to support emerging activists, contribute to the Kevin Zeese Emerging Activists Fund. 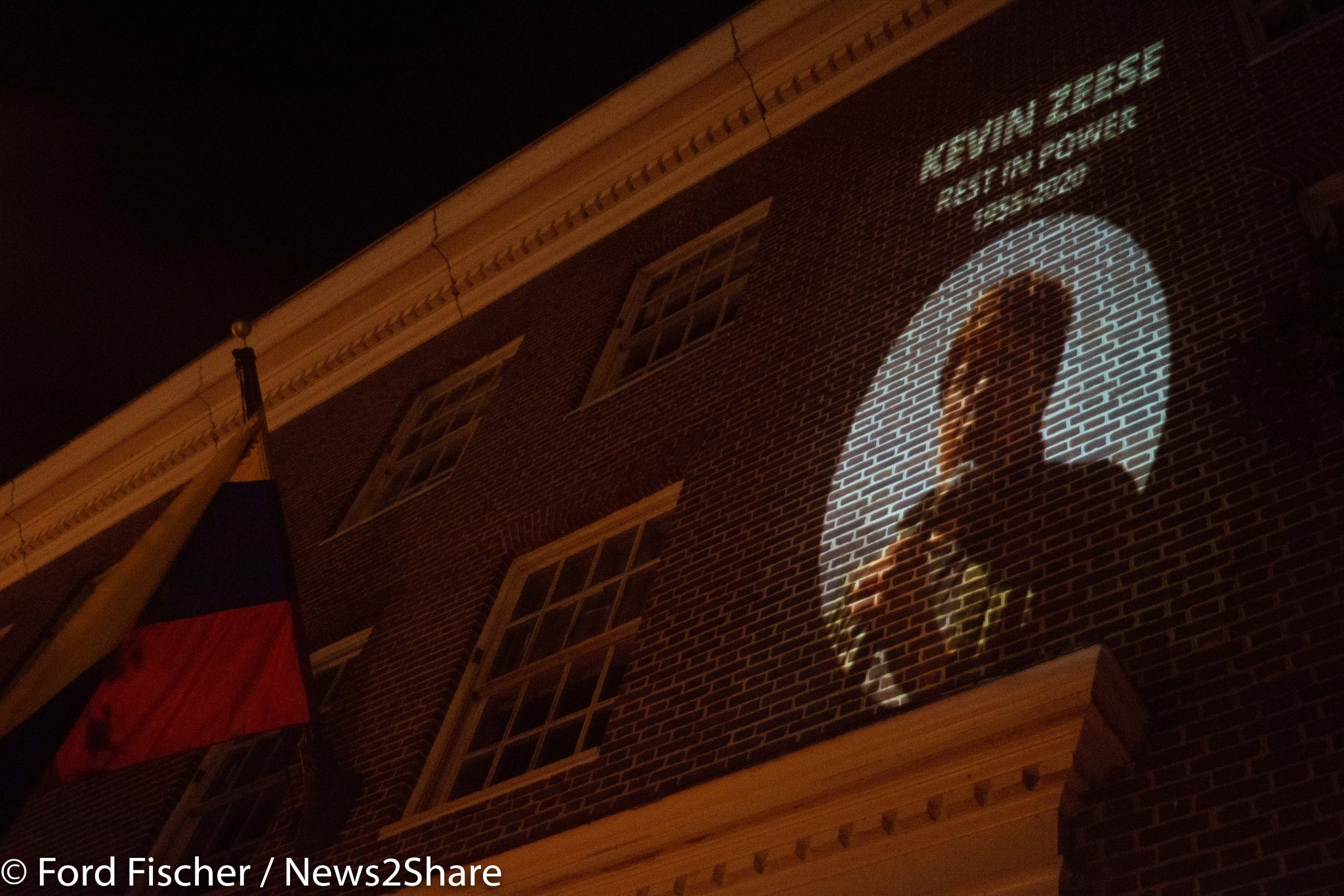