Local activists in the Rio Grande Valley shine focus on the border wall.

On January 16th local activists and residents partnered with the Rio Grande Valley No Border Wall Coalition and the Texas Cilvil Rights Project. to project messages that targeted the then-president-elect Biden. During Joe Biden's campaign, he promised "not another foot of border wall would be built", his words inspiring activists to launch the Not Another Foot Campaign - to remind him of that promise.

The group projected in both English and Spanish onto the border wall. The message "Mr.Biden Tear Down This Wall #notanotherfoot" appeared, while in the downtown area the message "In This Court of Injustice Hate Rules #noborderwall" was projected in front of the federal courthouse. This is the courthouse where imminent domain cases are heard to further border wall constructions, as well as, where family separation cases are heard.

The projections and story were picked up by local news Tellemudo 40, find that programing here.

Thank you to Norma H. and Patrick A. for sharing this  great action! 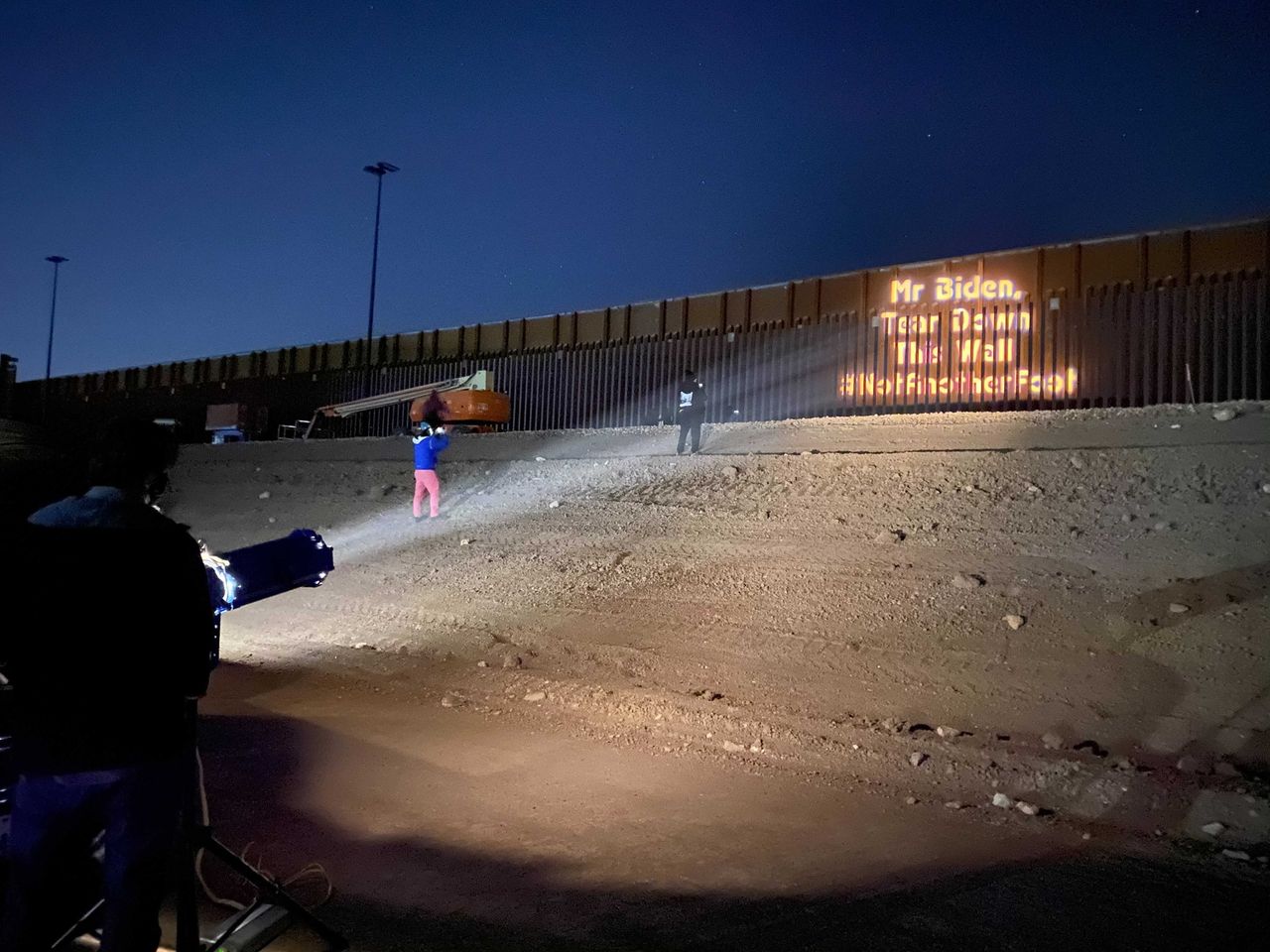 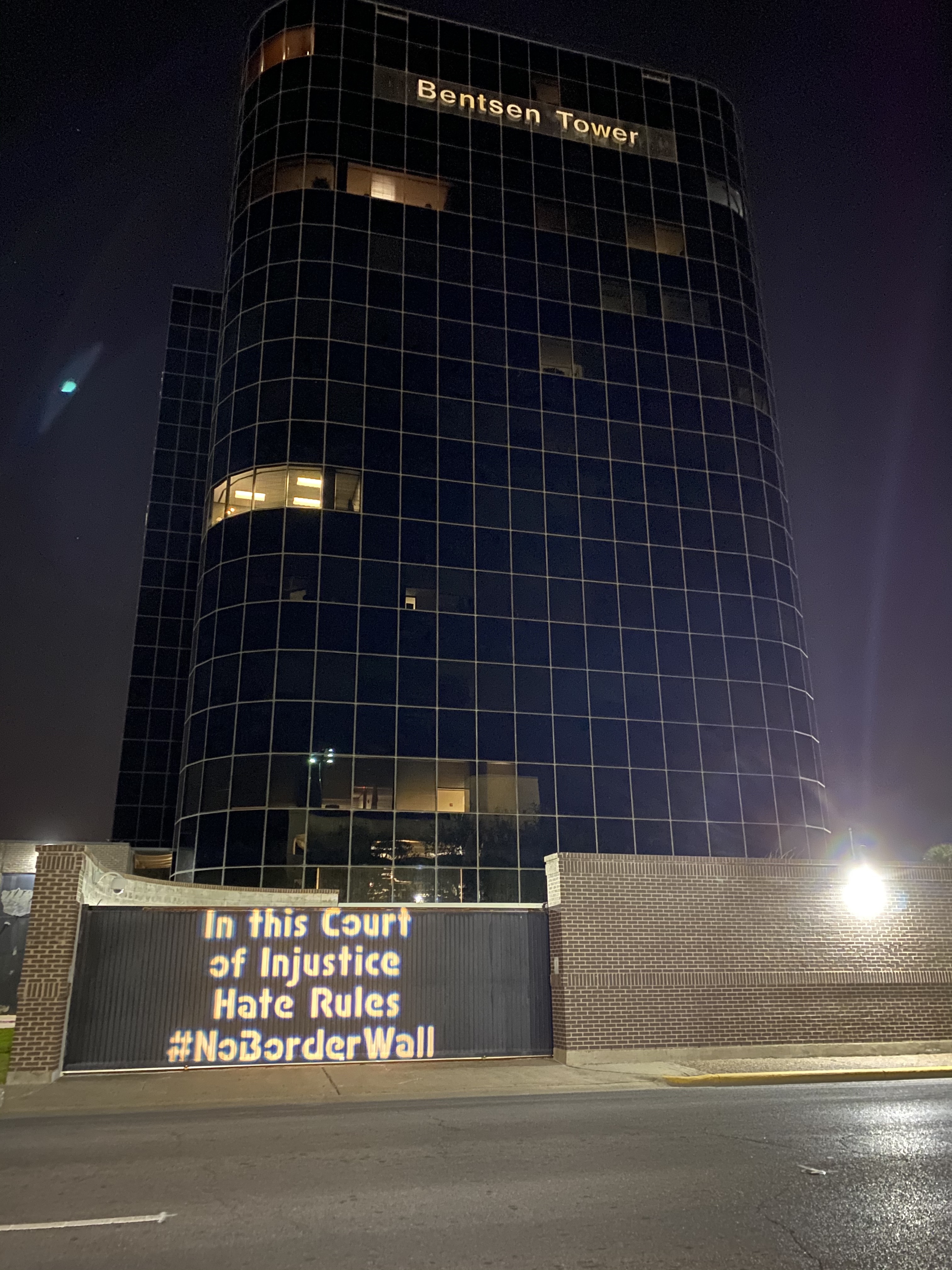 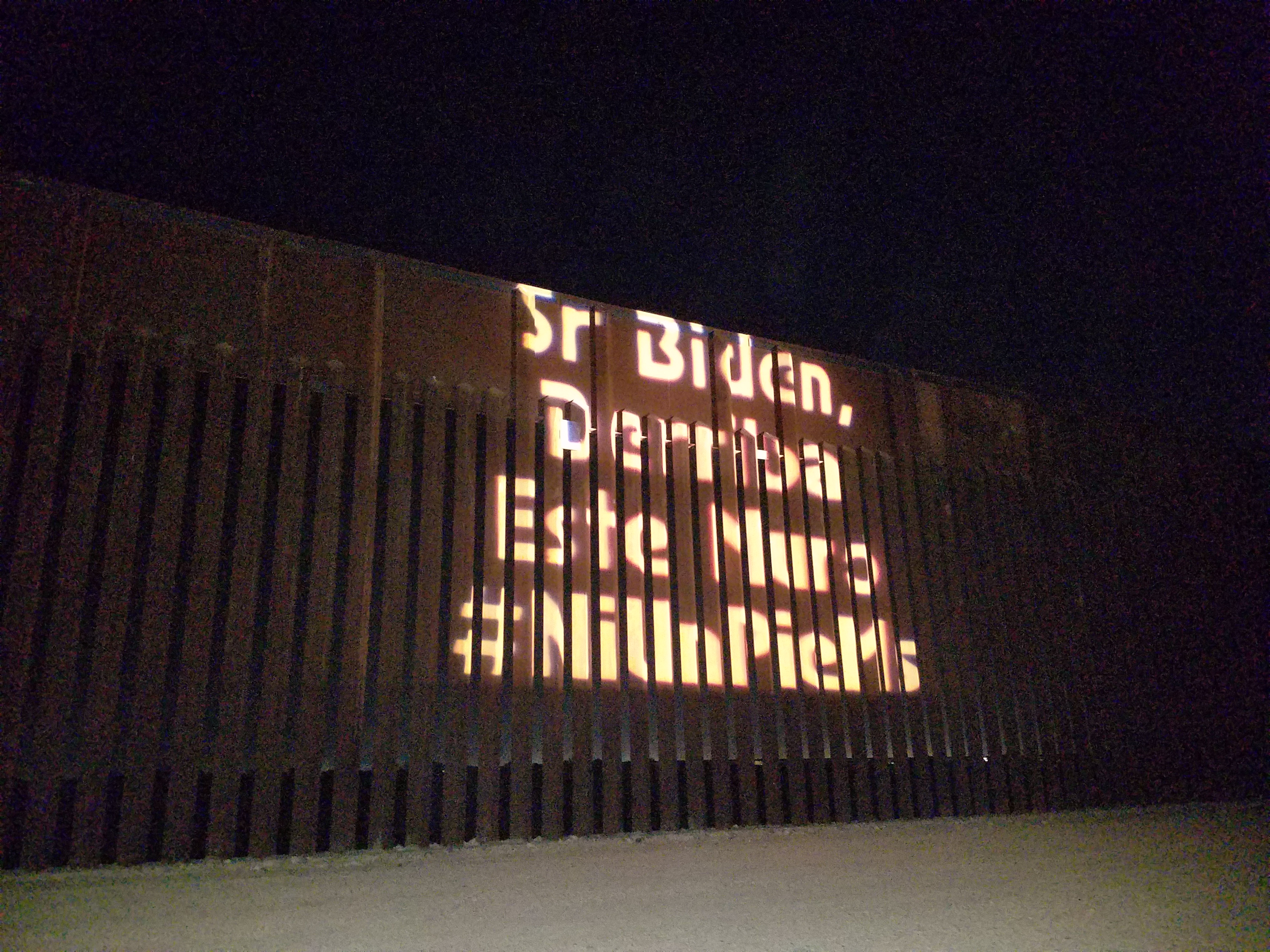 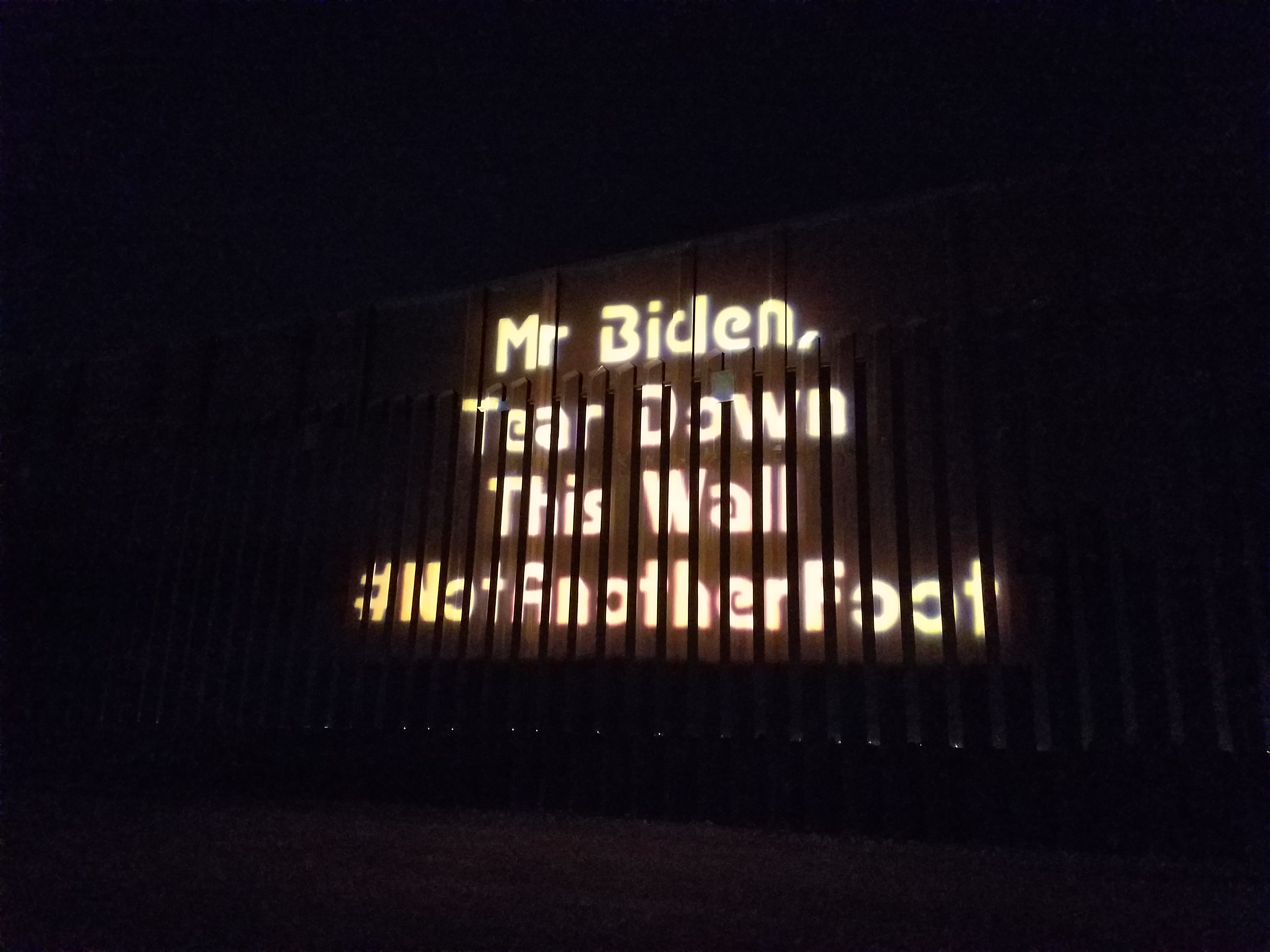