(Under construction - More to come.)

Here's a teaser for some of what will be offered on Thursday, June 23, 2016 at Localize This!

9AM - 10AM - Bhakti Yoga with Zarna Joshi - spiritual activism, storytelling, and sacred sounds as a powerful way to change the values of society while confronting oppression within ourselves and the system. 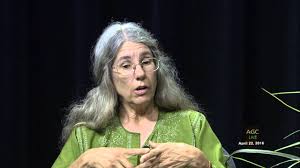 Karen Coulter is our featured presenter for Wednesday June 23rd

Karen has been involved in Earth First! since 1984 and is the current director of the Blue Mountains Biodiversity Project, a grassroots organizations which monitors Federal agencies policy’s of logging and toxic herbicide-spraying on public lands in Eastern Oregon. She has been an activist on environmental, anti-nuclear and social justice issues since 1980, working for groups such as the American Friends Service Committee against the MX missile.

She was present at the first EF! Organizers Conference/Winter Rendezvous, was part of several of EF! historical campaigns such as Redwood Summer and Cove/Mallard and has been arrested at least 13 times for civil disobedience. In 1993 she was given the William O. Douglas award for Courage in Activism by Oregon Natural Resources Council. Coulter is also a current board member of the League of Wilderness Defenders and Alliance for Sustainable Jobs and the Environment, and was a former board member of the Fund for Wild Nature. She has a B.A. in English and Psychology from Reed College.

Karen Coulter is the author of the book The Rule of Property, co-author of Branded With Desire and a contributor to the Earth First! Journal. She is currently working on a new book exploring the role of property in the rise of corporate power called Branded With Desire: Warrior Poetry for Earth First! Round River Rendezous 1980-Present, By Dennis Fritzinger and Karen Coulter “a poetic journal from 30 years of EF! Rendezvous and Actions!” (available through the Earth First! Journal)

Watch this great video about the work she does.

Overview of visual tactics for day and night time action.  From banners to puppets, projection to inflatables.   Week survey the range of tools we use, materials, design process and presentation to maximize impact. We'll conclude with a consultation on Orioles campaigns and inspiring ideas for future artful activism 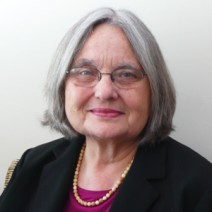 7pm
Mary Lou Finley: How Do  Social Movements Work?:  The MAP Model as a Guide
This interactive workshop will help activists to see how their social movement is growing and developing and to explore  next steps for moving it further  along  toward success.   We will also explore the roles of social activists and how people playing different roles can support each other and  work successfully together.  The MAP Model has been used successfully by activists in many movements for decades, especially those in environmental movements, and most recently in Seattle those in the LGBT movement.  Workshop leader Mary Lou Finley worked closely with the author of this model, Bill Moyer of Philadelphia, and co-authored   the book Doing Democracy, the MAP Model for Organizing Social Movements with him.
Bio: Mary Lou Finley launched her work as an activist when she learned about protest, nonviolence, and social movements while on the staff of Martin Luther King, Jr. in Chicago in the 1960s.  She has been active in many movements, including the women's movement, the anti-nuclear power movement of the 1970s, the peace movement, labor rights for women, and many more.  She participated in a two-year nonviolence  training program operated by the Quaker-related  Movement for a New Society in Philadelphia in the 1970s, and continues to work with friends and allies from that era, most recently with the group at Ground Zero, working on developing strategies for their work  against nuclear weapons.  She is also a Kingian nonviolence trainer and active with trainers further developing Dr. King's approaches to change.  She taught sociology for 30 years at Antioch University Seattle, where she focused on teaching about social and environmental issues and social movements. She has recently completed co-editing a book on Dr. King's work in Chicago (The Chicago Freedom Movement), and is now focusing on developing training experiences for today's activists.