Madison WI Solidarity Brigade did their part in the Global Climate Strike through messaging and actions. They set up their projections at the Wisconsin State Capitol Building and Madison Gas and Electric (one of the dirtiest power suppliers in Wisconsin).

Thousands of people turned out for Friday's march. One SB member, along with nine others, was arrested for disorderly conduct at the Capitol building rotunda in a peaceful sit down, refusing to leave when the building closed. Most were from Extinction Rebellion. "We sang a deafeningly terrible version of Bohemian Rhapsody in the echoing building."

Check out photos of the march in the Wisconsin State Journal! 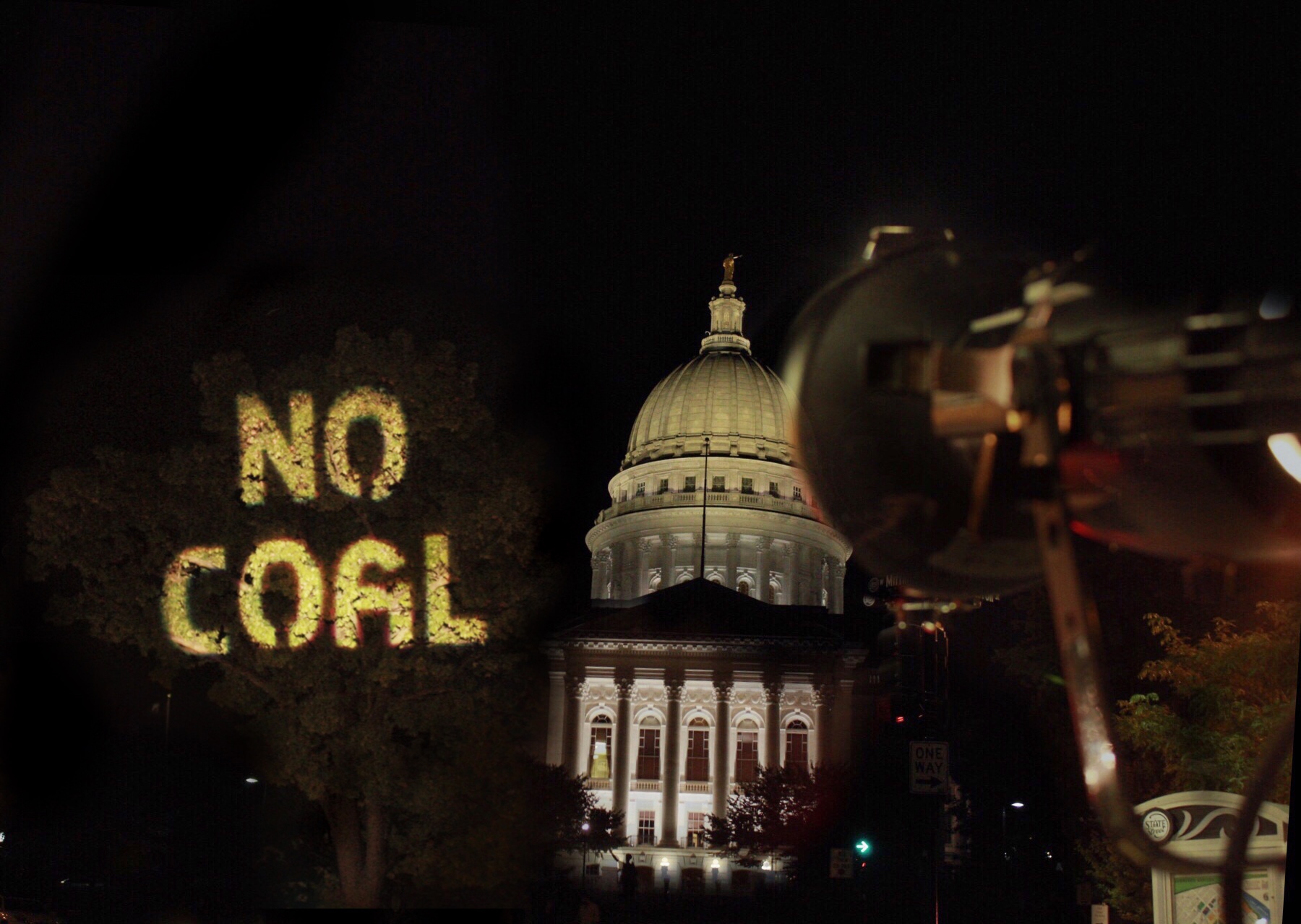 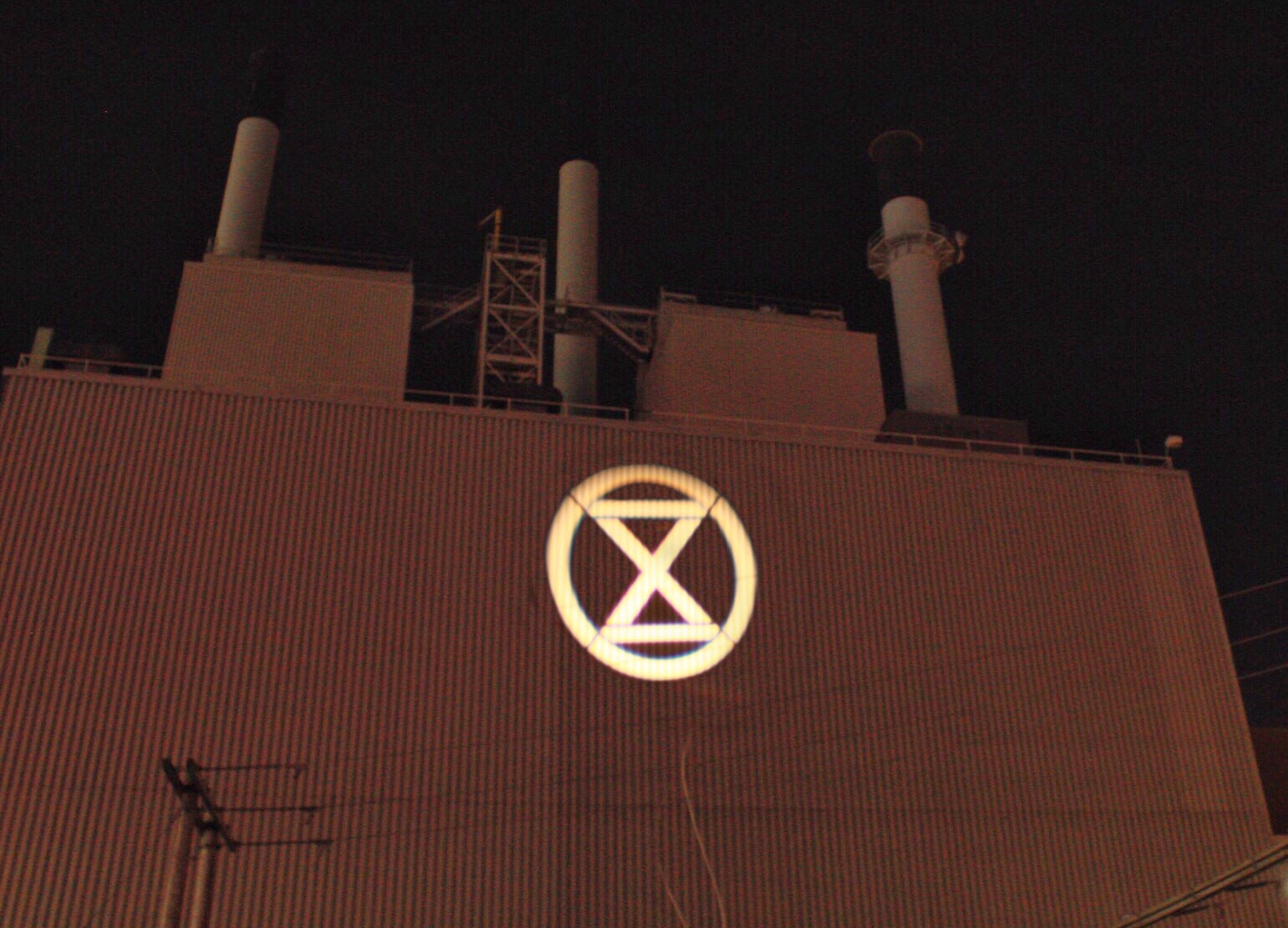