Maryland Rally Outside Of Gerrymandering Hearing

Represent Maryland rallied outside of the Supreme Court before/during arguments regarding the Benisek v. Lemone gerrymandering case for Congressional District 6 in Maryland. 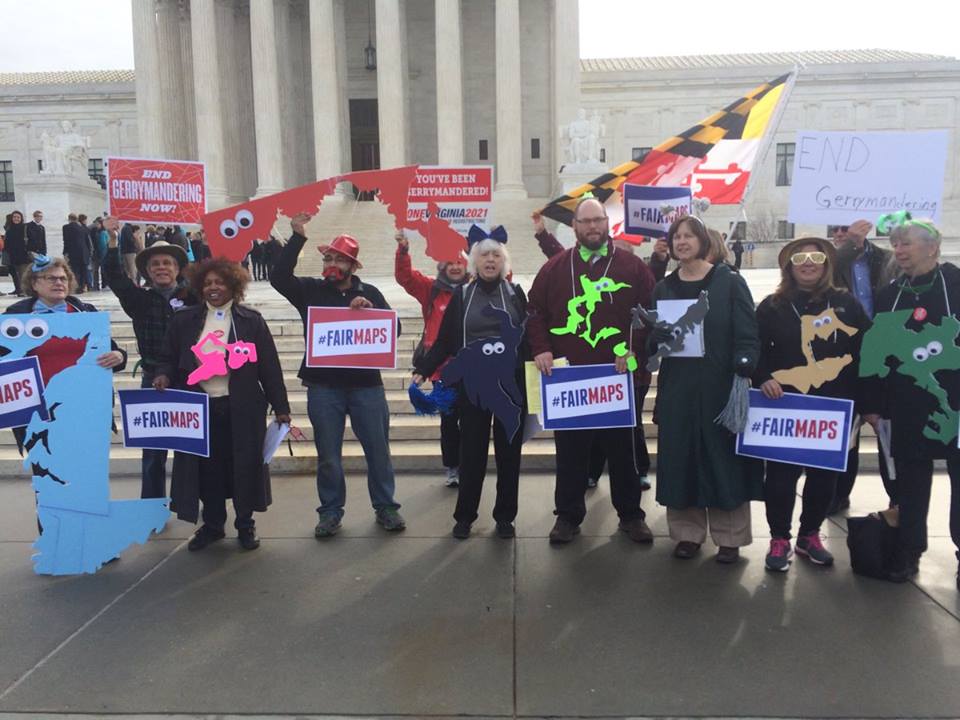 The team had cut outs of each of the Maryland Congressional District including the one in question. Each person dressed up in a "Gerrymonster" costume and did a bit of street theater to personify the each district and its' constituents, and its' shortcomings in the way it was drawn and redrawn.

The person who brought the case and attorney who argued in front of the Supreme Court came out and spoke after finishing up in court.

The D.C. Solidarity Brigade helped create the cutouts which provided a strong visual for folks to understand how crazy and non-sensical the drawing of districts really is.

The Facebook livestream gives full sense of the action.

The event was covered by The Frederick News-Post.

All photo credit to Cristi Demnowicz. 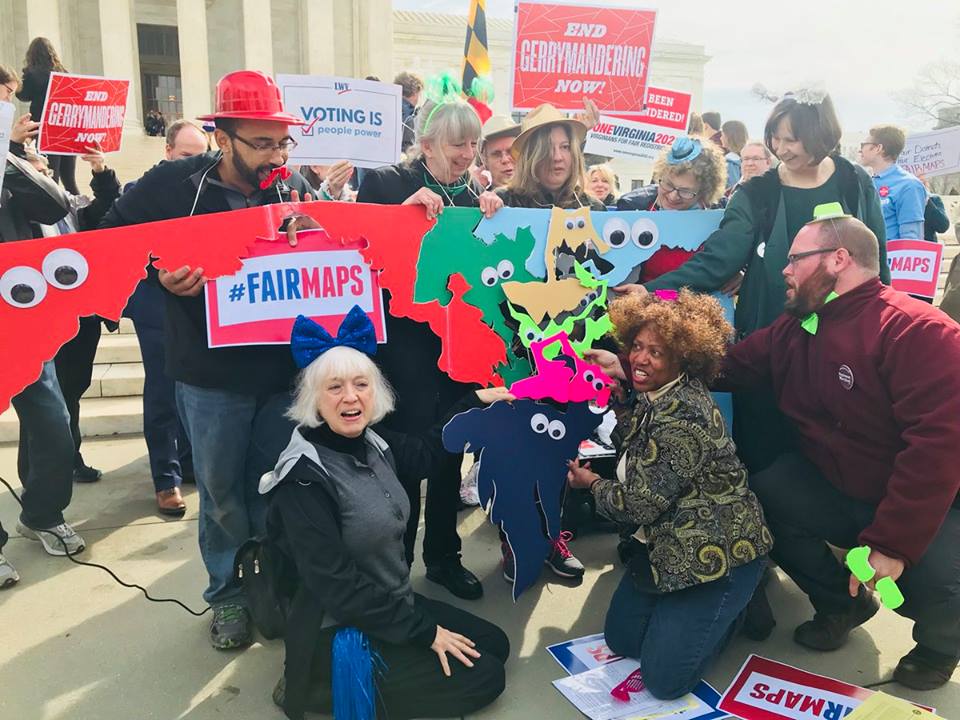