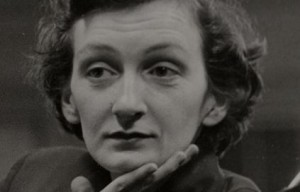 Anne McCarty Braden was an American civil rights activist, journalist, and educator.From a very young age, growing up in the South, she knew she would dedicate her life to civil rights and racial equity.

Anne Braden: Southern Patriot provides a moving, in-depth biography of an organizer and journalist who for a remarkable 60 years participated in the most significant movements for racial and economic justice in this country’s most conservative region - the South. Rev. Dr. Martin Luther King, Jr. praised her steadfast activism in support of civil rights and civil liberties, but she was threatened, attacked, indicted and labeled a “Communist agitator” and “race traitor” by white supremacists. Her conservative background gave her special insight into white racism, why it poses such a great obstacle to social change in this country and what progressive white people can do to end it.

Braden’s work as a journalist in Alabama and Kentucky in the late 1940’s along with her husband, Carl's, activities with unions and the small yet energetic left-wing community in the South, made her sensitive to the social inequalities all around her. In 1951, Braden joined a delegation of white women who traveled to Mississippi to prevent the execution of Willie McGee, a black man falsely accused of raping a white woman. Her experience in that case and others led her to write “A Letter to White Southern Women” a groundbreaking – and controversial - statement on the intersection of race and gender.

The 1954 landmark Brown v. Board of Education Supreme Court decision ignited a fierce backlash and mob hysteria among Southern segregationists. That same year, the Bradens purchased a house in a “white” neighborhood in suburban Louisville on behalf of an African American couple. Racists bombed the house and the Bradens along with other supporters were charged with being responsible and indicted for fomenting discord among the races! Carl Braden was convicted and sentenced to 15 years but, the Supreme Court nullified state sedition laws. The Bradens waged a successful campaign to have all the indictments thrown out.

Undaunted, the Bradens joined the staff of the Southern Conference Educational Fund (SCEF). Anne edited their publication, The Southern Patriot, which became known as the most reliable, up-to-date source on the unfolding Civil Rights struggle. In the late 1960's, the Bradens and SCEF answered the call by some black activists to build progressive movements among poor and working class whites by supporting the GROW Project in Alabama and the Southern Mountain Project in Appalachia (for which the Bradens were again charged with sedition in 1967).

Anne Braden persevered after Carl's death in 1975, fighting an anti-busing campaign and police brutality in Louisville, organizing against a resurgent KKK, leading Jesse Jackson’s presidential campaign in Kentucky and challenging the notion of “reverse discrimination”. She convincingly countered that whenever black people won gains, poor and working class whites benefitted as well.

The film is co-sponsored by Vashon SURJ.  The event is made possible thanks to the generous contribution of the Theatre by Vashon Theatre and Island Green Tech. Admission is by donation to Backbone Campaign, a 501c3 not for profit.  Lumbar Club members, donors who support Backbone Campaign with a monthly contribution, get in free, in gratitude for your ongoing support.