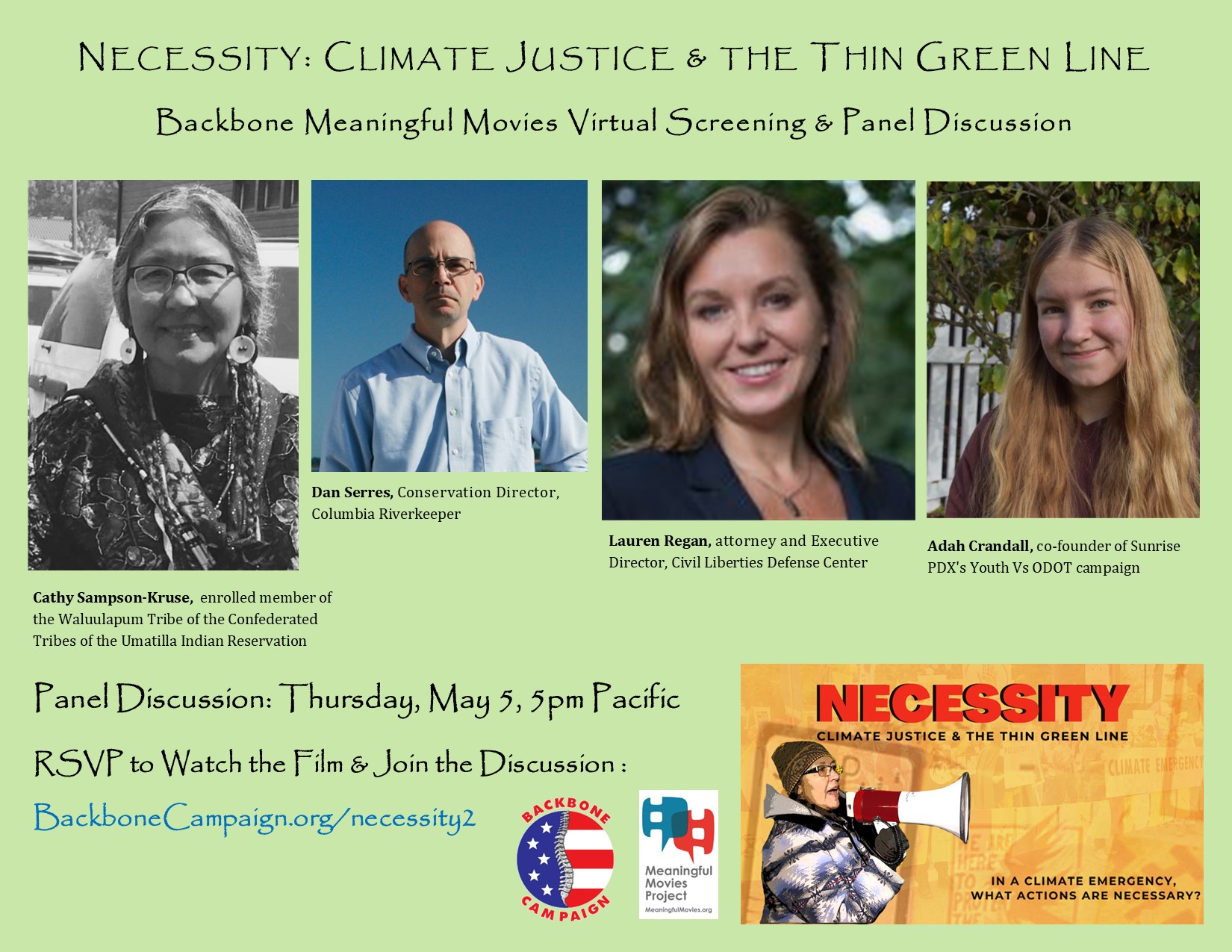 A screening of the film will take place on Zoom at 4pm on May 5th, but you are encouraged to watch it on your own prior to the Panel, for a better viewing experience.  When you RSVP BELOW, you will be emailed the link to watch the film on your own, as well as a link to join the Panel Discussion.

Register below. After you sign up, you will be directed to a webpage to make a donation to help support costs for this event. Contributing is optional.

The documentary is set along the rivers of Oregon and follows activists as they enlist the necessity defense in a jury trial after being arrested for a direct action at Zenith Energy in Portland. This story of climate resistance in the Pacific Northwest brings into view a historical landscape of tribal leaders, Indigenous activists and white allies as they resist oil trains and trucks carrying these highly inflammable products through treaty lands. In following the path of oil-by-rail and oil resistance along the Columbia, we revisit lessons of the New Deal era of building massive dams and what climate activists take from that era in thinking about a Green New Deal.