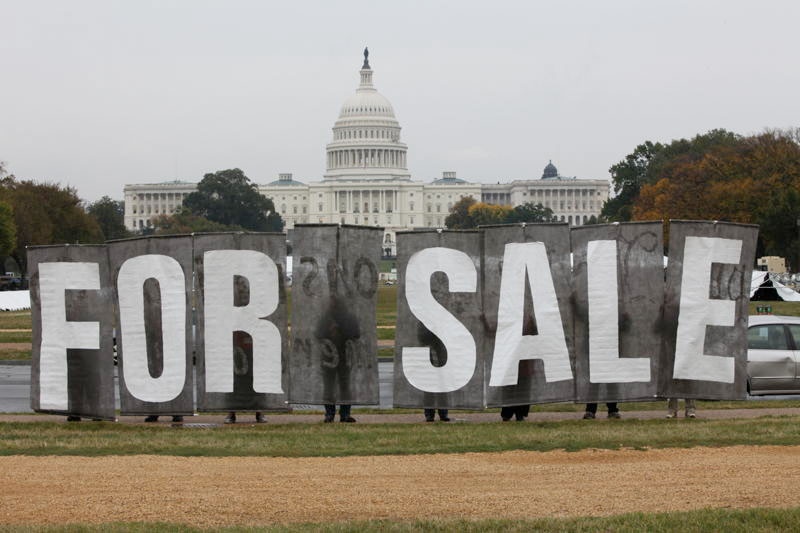 Mike Lofgren's essay in The Guardian 1-17-2016 and his writings on the Deep State are a "must read" for those who aspire to help build a just and sustainable society with an actual democracy. I highly recommend his book, The Deep State: The Fall of the Constitution and the Rise of a Shadow Government.  Below are my reflections and his recent essay.
Disdain for the status quo in the US is nearly universal - AND - given the complexity and chaos of our times, change is inevitable.  But who will define what "change" looks like?  This dissatisfaction and inevitability represent our greatest opportunity and greatest challenge of our time.  We must dislodge this Deep State and channel the energy of inevitable change toward a just and sustainable society.  But our opponents are consolidating their power through treaties such as the TPP, institutionalizing their rule with the Deep State Mike Lofgren describes, and feeding a violent faux-populist arm of racists thugs to draw energy away from a populism that could actually deliver a future worth living for. 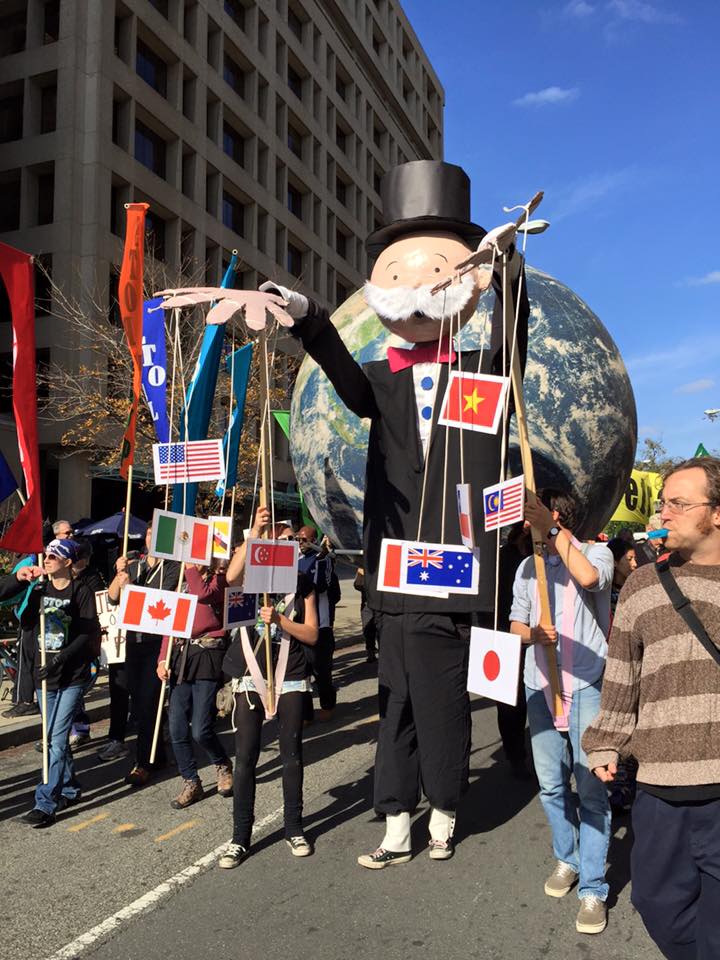 The Oregon BLM takeover and the sympathies (even if overestimated) - as does Trump's popularity (even if overestimated) demonstrate that our efforts are ever more important and our potential for victory precarious. The guardians of the status quo's grooming of a negative populism channels the natural rebellious response to the maddening forces that motivate our own populist activism demands an Aikido move. We need to find ways to reach into communities and appeal to their rightful disdain for status quo and help that energy flow toward something beautiful rather than something hateful.

The success of 28th amendment effort to remove the corrupt equation of money = political speech and the obscene correlation of corporations = people by Move to Amend  depends upon a movement building strategy.  Movement building requires expanding alliances, increasing cohesion and deepening the resolve of our people. Any victories achieved without progress in expanding social movement are empty. Yet, as we succeed the result will be the delivery of increasingly greater victories, and deeper than mere Constitutional reform. 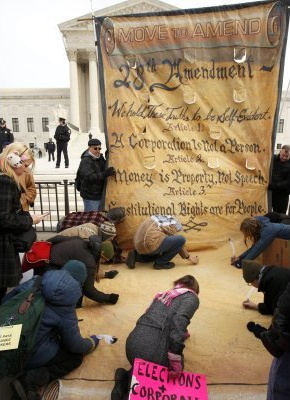 Our work cannot be merely social media campaigns, citizen initiatives or in-the-streets resistance. To be successful we must create opportunities for entry into a real conviviality around what we hold in common and what connects people to each other on this journey.  Connecting people to each other in ways that honor what is sacred to them, i.e. family, community, place and future generations.  This is the means for creating the alchemical chain reaction needed to build power for a positive populism.  But, we must appeal to what is best in people more effectively and more rapidly than our opponents harness that which is worst in people.

Again, the means and the ends of this work must be harmonized and in a sense inseparable.  We must also have a positive program of building a culture and society of resilience along with our resistance.   We must counter forces of fragmentation in our communities and alienation from place that detach us from the world upon which we depend.  Our social movement must liberate people from the anxieties of a perpetual debtor status by de-colonizing and de-commodifying people's time/lives. We must carve out space in our and other's lives to make time to access their skills, gifts, hearts and imaginations.  Only with such a broad approach to change-making and movement building can we increase people's well being and enroll them as the co-authors of our shared future.

Mike Lofgren is one great resource our effort to define what we are up against. Mike is a former aid to a Republican Senator and the author of the books the The Party's Over and The Deep State: The Fall of the Constitution and the Rise of a Shadow Government. Below is Mike's essay published in The Guardian 1-17-2016.  I hope you will join me in reading it and continuing to deepen the purposefulness and strategic coherence of our collective efforts.  Whether you prefer the narrative of Star Wars or Lord of the Rings - the battle between these forces of light and life against darkness and death is upon us.  Our inevitable peril if we fail cannot be overstated, so let's banish that option and recommit to the work ahead.

PS - For those looking for possible next steps, I encourage you to check out the tools provided by the Backbone Campaign and for those specifically in Washington State, please check out WAmend's next event: http://www.wamend.org/upcoming_events

An oligarchy has broken our democracy. It must be dislodged 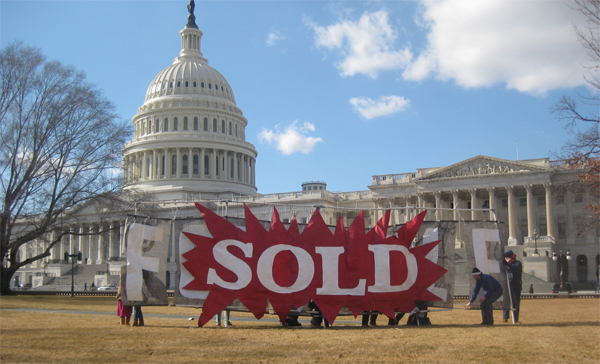 Each new election year promises change. We will choose a new president and new representatives in Congress; fresh faces will make their appearances in Washington DC, while old ones disappear. But what about the people who stay in power, one election after another, less exposed to the public eye?

The concept of a ‘Deep State’ has been around for a while, but rarely to describe the United States. The term, used in Kemalist Turkey by the political class, referred to an informal grouping of oligarchs, senior military and intelligence operatives and organized crime, who ran the state along anti-democratic lines regardless of who was formally in power.

I define the American Deep State as a hybrid association of elements of government and top-level finance and industry that is able, through campaign financing of elected officials, influence networks and co-option via the promise of lucrative post-government careers, to govern the United States in spite of elections and without reference to the consent of the governed.

These operatives use their proximity to power and ability to offer high-paying jobs to government officials to achieve outcomes foreclosed to ordinary citizens. As professor Martin Gilens of Princeton, who studied the correlation between American popular opinion polls and public policy outcomes, concluded: “[T]he preferences of economic elites have far more independent impact upon policy change than the preferences of average citizens do ... ordinary citizens have virtually no influence over what their government does in the United States.”

America’s growing income disparity is not the inevitable result of impersonal forces like globalization or automation. It is the outcome of hundreds of trade, tax and regulatory measures that achieved the preferred outcome – enrichment – of economic elites who contribute to politicians.

Since the 2010 Citizens United Supreme Court decision, big money dominance of politics has gone into overdrive. Over half the money given to presidential candidates in the 2016 campaign comes from just 158 families.

Greed is the prerogative of American elites. Their behavior was described by political scientist Harold Lasswell, who said a society’s leadership class consists of those whose “private motives are displaced onto public objects and rationalized in terms of public interest”.

Consider that in 1992, Secretary of Defense Dick Cheney privatized much of our military’s logistics. A decade later, Halliburton, a company he headed from 1995 to 2000, received $39.5bn in logistics contracts to support operations in Iraq, while Cheney, having been elected to the vice presidency, was receiving deferred compensation from his old firm.

A tell-tale sign of the Deep State’s involvement in policy is the use of fear to make Congress compliant. In 2008, Federal Reserve chairman Ben Bernanke helped panic Congress into approving a virtual no-strings bailout of Wall Street by claiming that if it didn’t approve the measure immediately, there would be no economy left. Since he left the Fed, Bernanke has made a profitable career giving speeches, mainly to financial services firms, at around $200,000 a talk. 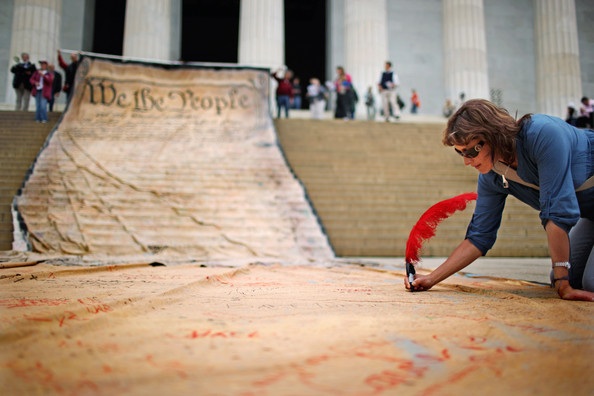 Likewise, when there are economic incentives for war, fear becomes the Deep State’s weapon of choice. In 2002, the Bush administration (and well-paid operatives in the military-industrial complex) hinted at nuclear mushroom clouds to stampede Congress into authorizing an invasion of Iraq in search of nonexistent weapons of mass destruction. During the last 15 years, elites have tried to keep us on the edge of hysteria about terrorism.

But lately it looks as if they did their job a little too well. People are now so conditioned by fear of threats that many support a political candidate who ignores the euphemisms of the political class and openly appeals to xenophobic fascism rather than a status quo of oligarchy camouflaged by pro forma elections.

The calculus of the Deep State has been upset by Donald Trump, a narcissistic pseudo-populist billionaire, who, ironically, is a symptom of all the pathologies within the Deep State. His followers may be misguided, and Trump is all too ready to offer them scapegoats, but they instinctively sense that there is something deeply wrong with the status quo.

At the other end of the political spectrum, Bernie Sanders has overthrown the current model of elite financing of candidates. Tens of thousands of his energetic followers – Sanders’s average contribution is under $30 – actively seek a return to the New Deal and the Great Society.

The Deep State may yet reassert itself through money and fear, but the 2016 election looks to be the first ballot of a longer-term national referendum on what it has made of our society.