People rallied on the steps of the Temple of Justice building at The Washington State Capital in Olympia to insist that the Orca Task Force recommendations include breaching the Lower Dams on the Snake River. 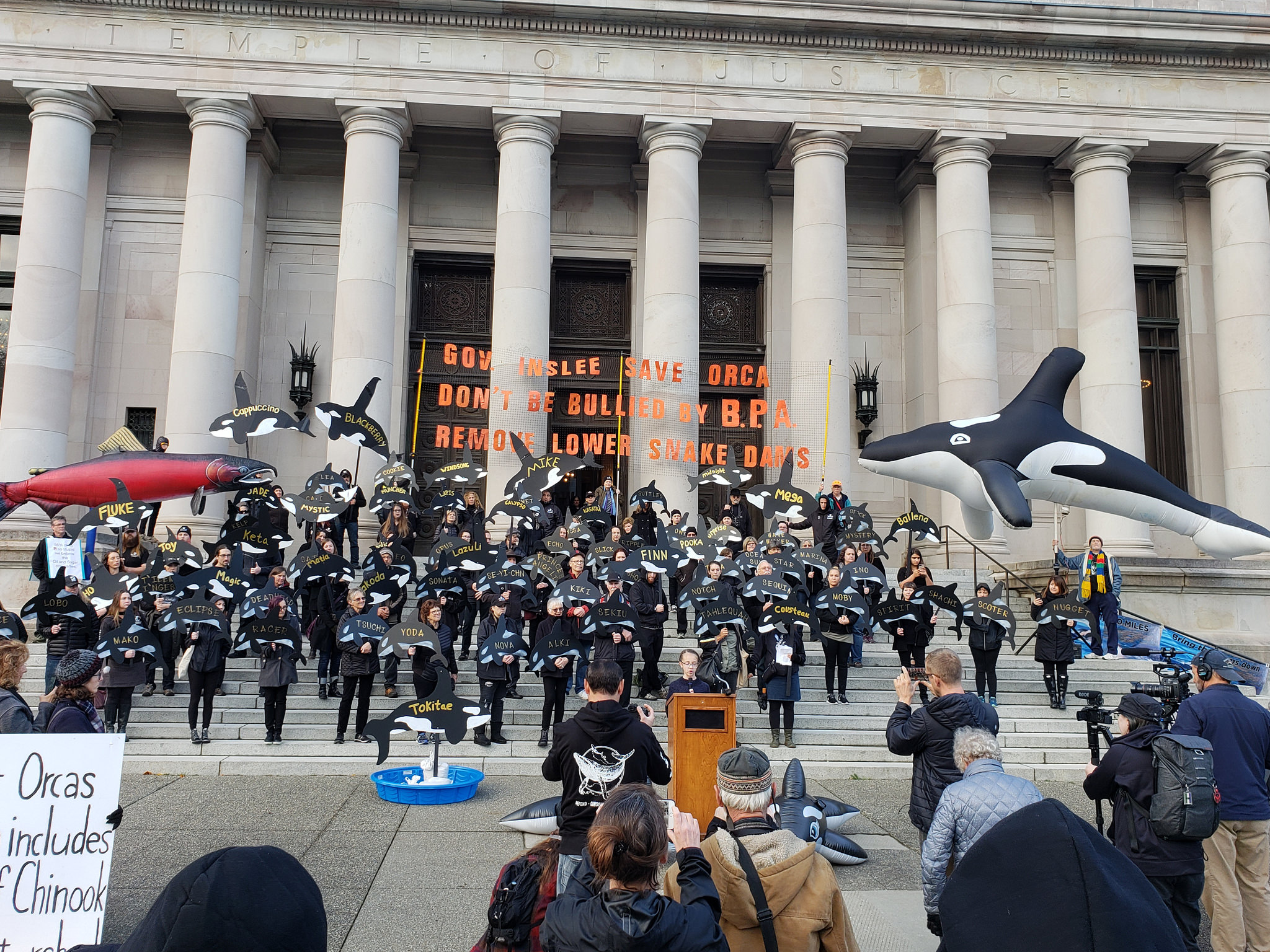 The Orca Task force's preliminary recommendations do not include Breaching the LOWER 4 DAMS ON THE SNAKE RIVER. It is position of folks at the rally that these Dams need to be breached ASAP using the 2002 EIS, OPTION #4.

"We hope beyond hope the breaching of the 4 LSRDs in first months of 2019 will be at the top of the list of recommendations (due that day, November 16th). If not, we will be poised to respond and remind Governor Inslee, as well as the world, exactly what 74 starving Orcas look like & that the breaching of the dams is the most impactful action to be taken for lasting salmon recovery."

See more photos of the event on Backebone's Flickr. 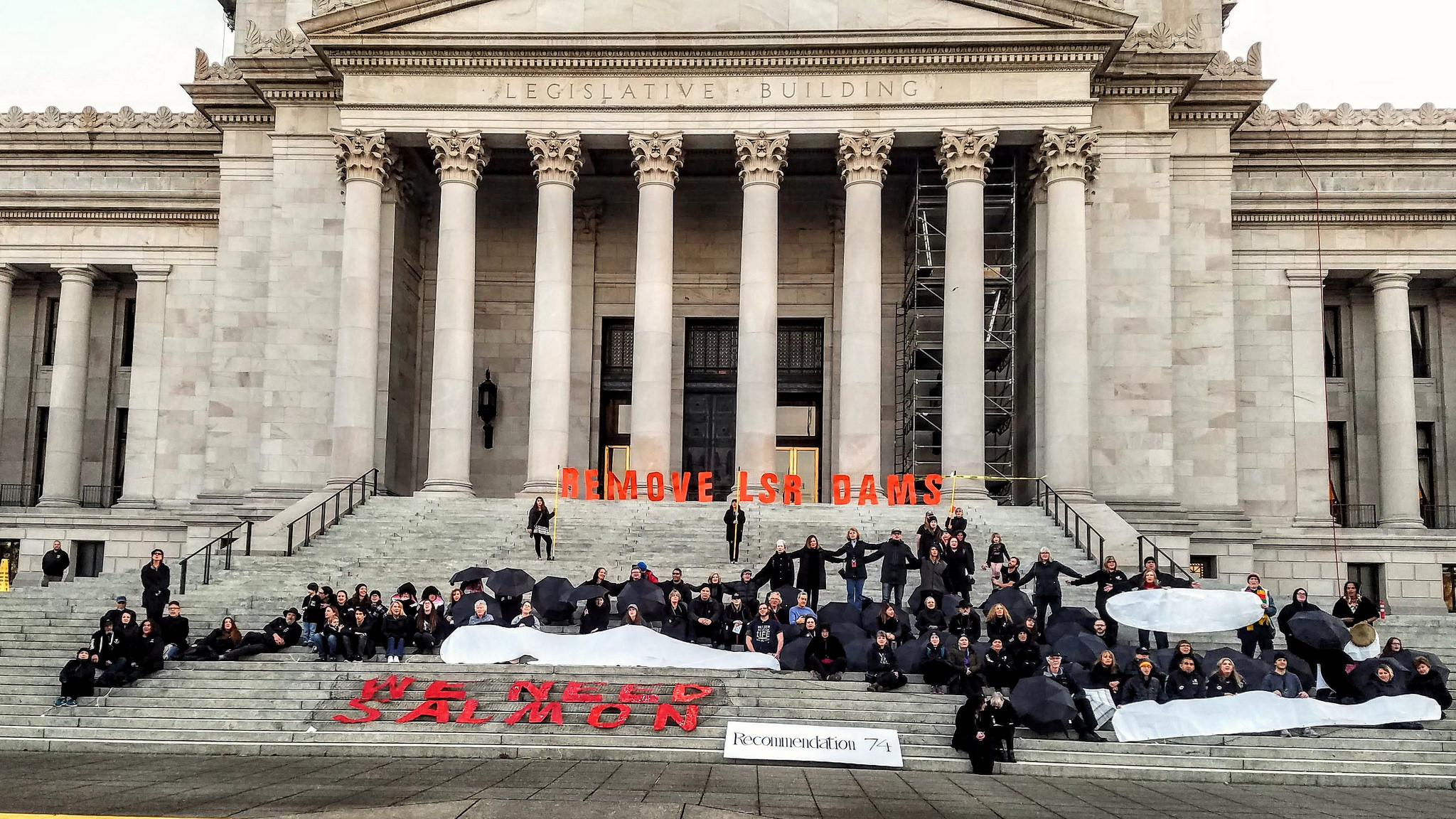