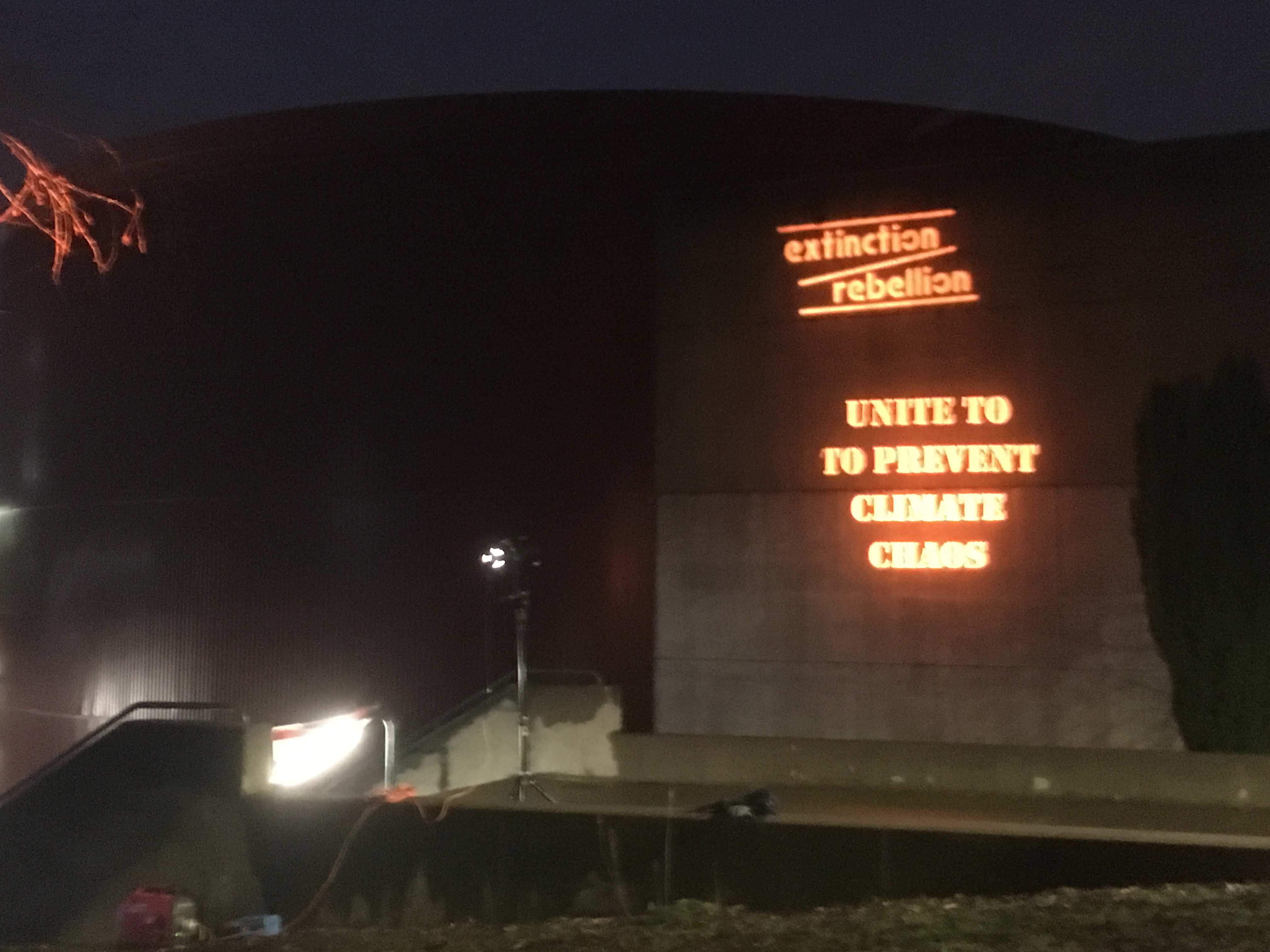 Outside Senator Ron Wyden's Town Hall bloviation session at PCC Sylvania on Valentine's day, the team lit up the wall with the Extinction Rebellion title and the message "Unite to Prevent Climate Chaos."  The Senator reportedly avoided any commitment on Medicare For All or the proposed Jordan Cove LNG export facility, all the while tooting his own horn for holding such meetings.  One persistent questioner tried to pin the good politician down after he dodged a clear question about Health Care, but the Senator managed to evade the question. 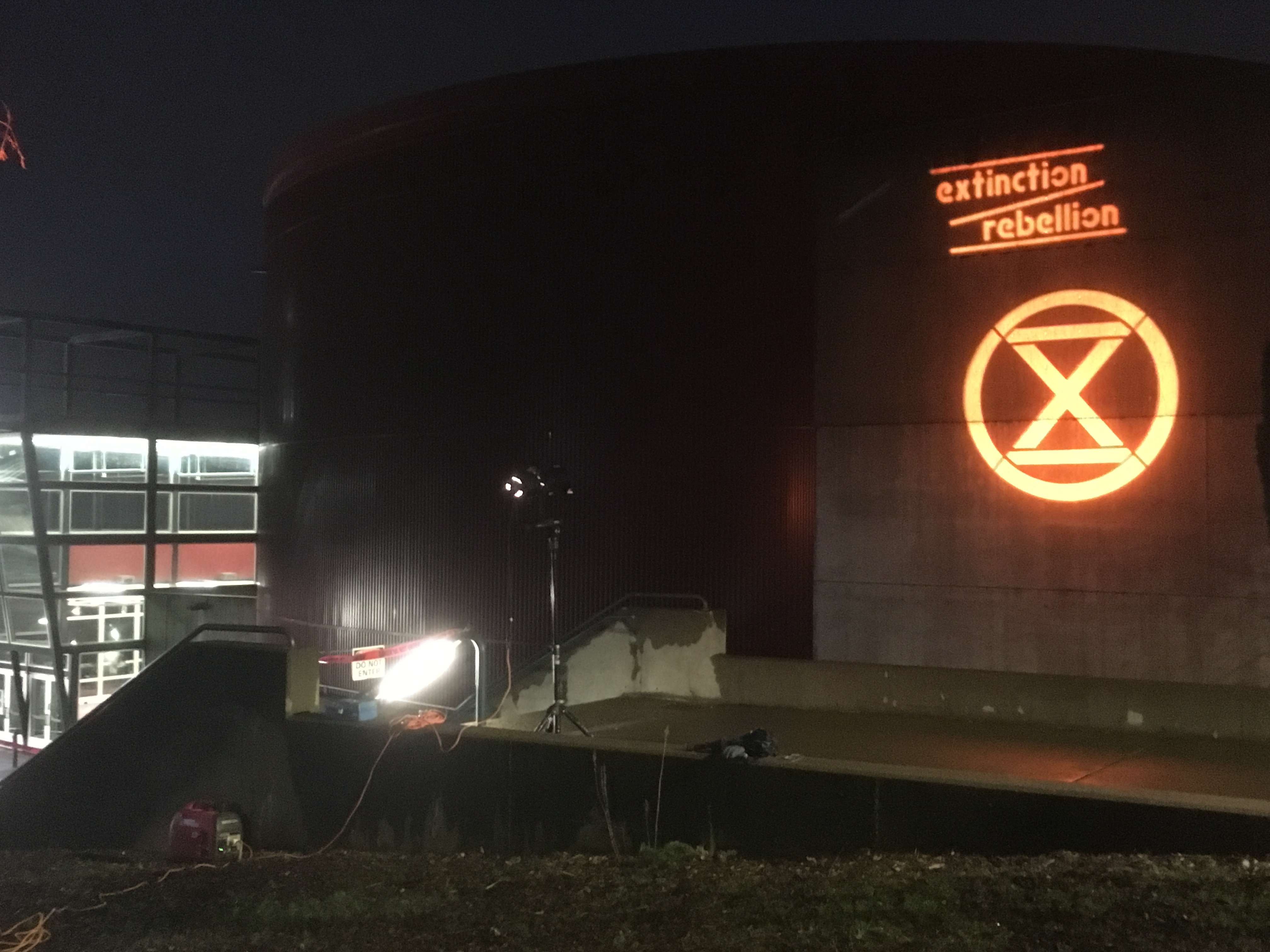