Justice was not served for Breonna Taylor

Tina in Portland, Maine projected in solidarity with Black Lives Matter Maine, to protest that Justice was not served for Breonna Taylor. BLM Maine gathered outside the Portland Maine Police Department, standing in solidarity with people across the country.

Tina reports, "I planned this towards the end of a BLM Maine event. I did not want to escalate the tense environment. BLM Maine has been receiving thousands of death threats and have been unable to hold events due to the death threats and the growing white supremacists and agitators that show up. The Portland Maine PD won't keep POC safe and are asking organizers to change and/or cancel events. This has silenced them. With the announcement that no justice will be served for Breonna Taylor in Louisville KY, BLM Maine has broken their silence and chose to show up at the PD to stand in solidarity with people across the country."

The action received coverage from CBS:

Thank you, Tina, for shining lights in solidarity with Breonna's family and Black Lives Matter. 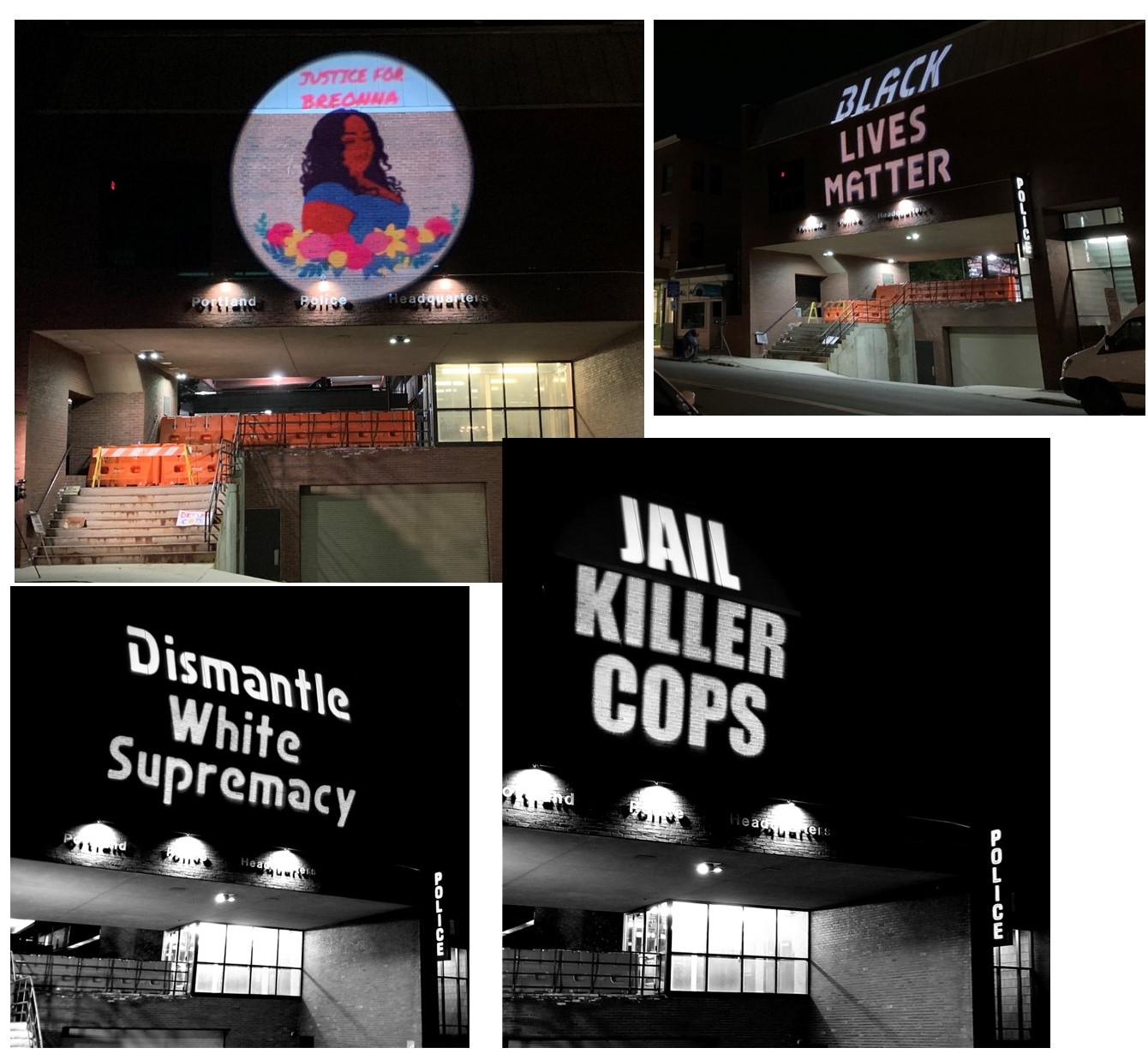