"The Federalist Society is Anti-Democracy"

Backbone East joined with DC organizers to project pro-choice messages during a noise demonstration action. The projection and action happened while an anti-choice group celebrated the fall of Roe v Wade. 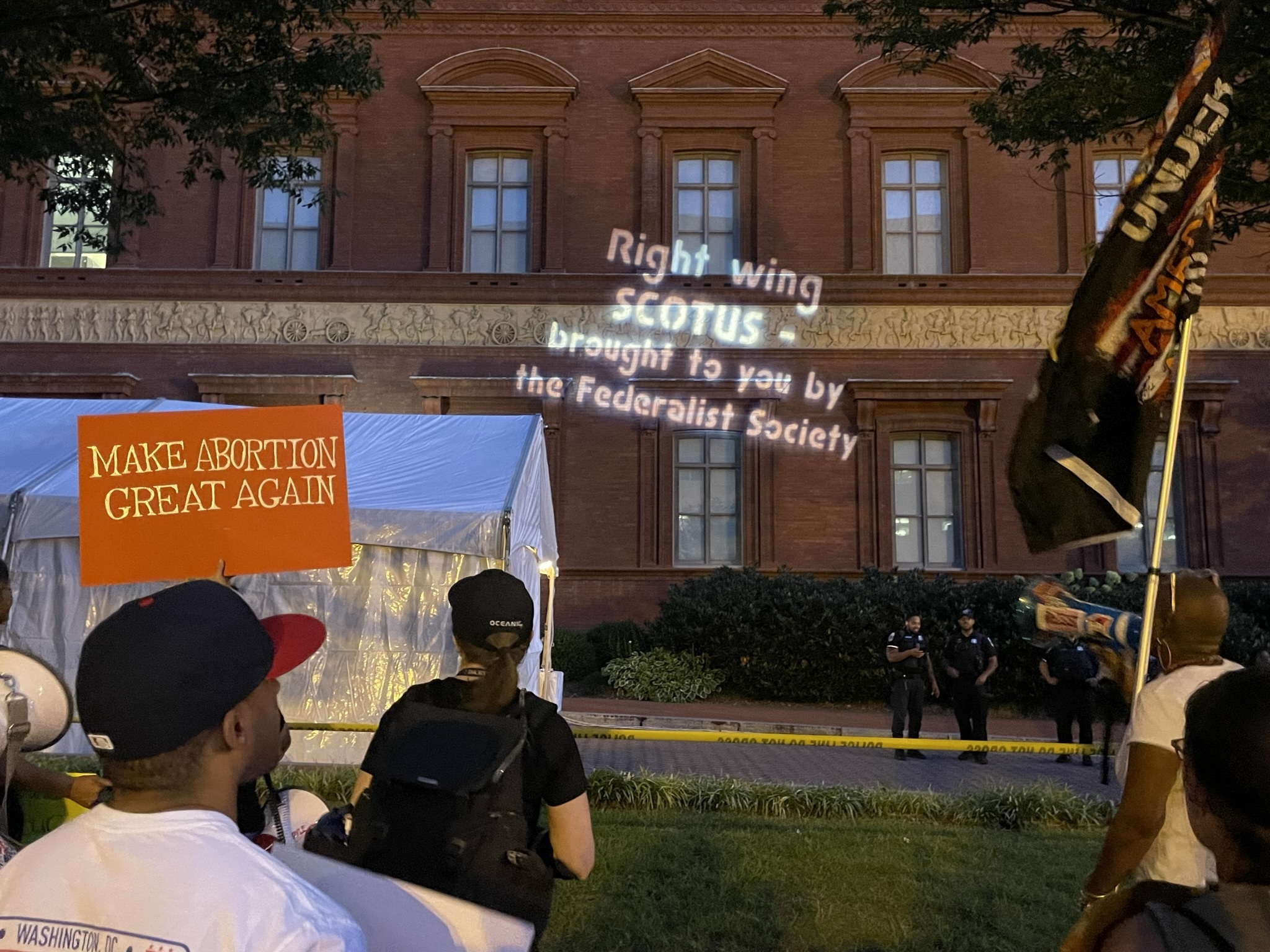 The action occurred at the Building Museum, during the gala of anti-choice policymakers.

The action was amplified by local news: Protestors Confront Politicians Outside Pro Life Gala in DC 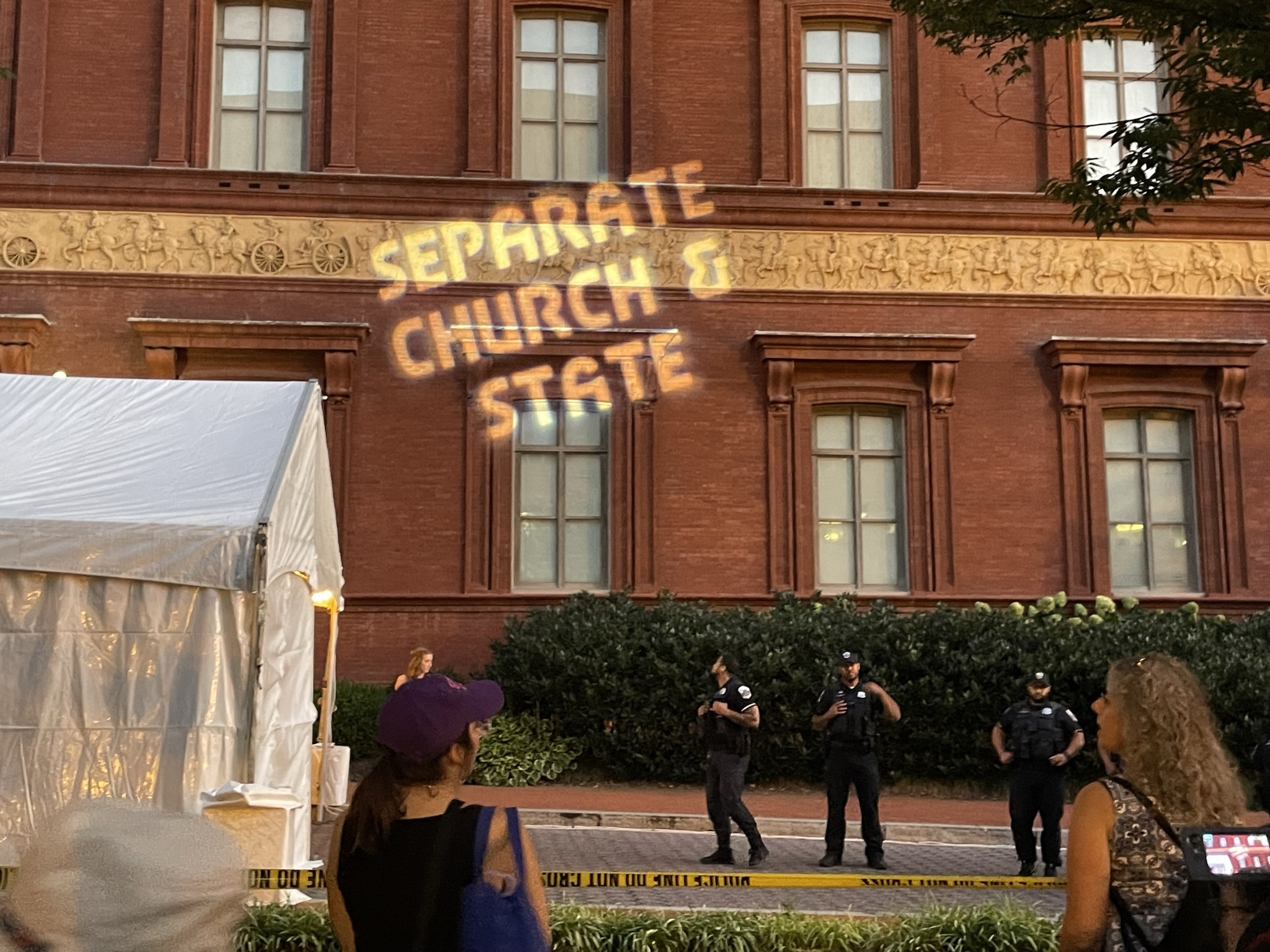 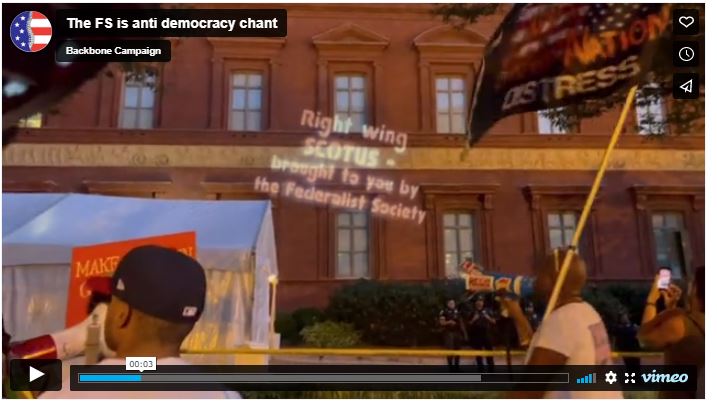