On the night PG&E announced they would declare bankruptcy, the team projected onto their San Francisco headquarters. 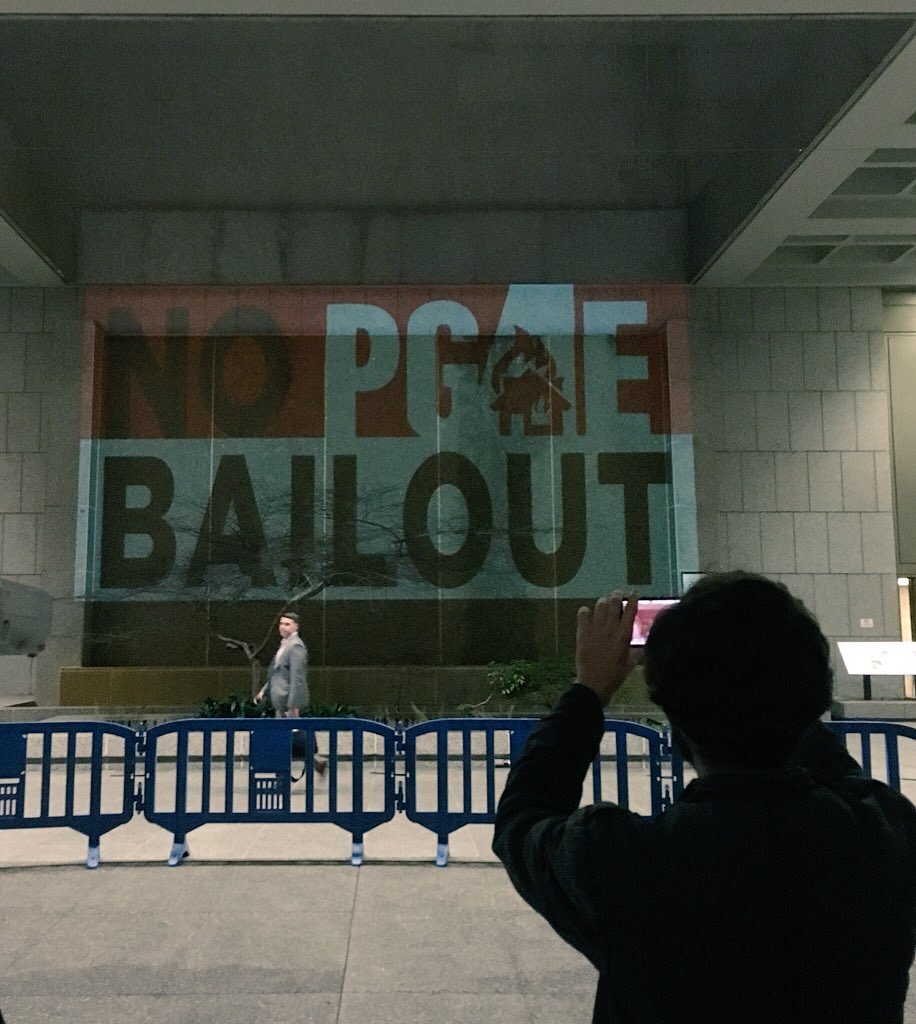 "PG&E has burned us enough times by starting fires in California. We shouldn't have to set our wallets on fire too by by bailing them out," said projection activist Alan Marling. "California should take control of PGE&E and make it a public company. 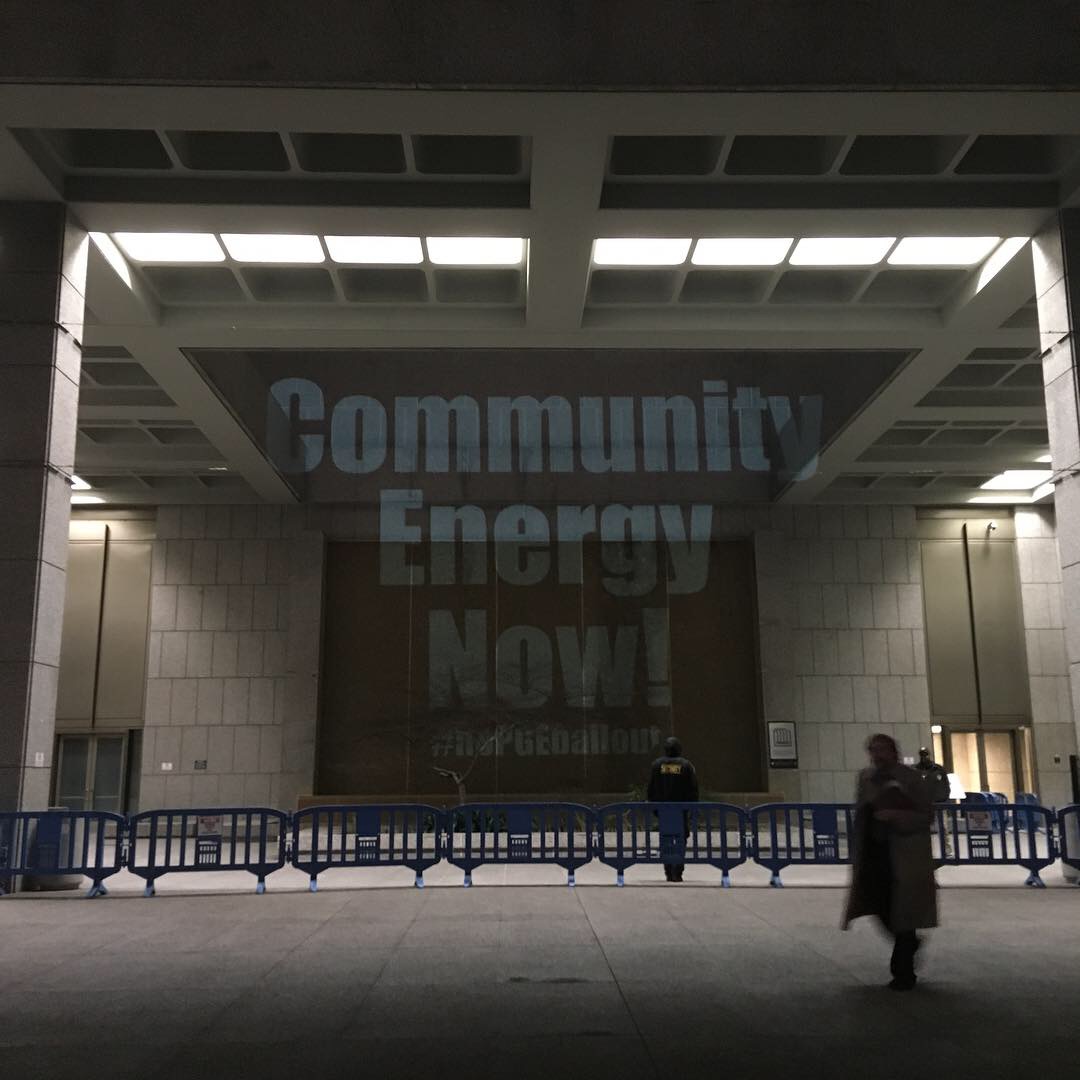 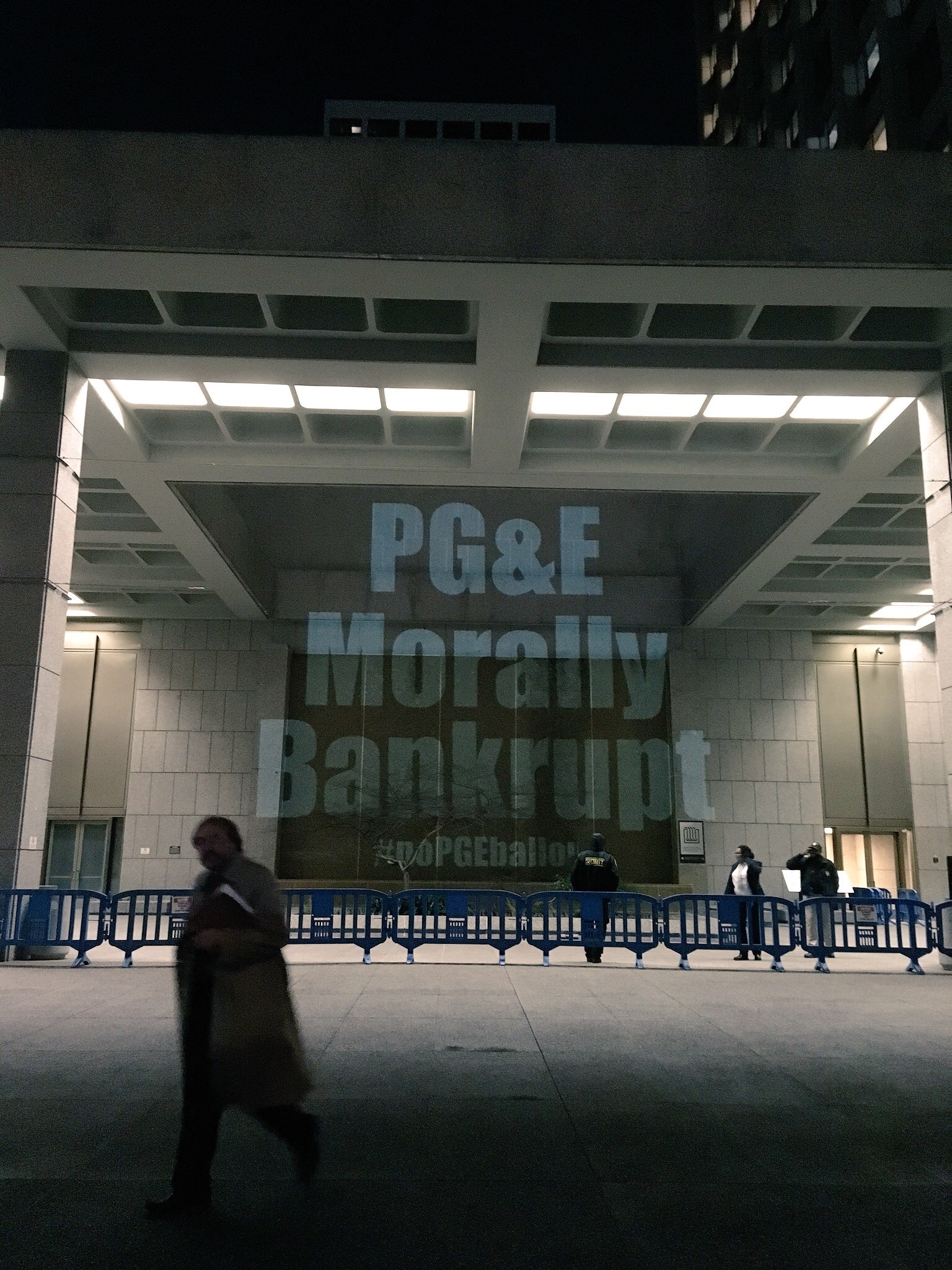