After a year of intense lockdowns the downtown square in Portland, Maine was filled with images and music.

"We filled the square with projections and music...and we waited. And the people came. They danced, they had conversations with friends they hadn’t seen and just soaked it all up. Our beloved Portland was restored to us for a few hours that evening and we were reminded of what we had been missing for so long". Said Tina Davidosn, a projectionist in Portland.

For one evening LumenARRT (Maine’s large-scale projection group that works with non-profits) collaborated with the Kneeling Art Photography Project (thekneelingartphotography.com) ahead of their first gallery series.

The illuminators used one GOBO projector to light up people who wanted to take a knee and be photographed as part of the project. Another GOBO displayed “Destroy Systems of Oppression” and “We Kneel For Justice“. Large animated kneelers were projected onto the library while the photographer’s works were projected onto inflatable cubes. A list of words from those photographed scrolled across the monument in the center of the square. 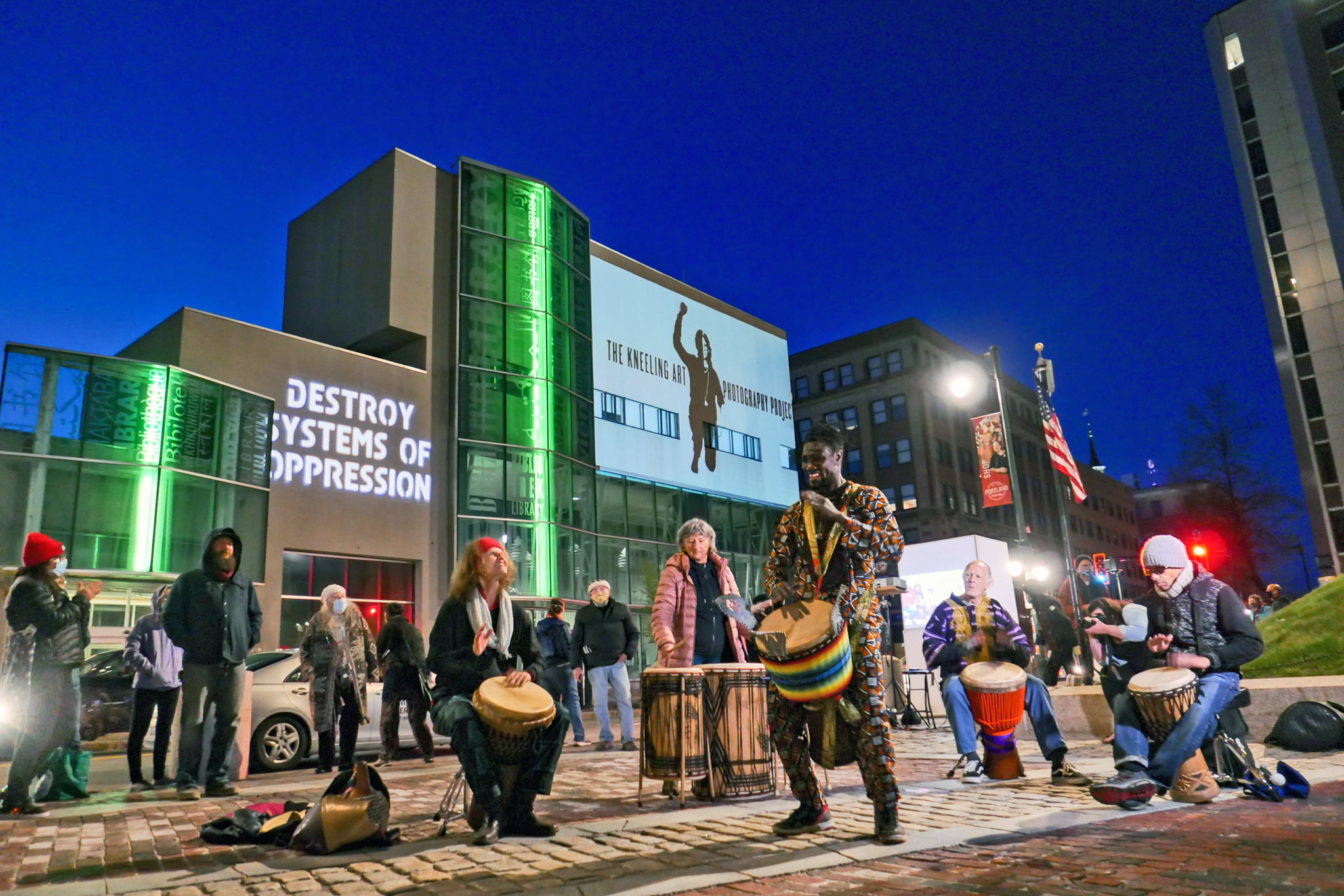 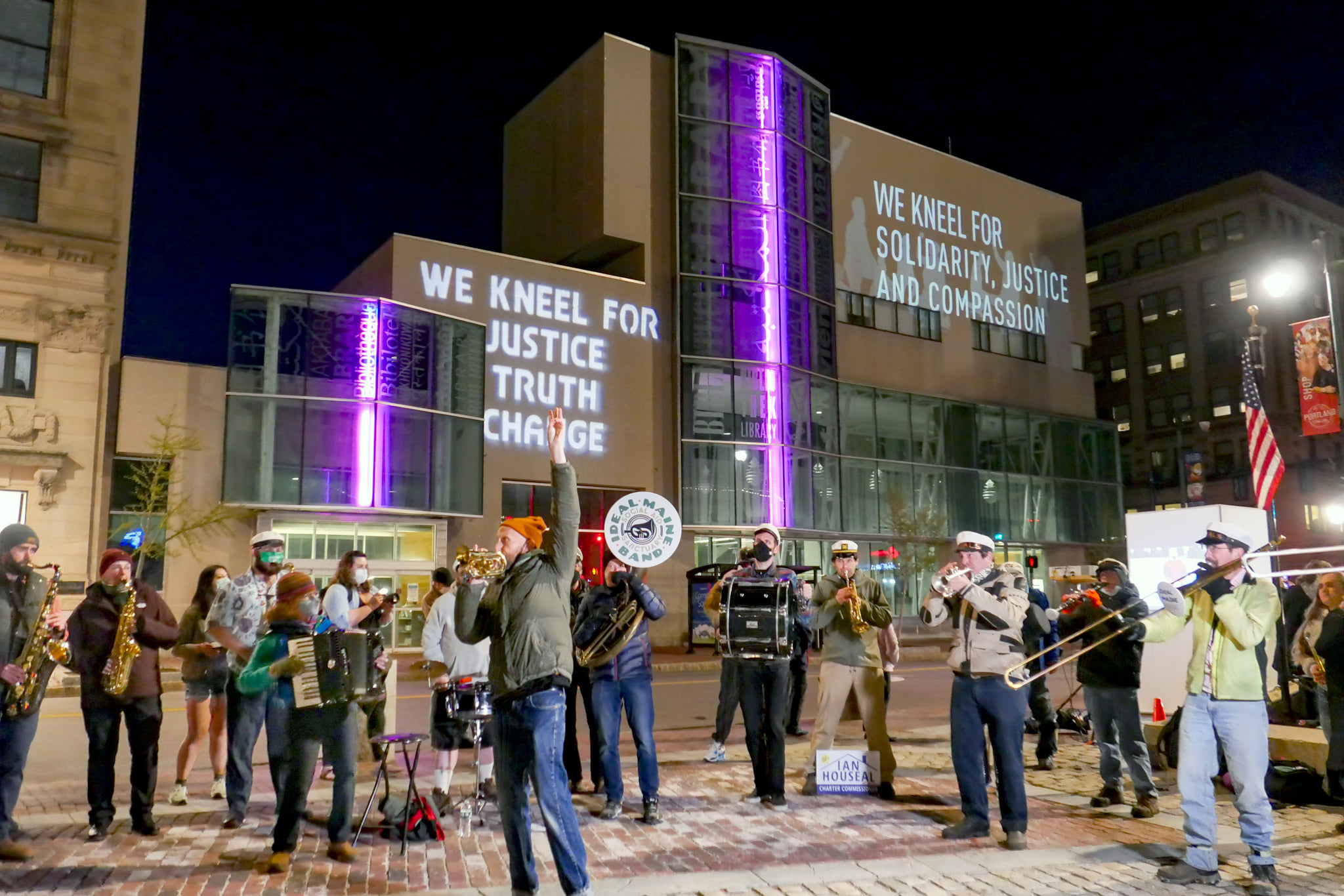