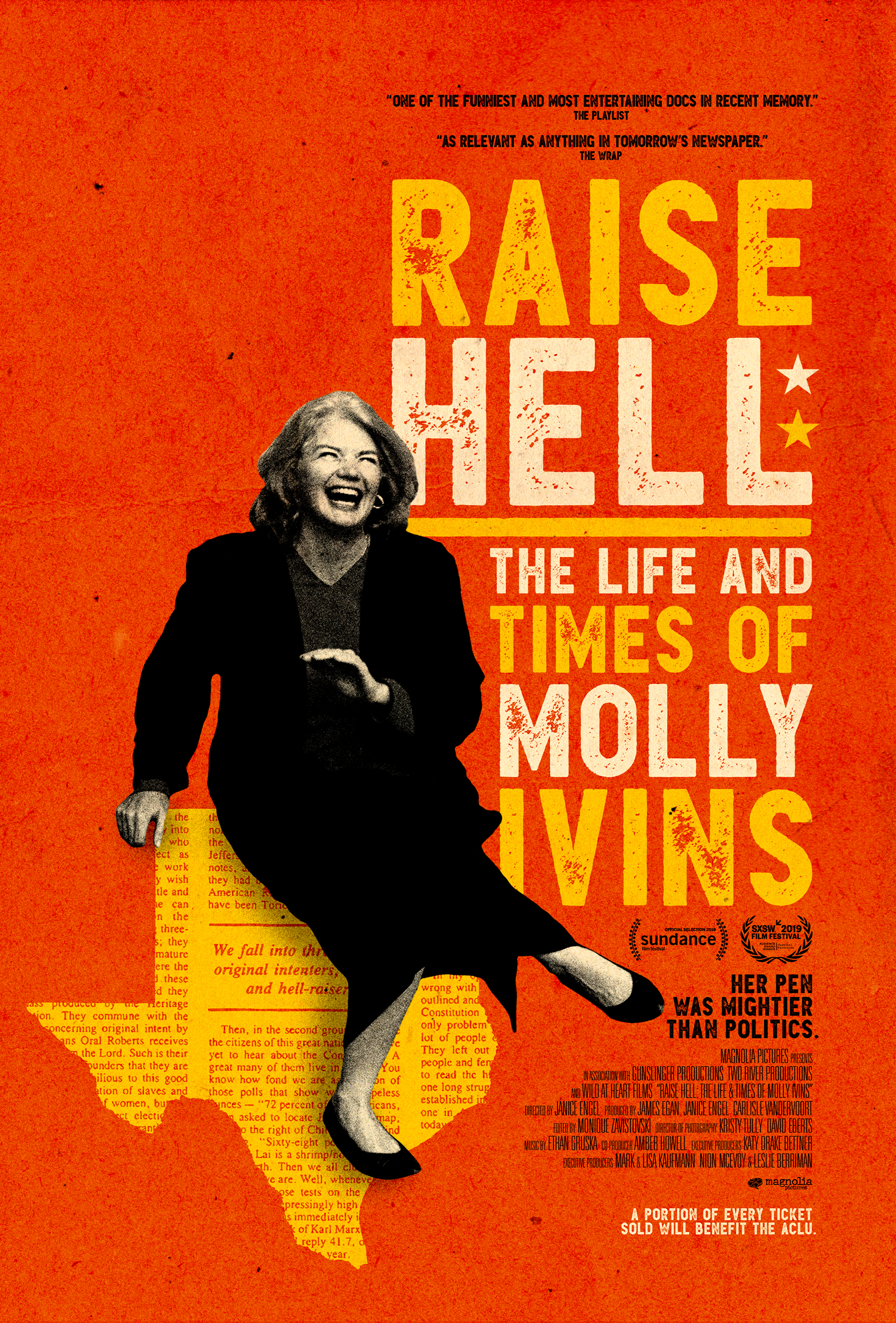 Molly Ivins was a nationally-syndicated political columnist and author, who remained cheerful despite the state of politics in this country and her own physical trials. She was known for her firebrand style of journalism that took on Good Old Boy corruption, with razor sharp wit.

She knew the Bill of Rights was in peril, and presciently remarked "Polarizing people is a good way to win an election and a good way to wreck a country."

Ivins started at the Houston Chronicle and rapidly worked her way up. In 1976 she joined the New York Times. Ivins won many awards too numerous to list for her writing, courage, and truth telling.

The Roger Ebert film review website wrote about the film, “There was never anybody like Molly Ivins before, and never will be again, and this documentary does a fine job of capturing what made her special. “

Check out the trailer HERE.

Attend this film screening to learn more about this celebrated Texan. The event is made possible thanks to generous support from Island Green Tech and Vashon Theatre. Admission is free; donations to Backbone Campaign accepted at the door.