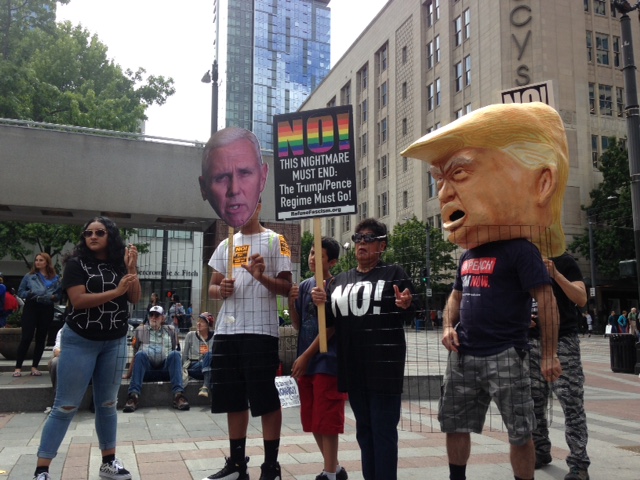 Refuse Fascism Seattle gathered at Westlake Park where members of the community read indictments of the Trump/Pence Regime and symbolically placed Trump and Pence in jail. They marched to the Nakamura Federal Courthouse and had a speak-out about the separation of immigrant families in ICE custody. They then marched to Pike Place market and engaged the crowds in a pledge of resistance ...

"…WE PLEDGE that we will not stand aside while there is still a chance to stop a regime that imperils humanity and the earth itself. Join us. Let’s stand together with conviction and courage, overcoming fear and uncertainty, to struggle with all we’ve got to demand: The Trump/Pence Regime Must Go."

Check out the event on RefuseFacism.org, including a video. 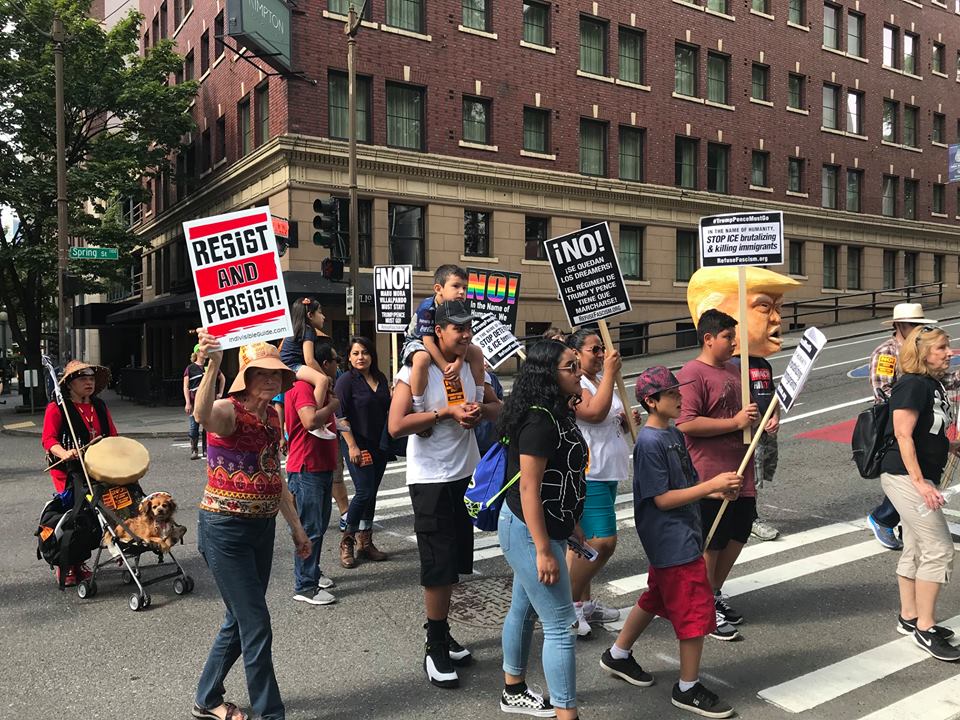 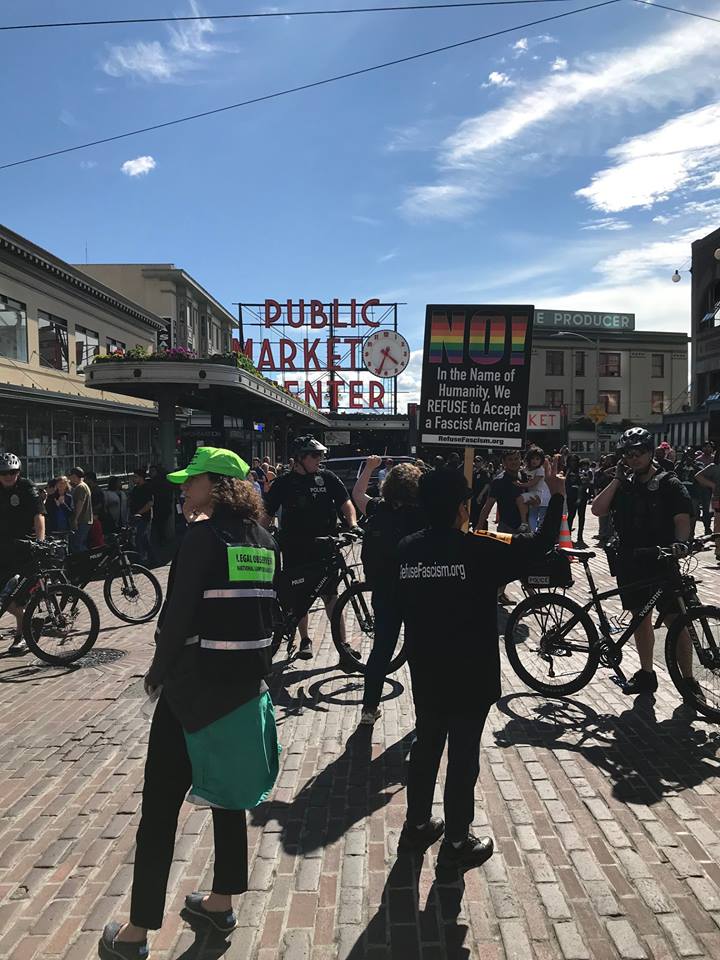