Repeal & Replace with Medicare for All! 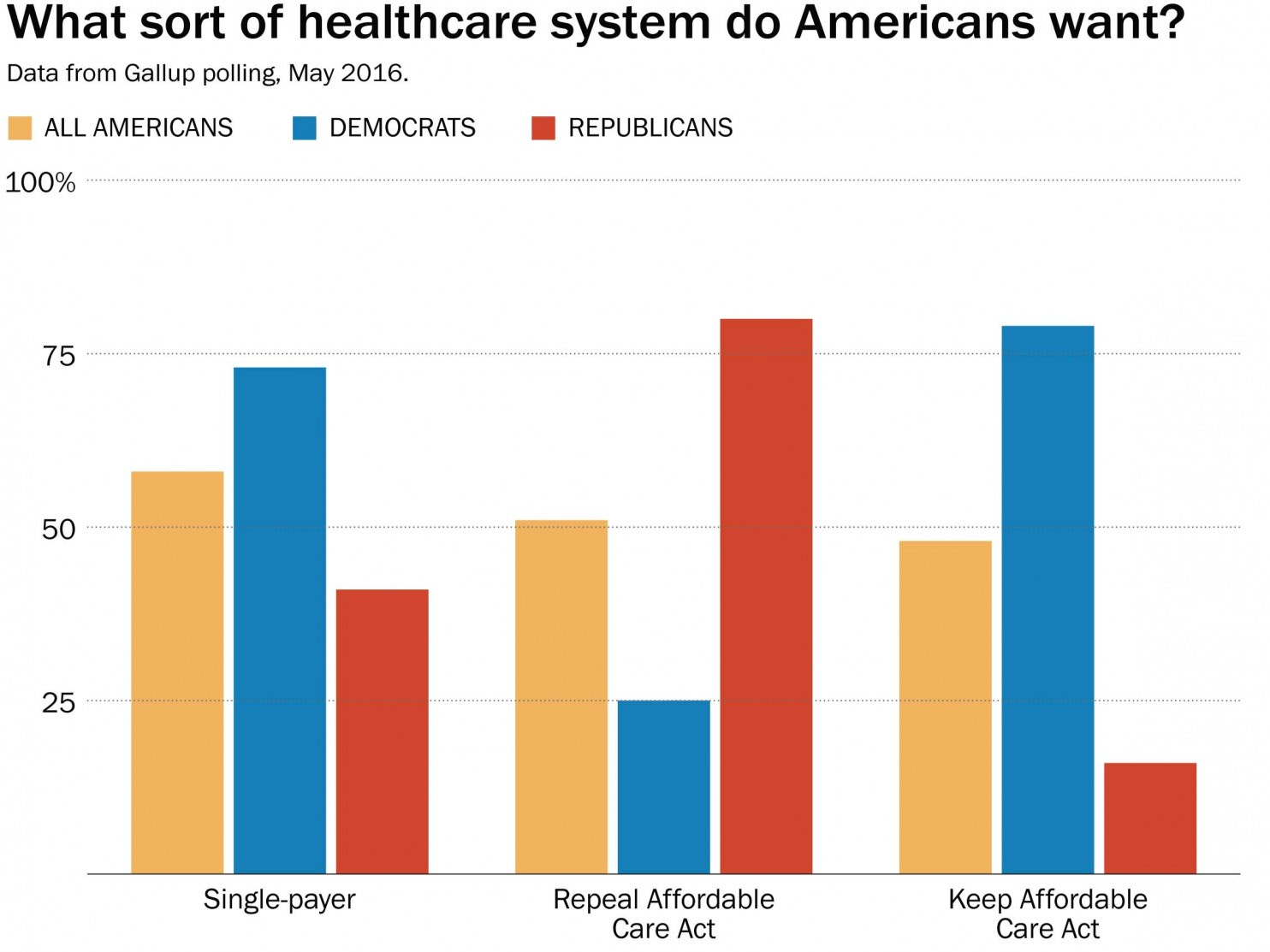 WARNING: There is a  VERY BAD strategy emerging among Democrat affiliated groups to lump defense of ACA (Obamacare) with preserving Medicare and Medicaid.  This is the EXACTLY WRONG approach - and just proves that those behind this strategy are totally out of touch with normal people - people who have a very strong BS meter.  This emergency "strategy" is a "Let's go swimming with concrete boots" strategy.  No self-respecting person has the time or energy for more losing.  We have a moral obligation to deliver victories.  So, do not drink this KoolAid.

The Washington Post survey from last May needs to be utilized by all of right now.  See the graph here and the article here.

The ACA it is NOTHING like Medicare or Medicaid. The ACA is going to crash and burn because it is a public subsidy for private health insurance companies, is inefficient.
ACA - is going down not because of Trump or the Republicans.  The ACA is going to crash and burn because it is too complicated - creates far too much friction - doesn't reduce costs, and was always the wrong direction to go. The ACA was doomed from the start.  It was a failure of liberals to stand with progressives and fight hard for the common sense, simple solution the American people deserved.
The very physics of how the money for universal health care fight was spent on the healthcare campaign during the beginning of the Obama administration is a case study in bad strategy.
ACA is what it is because "cleverness" invested in compromise NOT principle. Beltway cleverness and cliquishness betrayed common sense and principle. Investing approx. $40mil in bolstering the President's compromising rather than pushing our own principles forced a false consensus, echoing the compromising language of the president - for love/loyalty or whatever. We should have allowed Obama to do the negotiating and compromising - while we pressed for Universal Healthcare. Instead the teeter-totter of power was left heavily weighted on the right by infinite $$$ of insurance/big-pharma interests - and very little on the left as a counterweight.
Had we leveraged our invested in a strong counter-balance to pull the argument and the compromise toward the principled solution, we may not be having this problem today.  Had $50mil gone to Medicare for All rather than $4-6mil. the outcome would have been far better... Instead we watched Universal Healthcare > reduced to Public Option > reduced to Private Mandate (with some good bandaids.) - And now we feel pressured to defend the un-defendable. I WON'T
We need to not let our NGO community and progressive officials succumb to internal D-party power plays.  We cannot cloud our thinking with illusions about Obama's legacy or continue to delude ourselves about the Obamacare - even if we fought for it in the past.  [This relates back to my mention of the OODA loop in a previous post HERE.  Obsessions, habits, biases cloud perception, undermine ORIENTATION resulting in actions that have unintended consequences.]
Fundamentally, universal healthcare was doomed by the same Beltway "cleverness" that maneuvered to undermine Sanders. I suspect that those same forces are behind this new losing strategy to Bundle ACA with Medicare.  Mental gymnastics and mind numbing statistics, clever maneuvers, and fear-mongering to cloud people's thinking is exactly what got us Trump in the first place (Not Russia).
We need to side with regular people and call a spade a spade. Don't let the ACA apologists tie their sinking ship to the Medicare dock for some legacy thing or party politics.  That will just clod the debate, confuse the issues, and alienate the American people further - drowning the very program we need to make universal.
This new "emergency"  "strategy" is a "Let's go swimming with concrete boots" strategy.  No self-respecting person has the time or energy for more losing.  We have a moral obligation to deliver victories.  AND besides - winning is more fun! 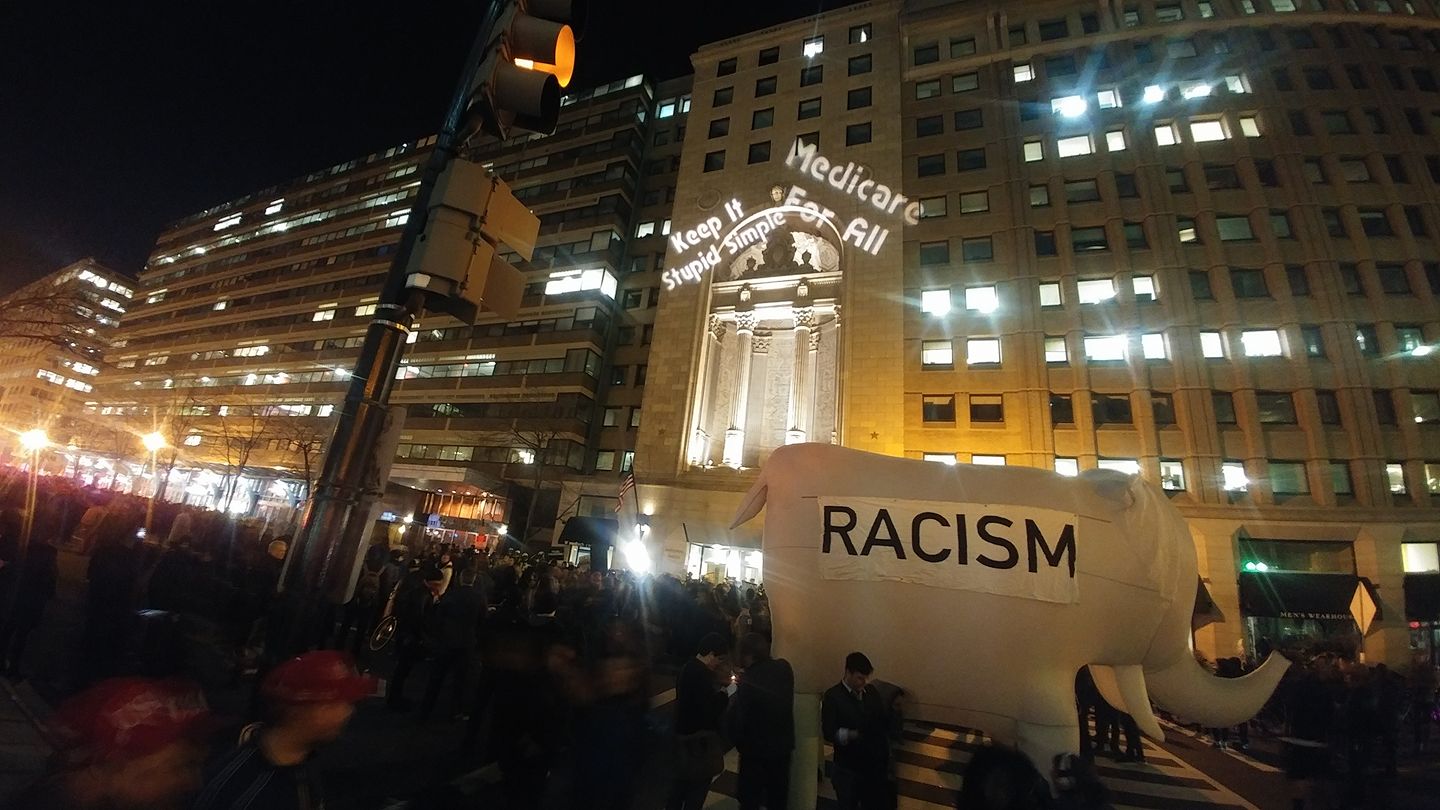 Good design is simple design - Keep It Stupid Simple is how I like to use the familiar mantra. Medicare for All is simple and elegant.
Let's play Trump on this Aikido style.  Let's HERALD the call to REPEAL and REPLACE the ACA and FULL VOLUME .  ACA is a behemoth that is failing. BUT Medicare and Medicaid are proven and people can't do without them - don't want to do without them - want more from them.  And this new poll demonstrates the veracity of that claim.
Republicans KNOW that America wants a simpler program and they too are clouding their language with "Repeal and Replace without increasing the size of government." in order to sidestep giving the people what they want - and deserve.
Our message ought to be something like this:
"Healthcare should be simple.  If you or your loved ones are sick, you get taken care of - period end of story.  No delays for fear of losing your home, mind-numbing debt, hidden costs or arguments with insurance companies. People get the care they need, when they need it. And it costs our country less, reduces bureaucracy, and protects us all in good times and bad."
Abandon Beltway cleverness and speak the truth that most people feel in their guts.  ACA has a couple good features, but it basically sucks. So play offense - PLAY Trump.  Project Trumpisms on Trump tower and elsewhere. 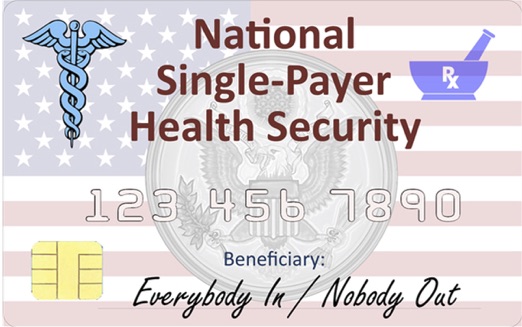 Keep It Stupid Simple
Medicare For ALL
Let's fulfill our moral obligation to deliver victories that make a material difference in people's lives. I will be far more fun.
Let's repeal and replace with the only solution that makes any common sense to common people cheering for the common good. Medicare for ALL!
In collaboration, 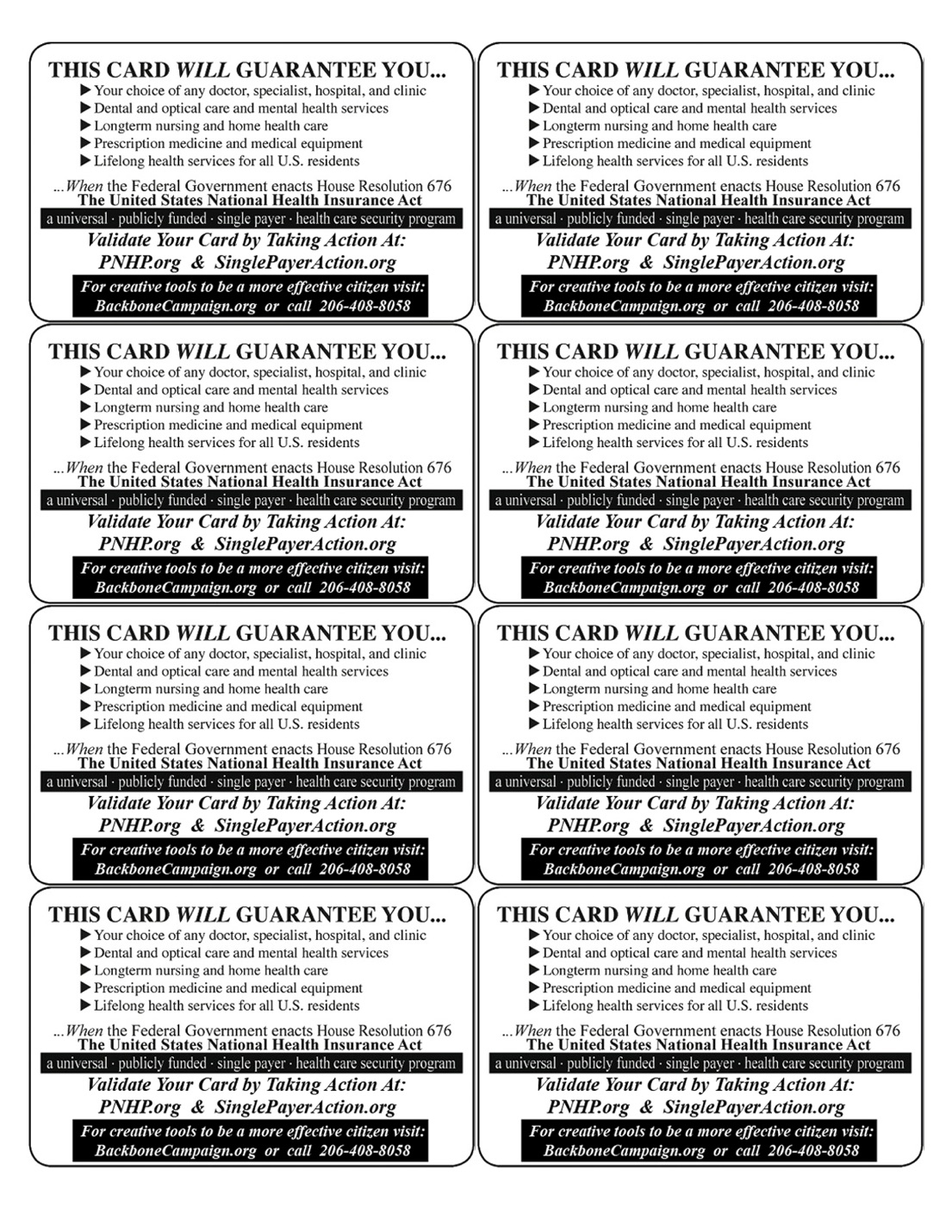 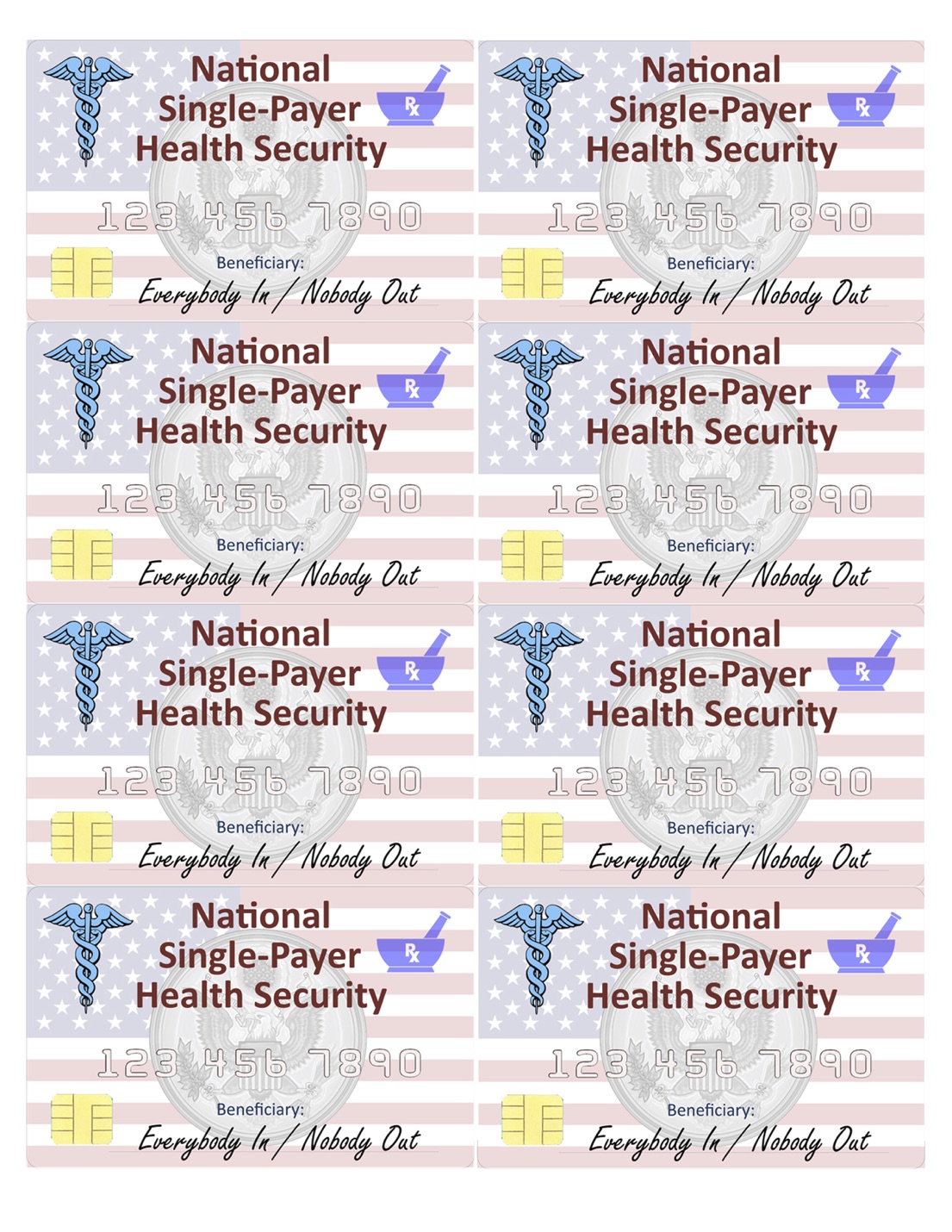