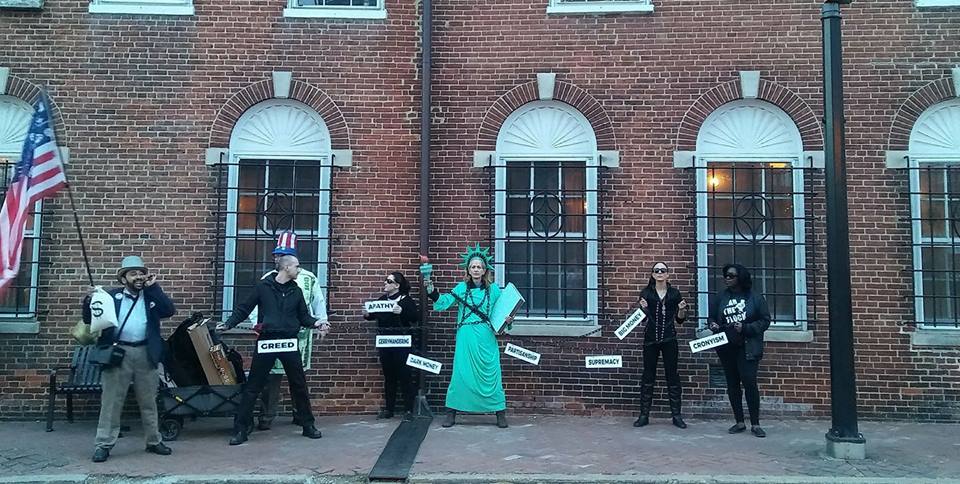 Represent MD held a rally and a march to bring to light political corruption due to campaign finance laws that desperately need reform.

The local Solidarity Brigade helped brainstorm the visuals and creation of the woman dressed as the Statue of Liberty in chains. Lady Liberty was held with various issues subverting liberty such as gerrymandering, greed, and corruption. Afterwards they did some street theater along the march through the restaurant district to the City Docks where a lot of people gather on weekends.

Check out Represent Maryland on Facebook. The event page specific to this rally is here.

The rally was covered by The Arundel Patriot, and WMAR Baltimore, and Live-streamed on Facebook. 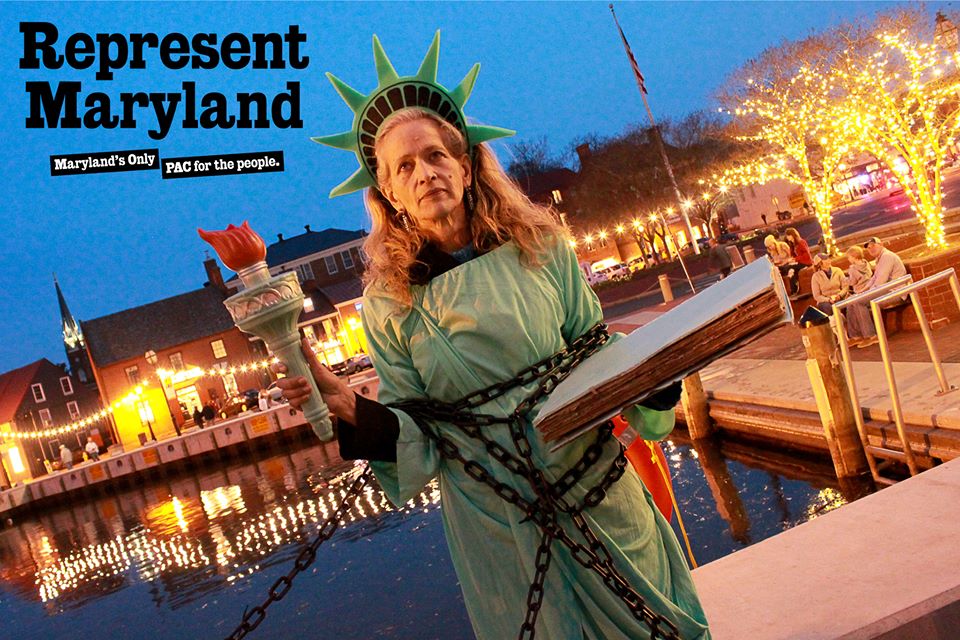 All photo credit to Cristi Demnowicz.