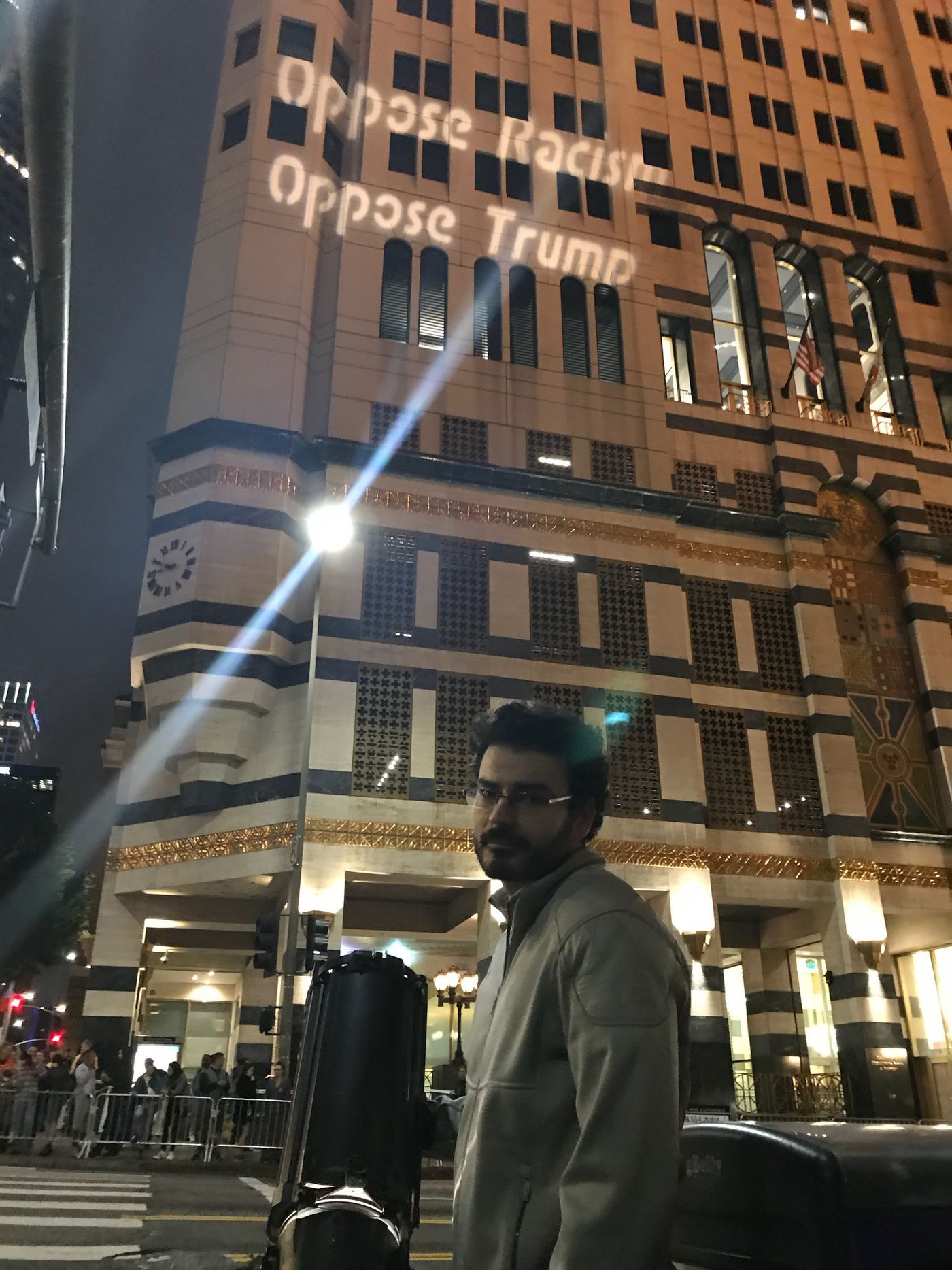 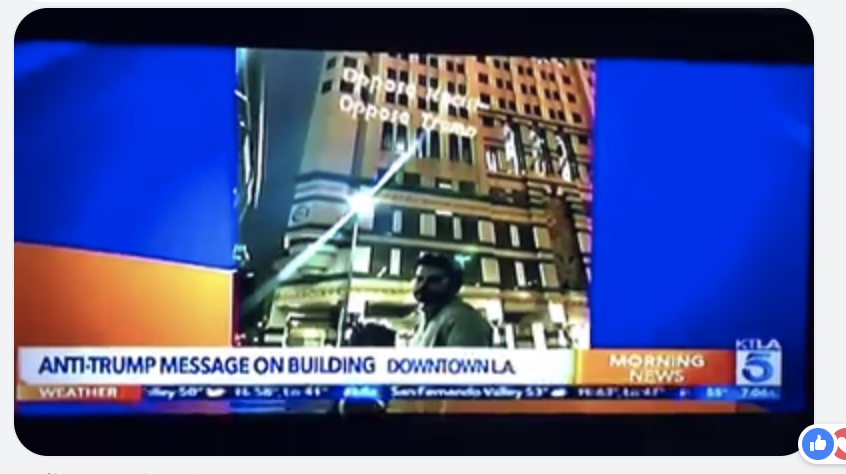 The protest started at a large rally in Beverly Hills and then later went to downtown LA where Trump was staying.

Prior to Trump's arrival to a fundraiser in Beverly Hills, one of our allies connected Tudor Popescu with the NPR station reporter KPCC who kept texting us Trump's whereabouts with the understanding that we would let her know where we would go next. Because of this we convinced the Pat Harris campaign to lend us the campaign bus. We know the campaign director because we've collaborated on the Impeachment March. Then we convinced the SEIU organizer that we've met at several rallies to let us use the stage to recruit 15 protesters to jump on the bus and go with the projector from Beverly Hills to Down Town Los Angeles.

In DTLA they helped carry the batteries and equipment and navigate the road closures. Then finally once we reached the other protestors next to Trump's hotel, Tudor saw a reporter walk by. He was preserving battery, but when he saw her he asked for whom she reports. Tudor knows a couple words in multiple languages, she was Persian so he deployed his two Persian phrases. Then said, "You want to see something cool?" He then guided her to the projector, turned on the inverter and boom. Her eyes lit up when the message went on the building across from Trump's hotel. She took a photo and was about to walk away but then he said, "Can I give you a quote?" and from there she jotted down his age profession and wrote this article: http://www.latimes.com/politics/la-pol-ca-trump-california-border-201803-anti-trump-protesters-put-their-message-1521003007-htmlstory.html

Before leaving Tudor made sure to get her twitter account because she was putting the images there. She tweeted it to Tudor. The next morning, that article was then picked up by KTLA Morning news. During the protest Tudor invited people to take pictures with the projector and made new friends and intentional relationships.

Check out the KTLA article

or the general KTLA coverage of the protests that day.