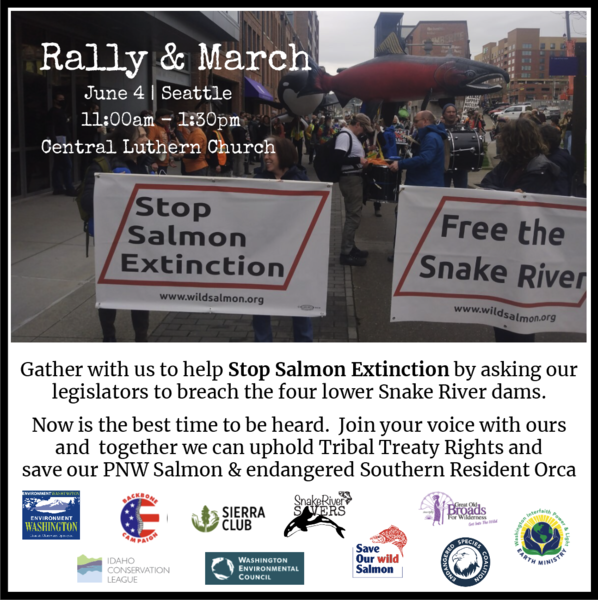 Youth Leaders have organized this rally and march, and will be joined by other like minded groups and citizens, including Backbone's salmon and Tahlequah orca, as we rally together for change and then march to the Henry M. Jackson Federal Building.

There, we'll deliver petitions and cards demanding action to save our salmon.

Why we are rallying:

On Saturday, June 4th, we'll gather together in love and support at the Central Lutheran Church on 1710 11th Ave. in Seattle. There we will listen to bands with inspiring songs and hear our Youth Leader’s motivating words of encouragement. We will be able to sign petitions and cards and gather our energy before our procession to the Henry M. Jackson Federal Building.

Join us with your family and friends and let your elected officials hear your voice calling out for a free-flowing lower Snake River.