Save Our Orcas Rally: Army Corps of Engineers

5 Oct 18: Folks traveled to Portland from Backbone HQ with visuals to support this Save the Orca demonstration outside the NW division of the Army Corps of Engineers. 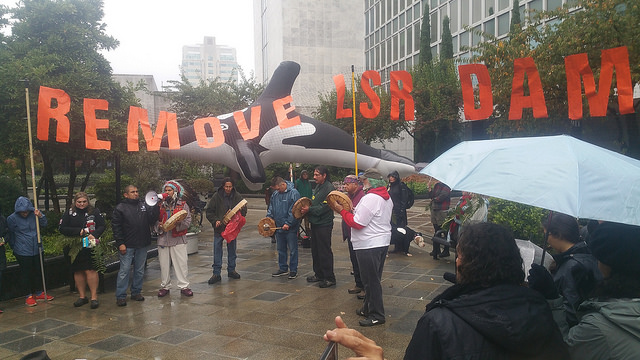 The rally organizers said "We are asking The Army Corps of Engineers and BPA to use the 2002 Environmental Impact Study to breach the lower four dams of The Snake River, which is the largest tributary into the Columbia River."

The event began with a rally in Holladay park. The group then marched a short distance to the office of the Northwest division of the Army Corps of Engineers. The march then continued on another short distance to the headquarters of the Bonneville Power Administration where another short rally with more speakers took place. The group disbanded here and all headed back to Holladay park for closing remarks and a live music celebration. 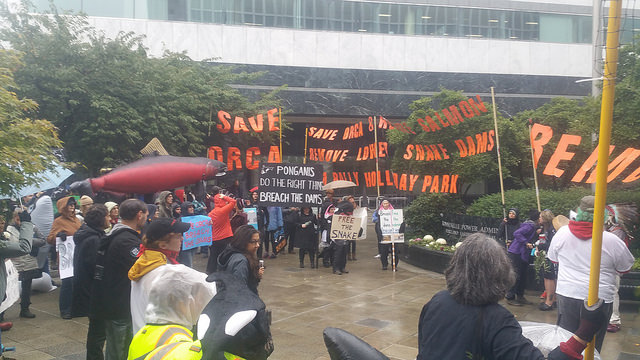