Save The Orca!: DC Army Corps Of Engineers

The DC team mobilized the inflatable orca and a banner in front of U.S. Army Corps of Engineers and handed out flyers urging General Semonie to breach the Lower 4 Snake River Dams to save the salmon and orca. 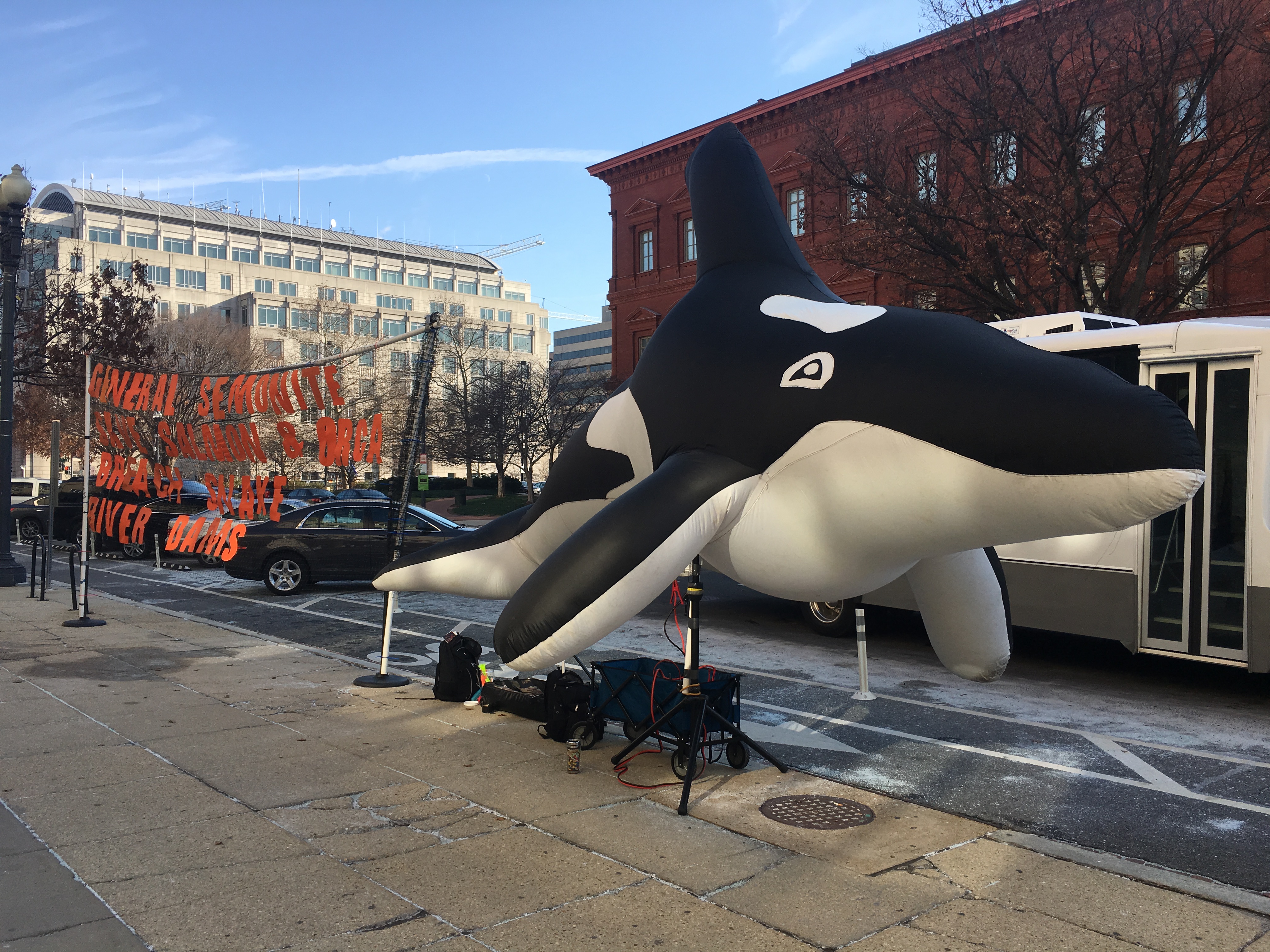 This action was in support of allies that were in town and was also a part of a couple days of action that included an action at U.S. Dept of Commerce/NOAA. 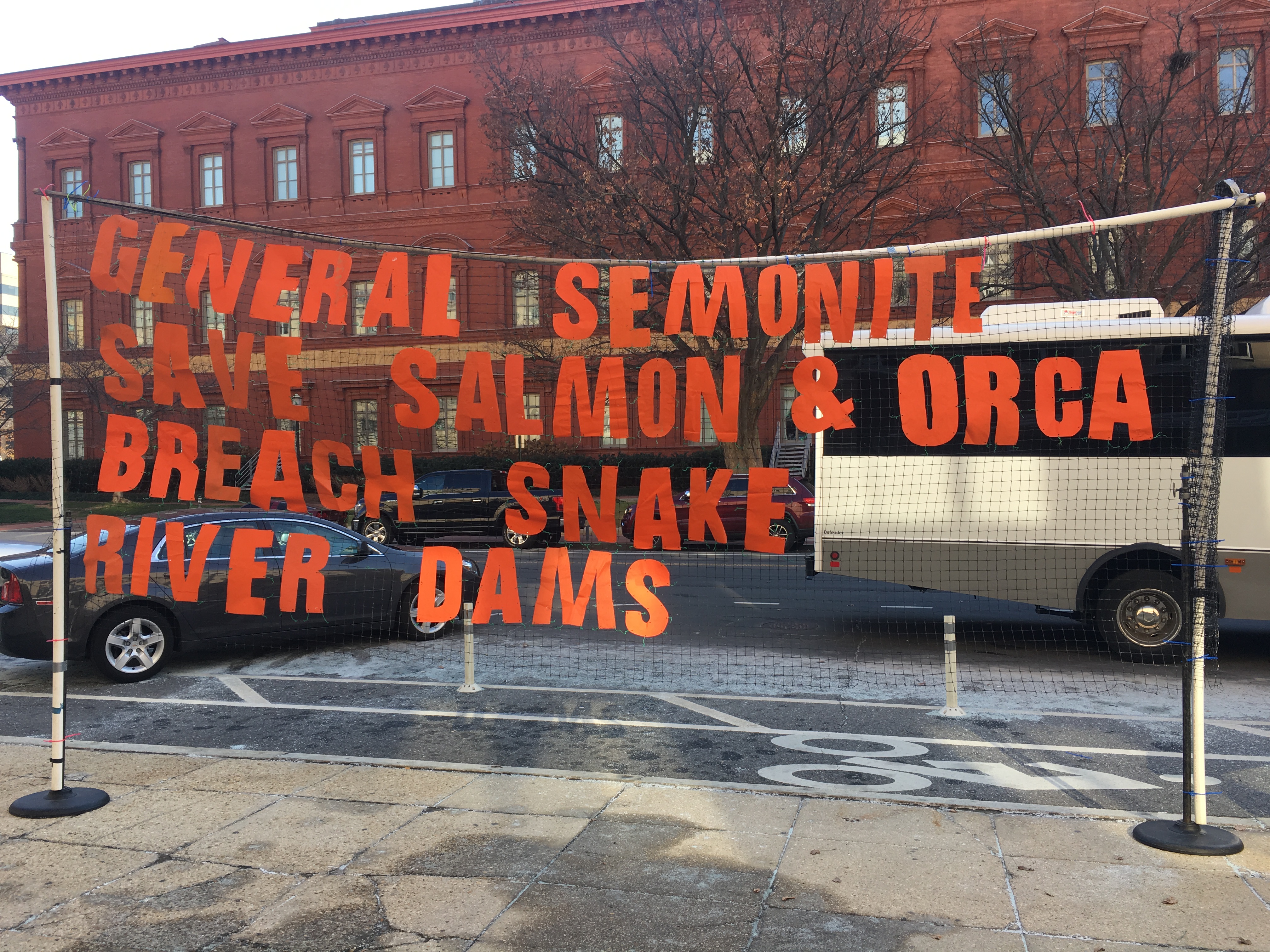