Save the Salmon Arrives at the Federal Building

Backbone Campaign deployed a new giant banner in front of the Federal Building in Seattle, calling on Senators Murray and Cantwell to take a stand and breach the 4 dams on the Lower Snake River.

Backbone's banner pressures the Washington Senators to stand with Rep. Mike Simpson's plan to restore the Snake River and remove the four dams choking its waters.

These dams are killing the Pacific North Wests wild salmon population and consequently our resident orca communities are suffering. Volunteers on the streets passed out leaflets to people.

We have run out of time and patience.

We call on you to take urgent, immediate action to restore the Snake River.

Nothing less than supporting the Tribes, funding the Simpson Plan, and breaching the 4 LSR dams is acceptable.

We – salmon and orca loving people -are done with your endless processes. The science is clear: breaching the dams is the only chance we have for saving the salmon and Puget Sound resident orca. 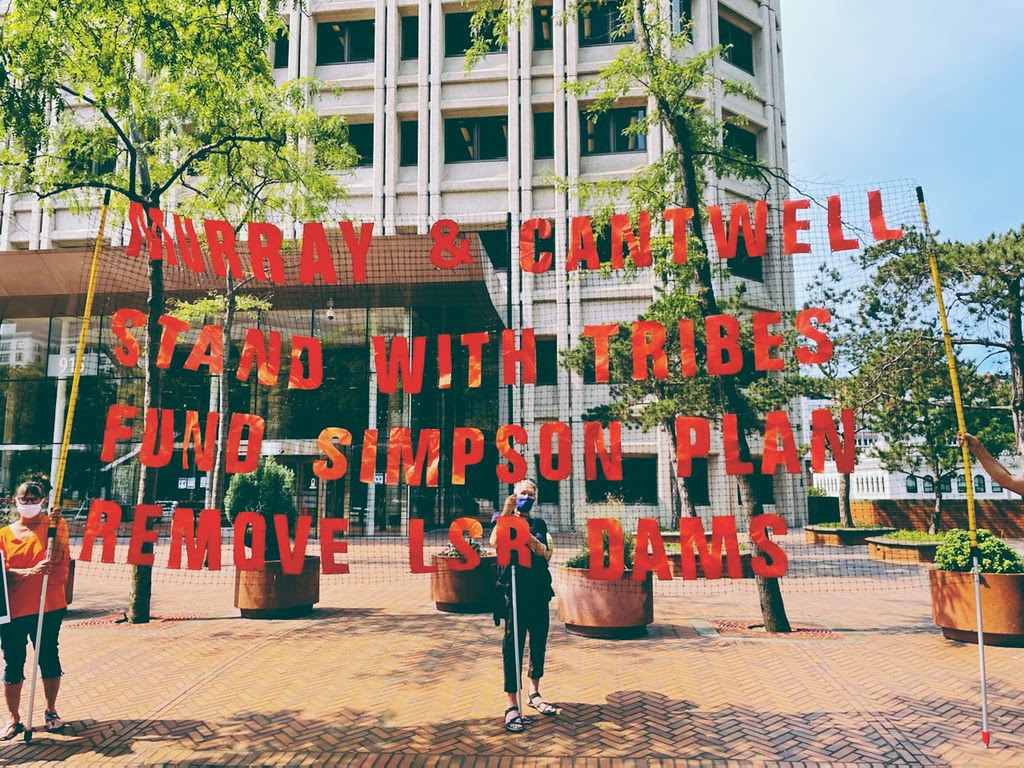