Seattle projectionistas found a clever spot to put messages to use. 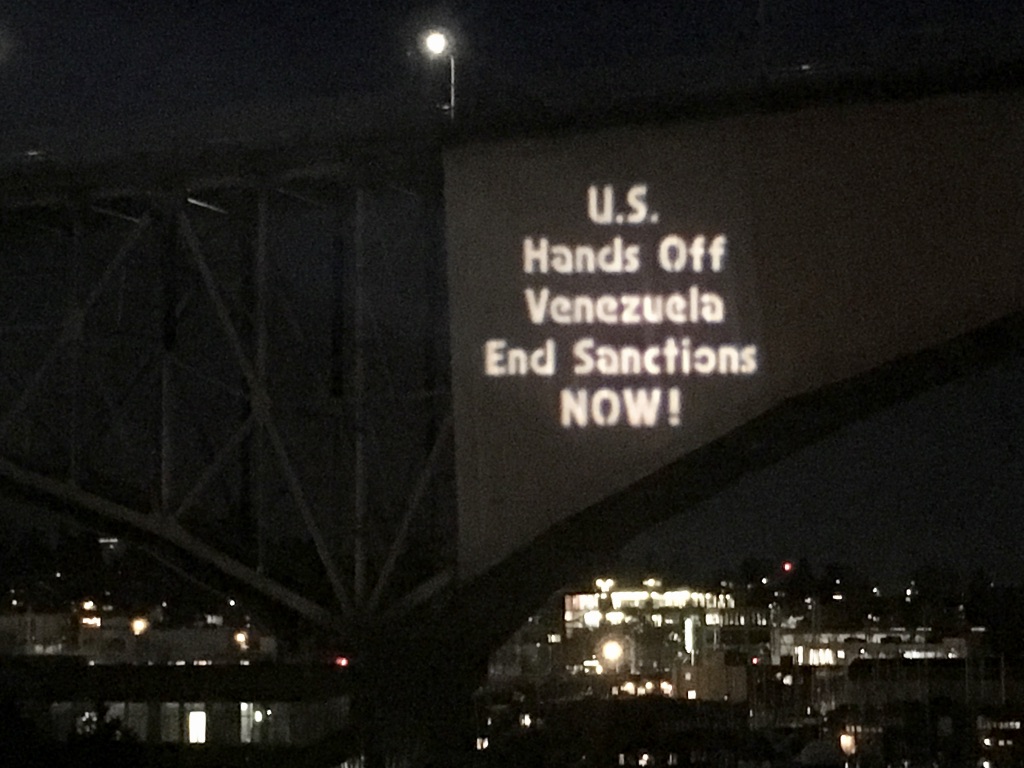 The crew found a great spot to project some messages against #45, U.S. intervention in Venezuela, and in support of whistle blower Chelsea Manning. The "canvass" the crew projected on was a tarp put up for construction on a bridge.  Unfortunately the construction crew on a site nearby after initially expressing that it wasn't a safety hazard, had a change of mind and called the police for fear the message may be linked to their company by onlookers.

During the time they were shining the projectionistas were shown appreciation by some passersby. 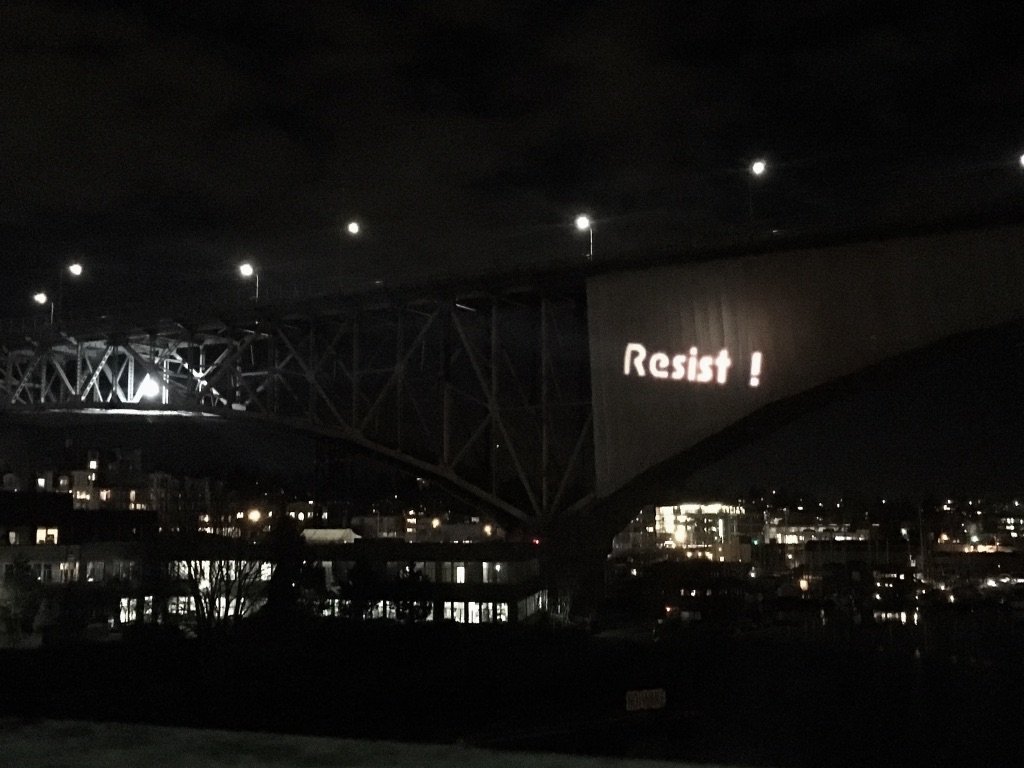 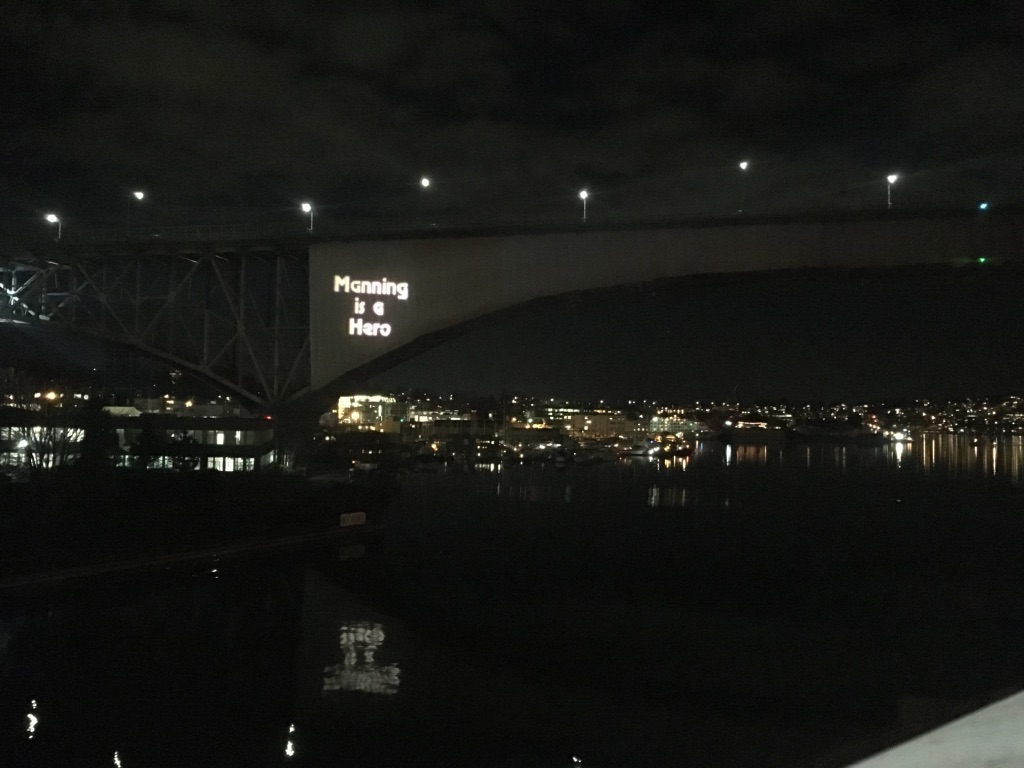