Keep reading to find out why damming this river damns our wild salmon!

Right now up to 75% of young Snake River salmon are killed BEFORE they reach the Pacific Ocean. Then, those that return are forced to navigate 4 dams on the Columbia and another 4 dams on the Lower Snake River. The once wild and powerful Snake River has been turned into 140 miles of slack water pools that get so warm in the summer that many of the few returning salmon die before spawning.Seattle Patagonia allowed Backbone to install spotlights on their roof in order to encourage calls to Governor Jay Inslee and Senator Patty Murray. Let them know that the time for talk has passed and that it is time now for action. Urge them to make and publish a plan for restoring the Snake River Salmon by breaching the four Lower Snake River dams. This plan needs to be released ASAP so that the public process can be concluded and dam breaching commence before these irreplaceable salmon go extinct.

It's time for action not "Blah Blah Blah" to Save Snake River Salmon.

A recent study from the Nez Perce Tribe in April, found that around 77% of spring and summer chinook salmon runs in the Snake River Basin will be nearly extinct by 2025. Currently over half of Washington's population support efforts to remove the dams along the river, citing their fear of Salmon extinction as the highest priority.

Backbone and Patagonia hope that increased exposure to the message will inspire more people to get involved and increase pressure on Washington leadership to stop stalling! 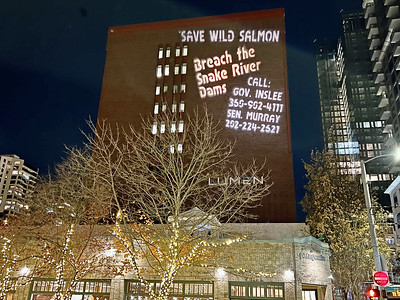 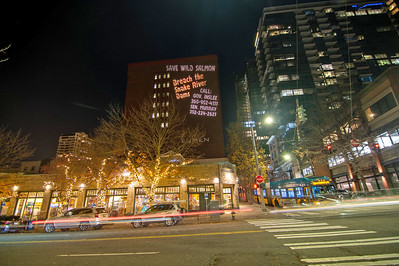