Team Backbone loaded up their gear and drove across the state to execute a light projection to restore America's most endangered river, the Snake River. 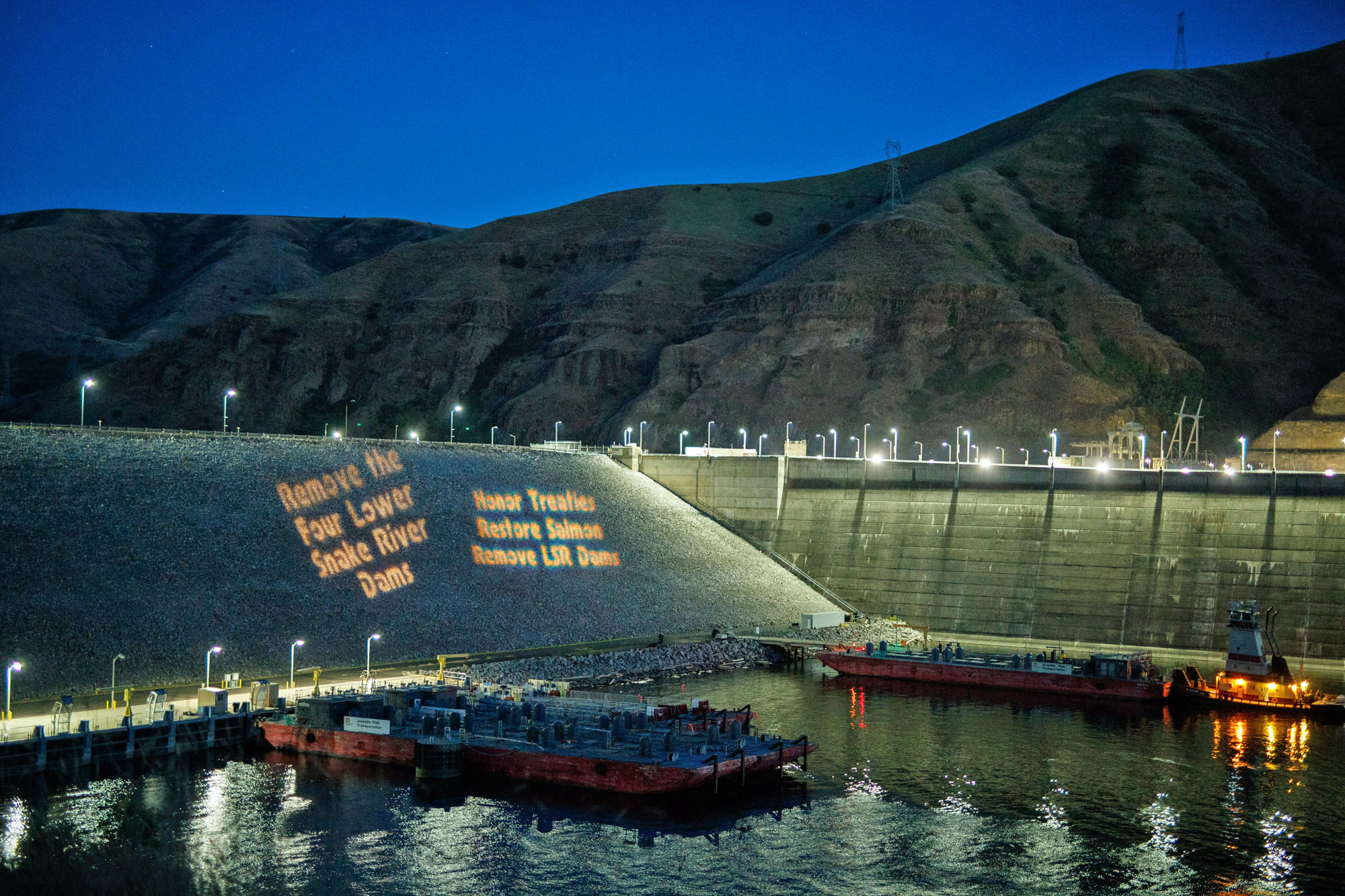 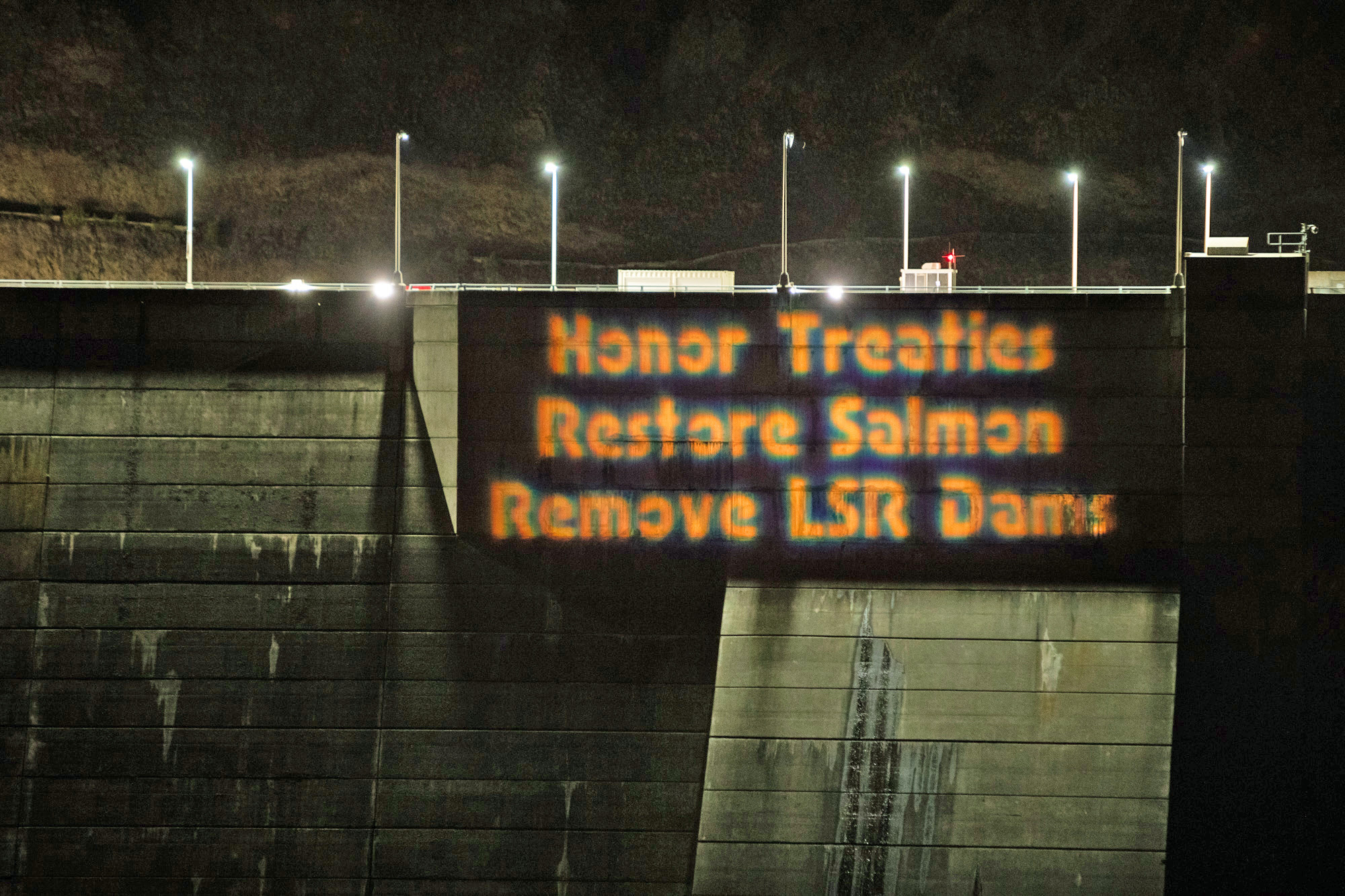 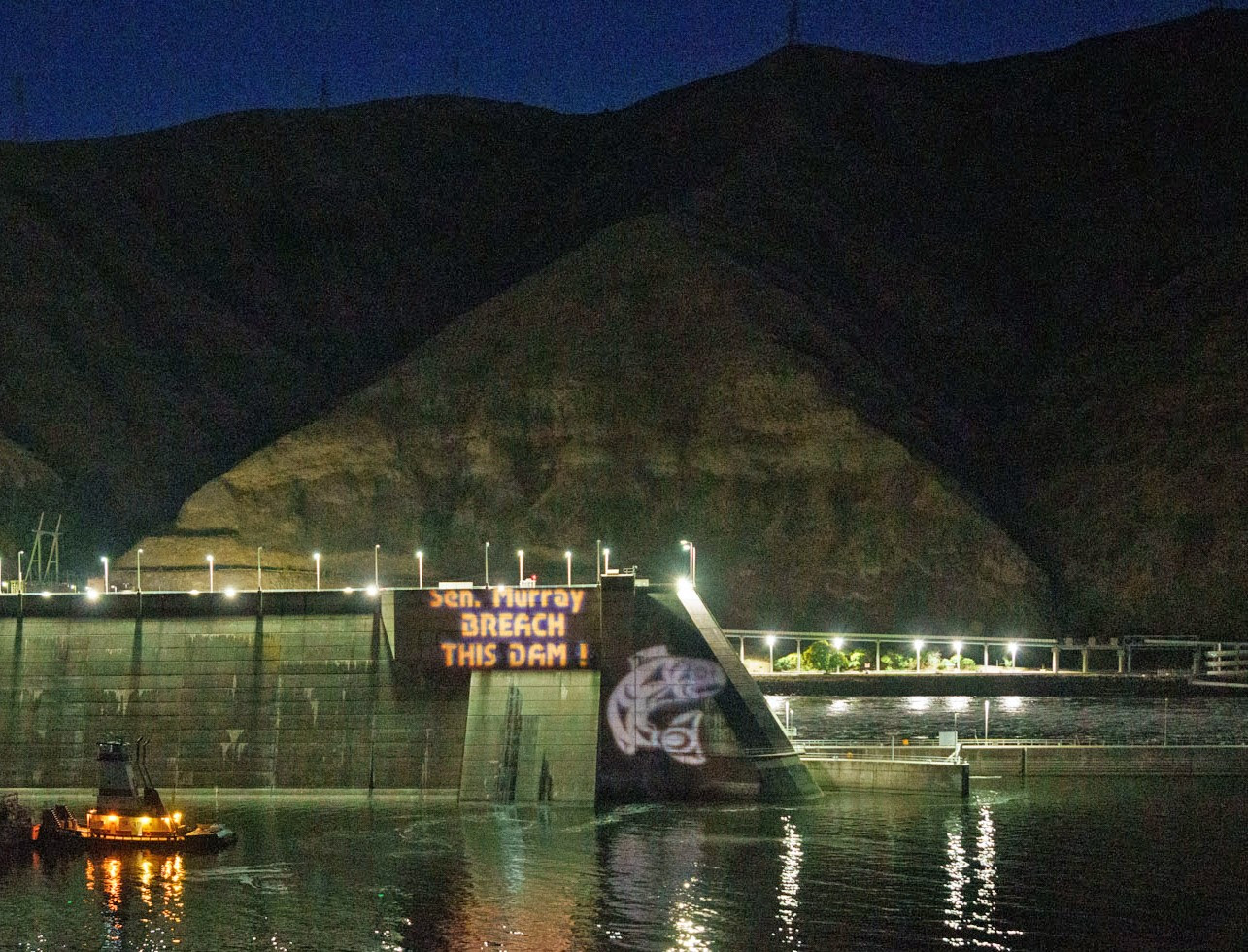 As dusk fell that night the Snake, members of the Nimiipuu Nez Perce tribe gathered at Lower Granite Dam with stories about why a free-flowing river is critically important for tribal sovereignty. Their messages were amplified with an illuminated LED banner, “Honor Treaties” and spotlights projecting messages to save wild salmon, respect treaty rights, and remove the 4 dams on the Lower Snake.

Thank you to Lana Jack for the Celilo Falls fisherman image. 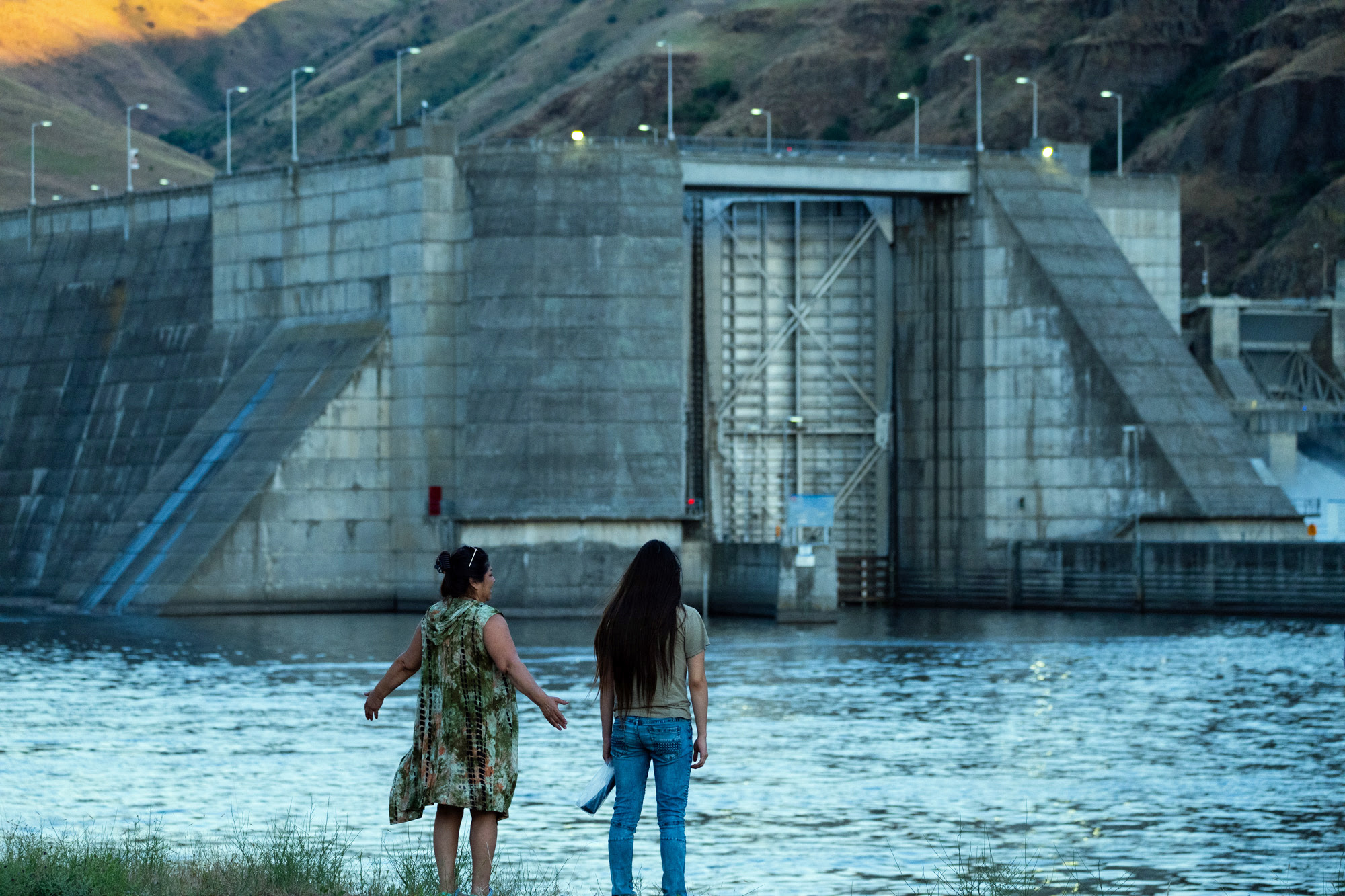 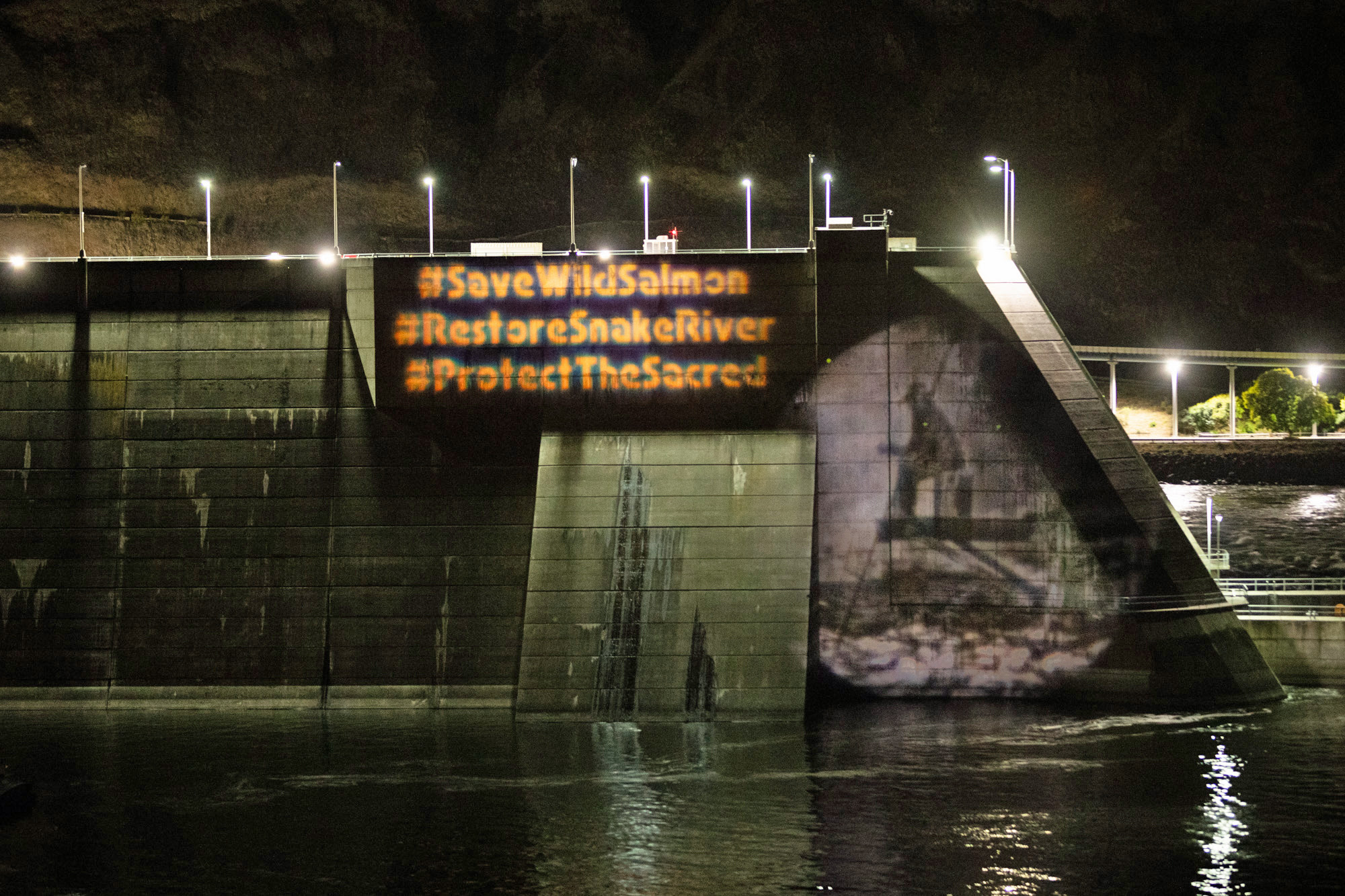 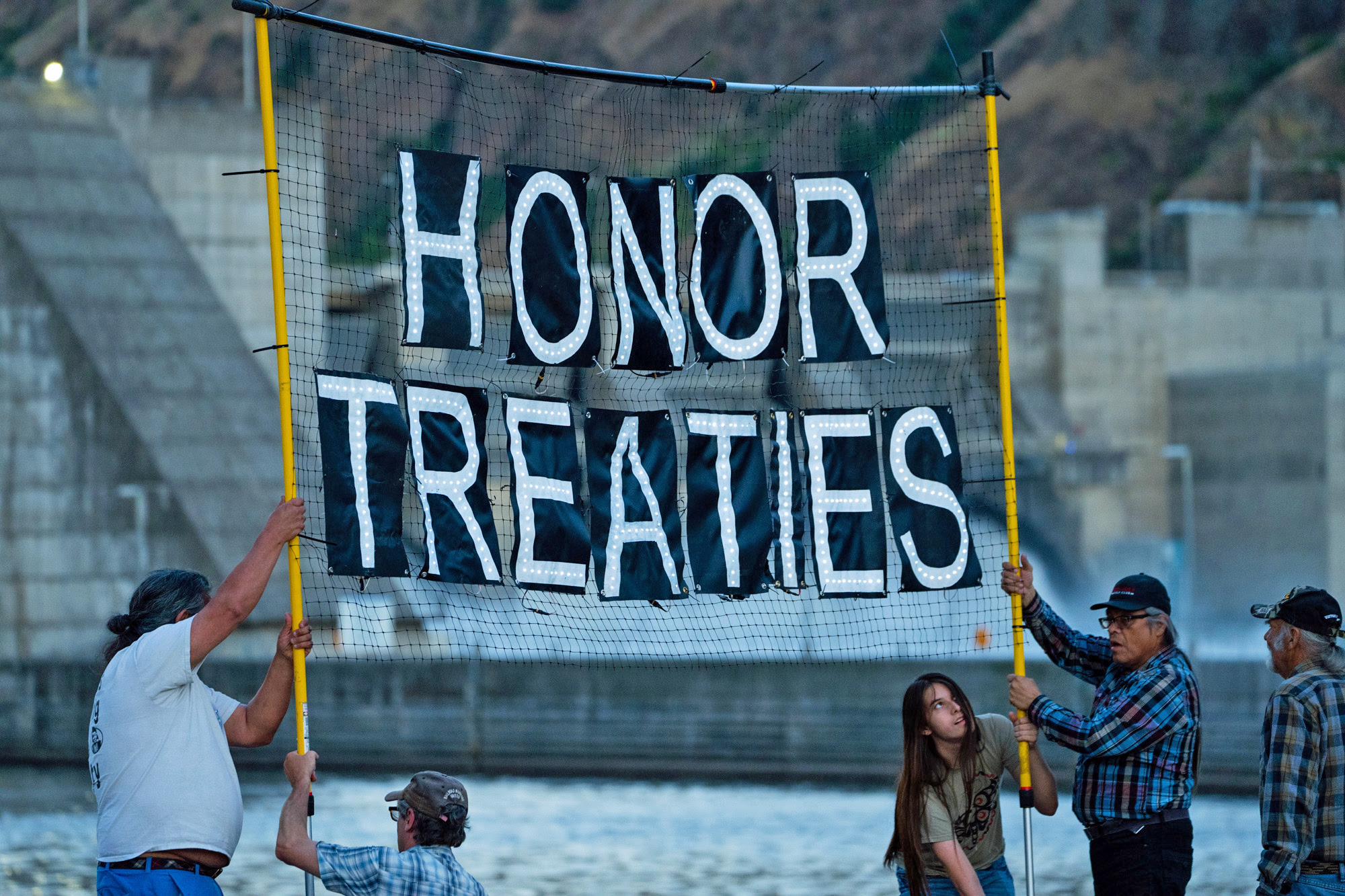 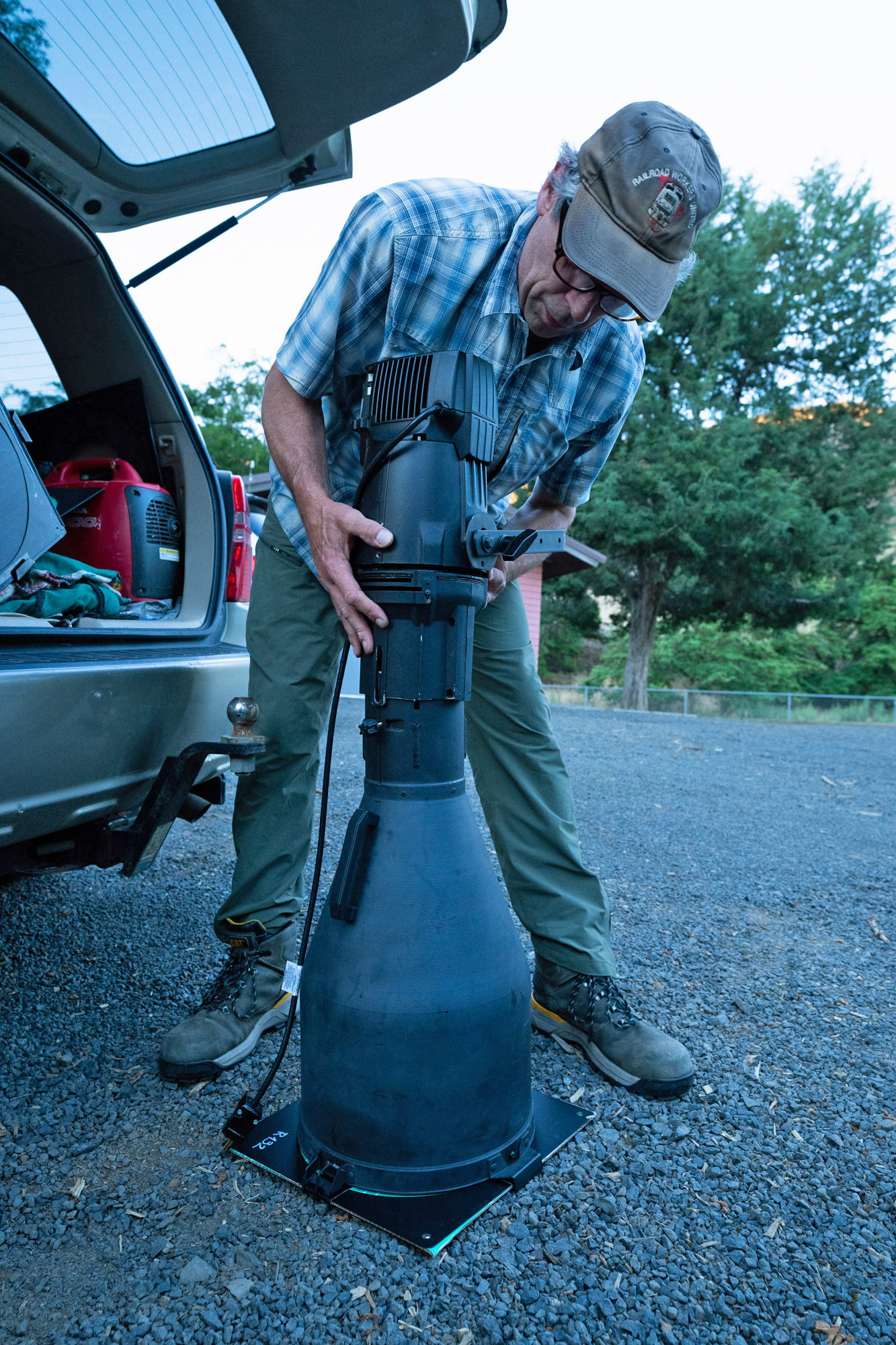 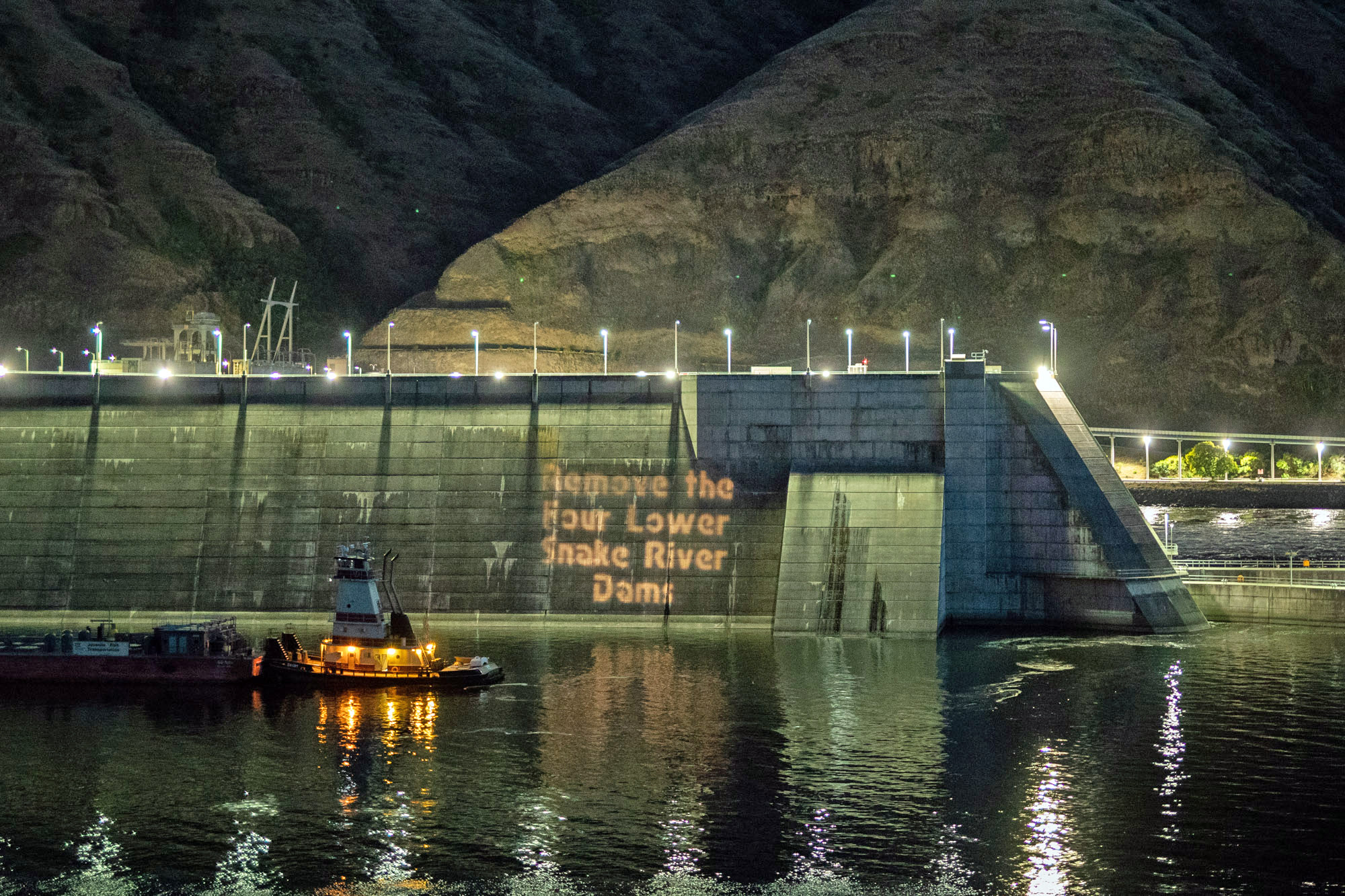