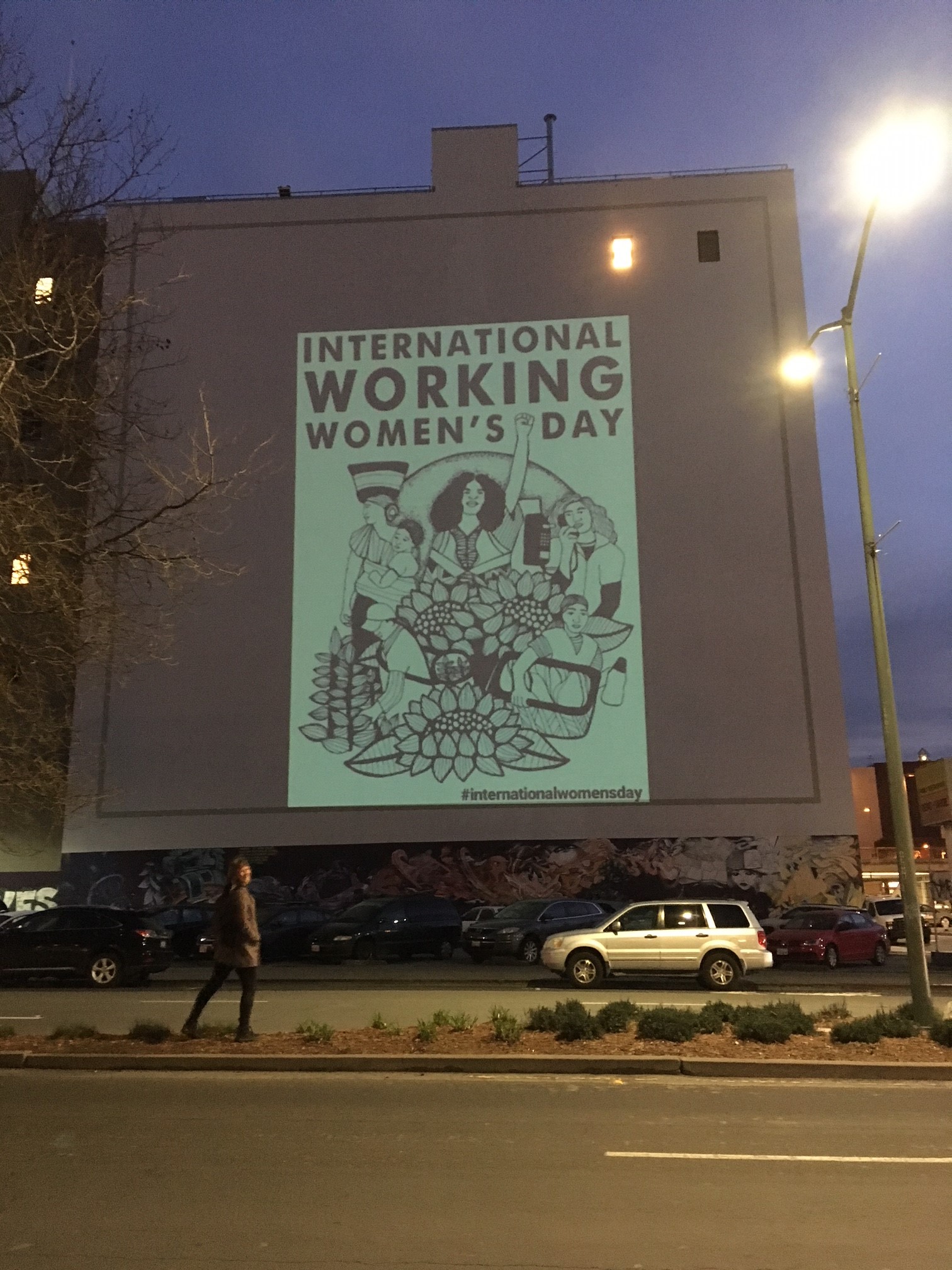 The team gathered at a Women's Strike Rally at City Hall and walked to four nearby locations in Oakland to light up the night for International Women's Day.  The Great Wall of Oakland, Uptown Station, Alameda Superior Court, and Glen Dyer Detention Facility were illuminated with messages of solidarity with women resisting oppression, including local student Isha from Youth vs Apocalypse, Amanda Nguyen who wrote the survivor's bill of rights, and Patricia Okoumou who is facing three months in prison for her peaceful protest by climbing the Statue of Liberty.  The group also amplified the issues faced by women sex workers across the country and the local concerns of IWOC Oakland, who decided to target the detention facility run by Sheriff Ahern because of their record of killing those in custody and collaboration with ICE.

The group was further motivated to continue projecting inspiring images by women passersby who looked up at the projections with delight and surprise and snapped some pictures of their own.

All other photos by: Alan Marling 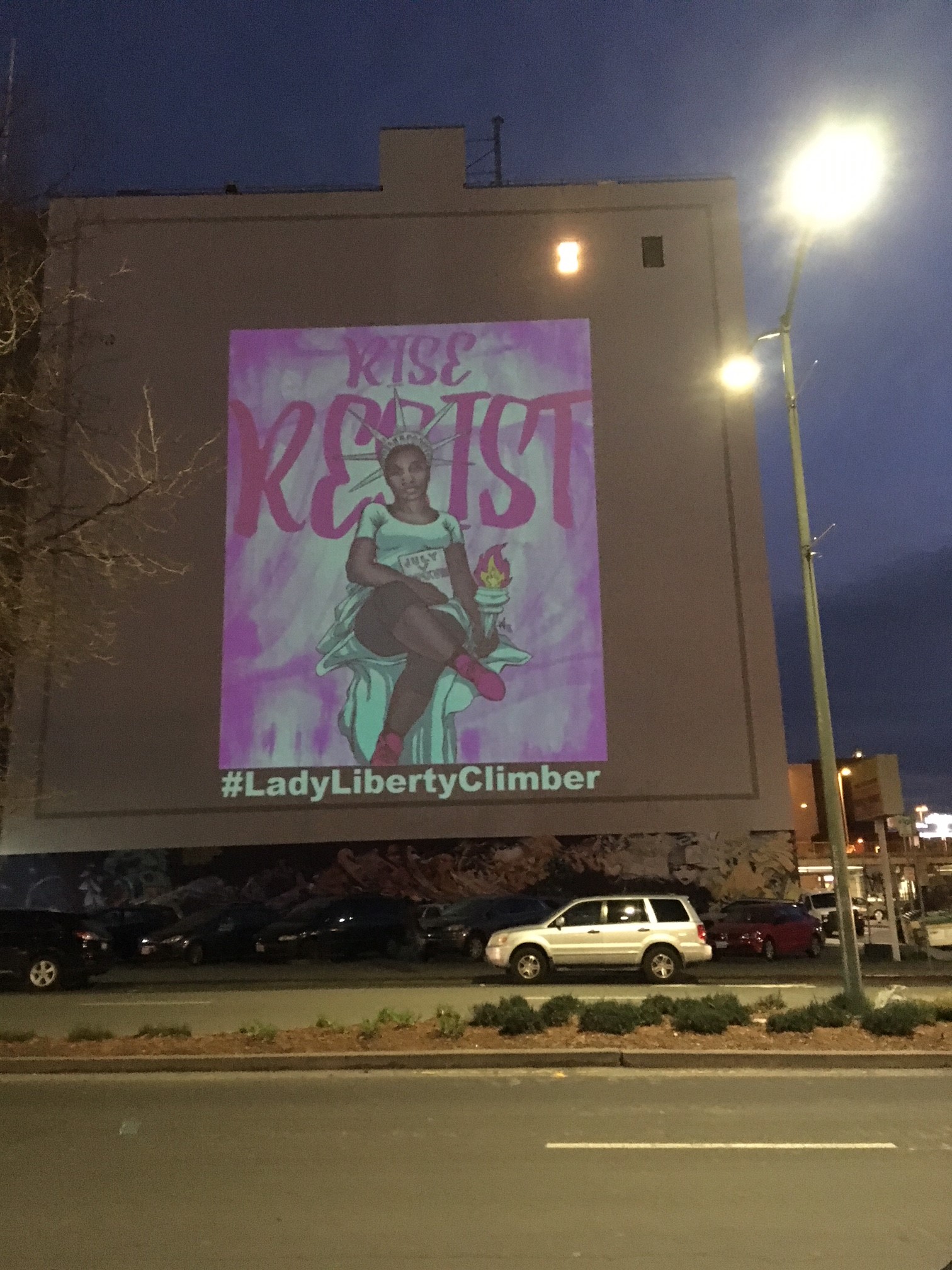 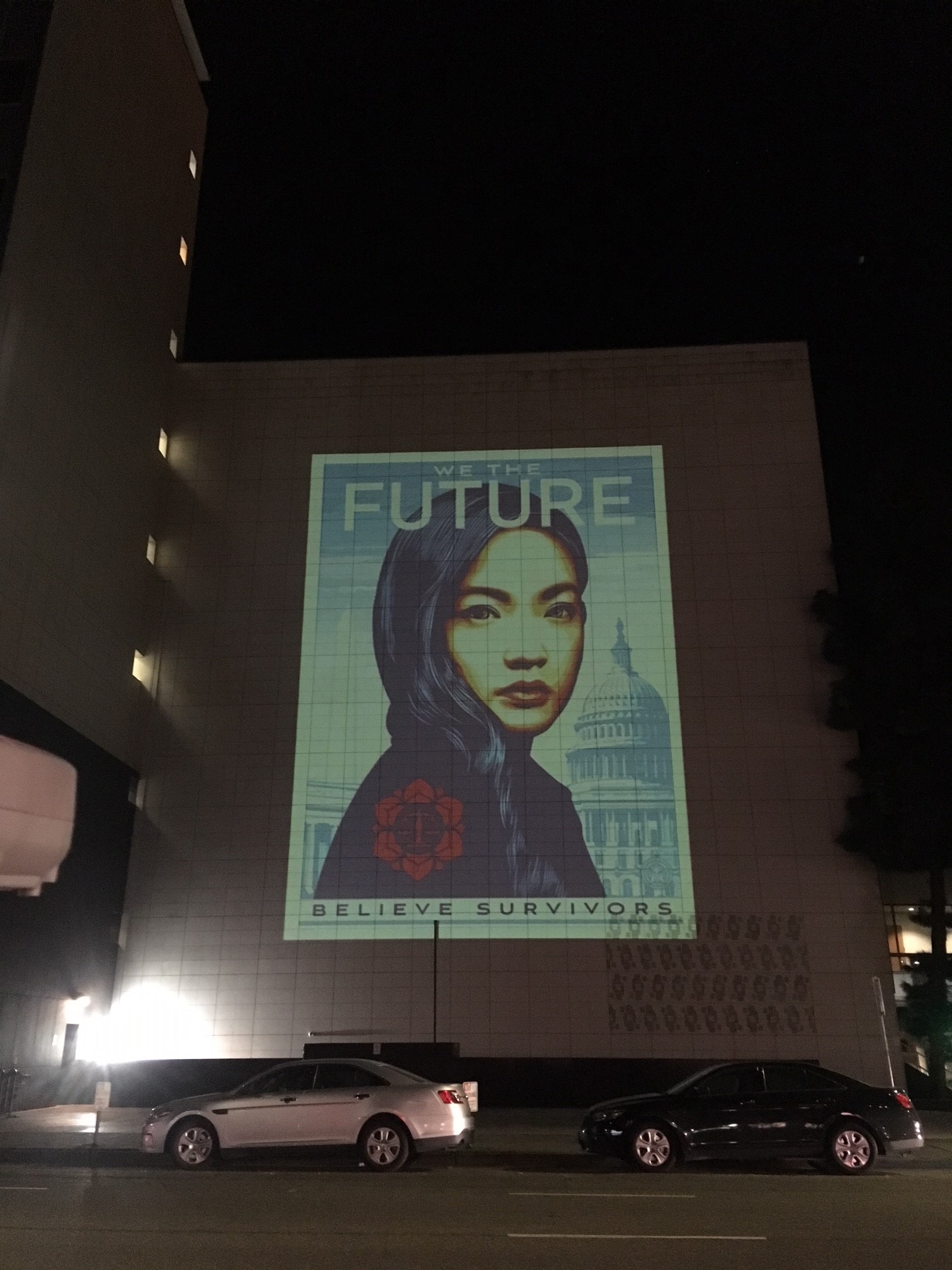 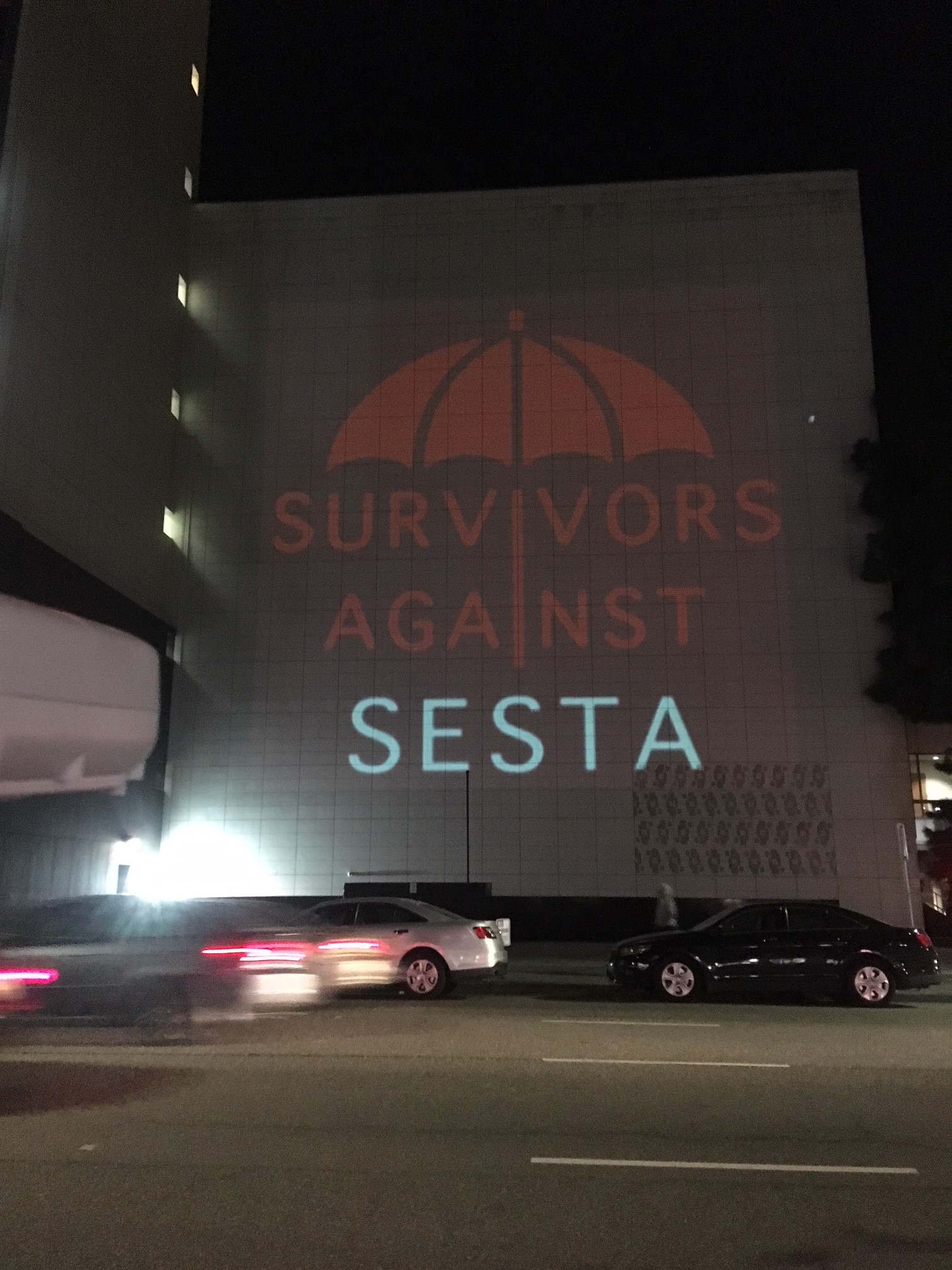 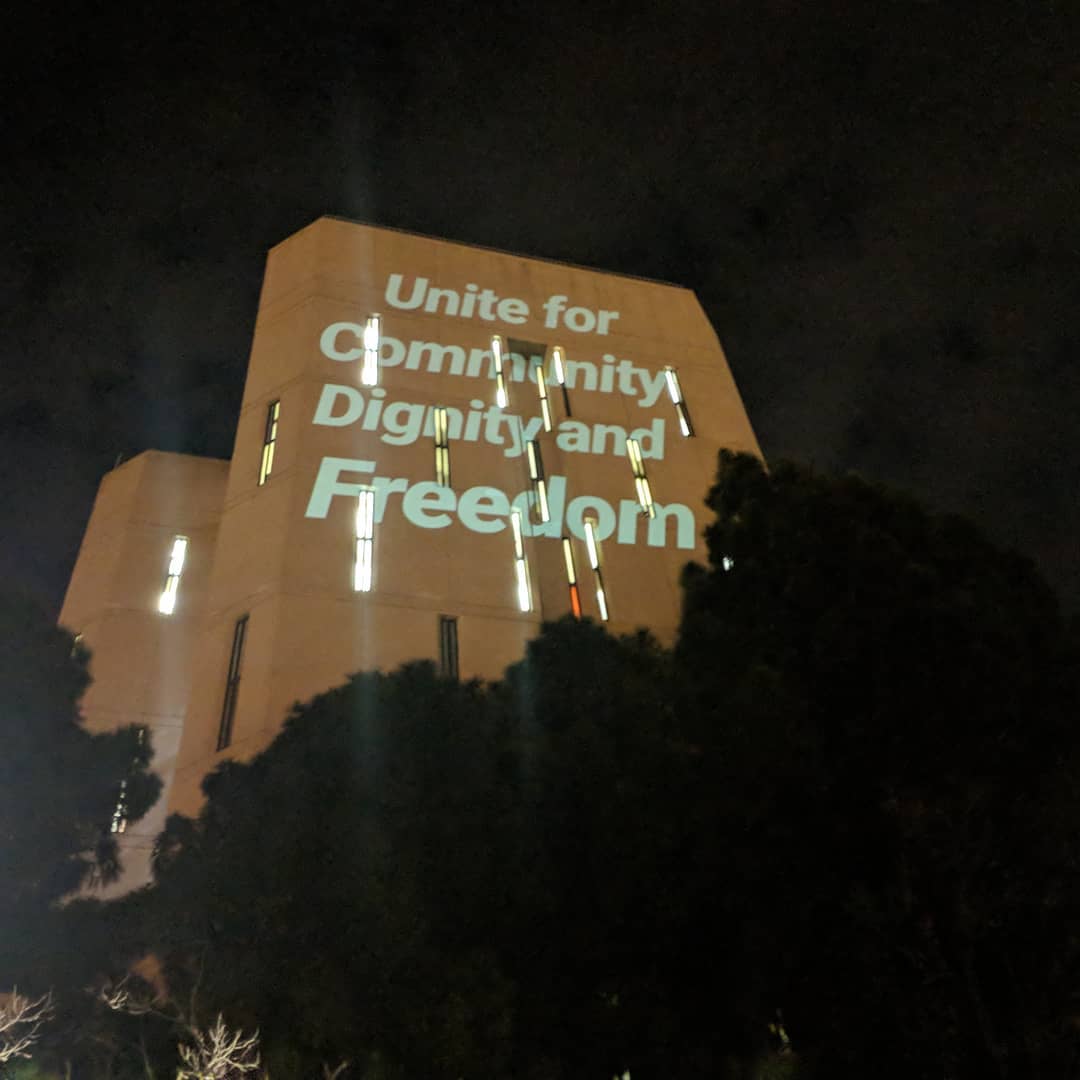