A coalition of groups carried out coordinated actions at the AMA's annual meeting to protest their historical opposition to single payer. 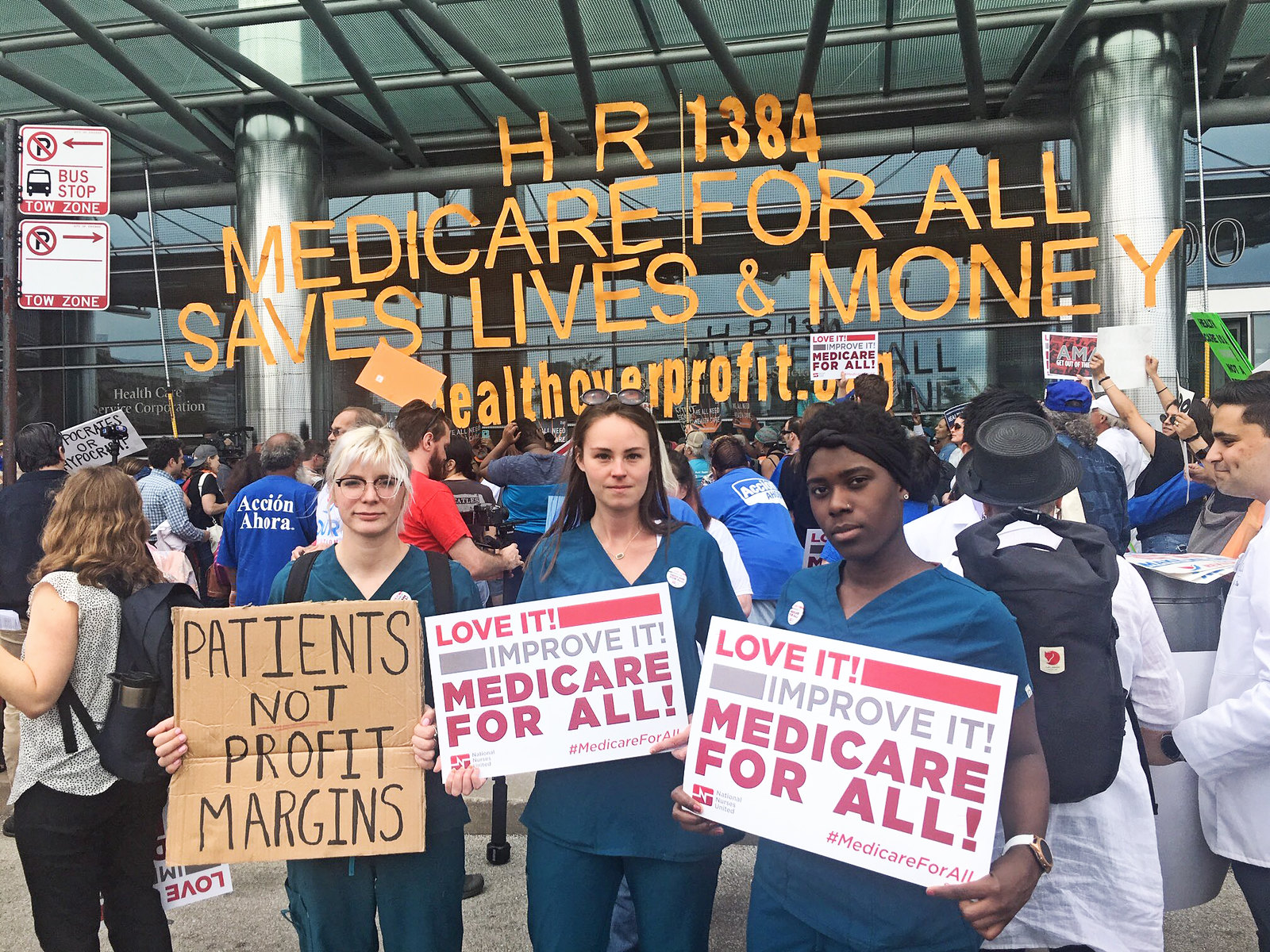 The group HOPE in the Midwest (Health Over Profit for Everyone) made a banner for a backdrop to outside aspect of coordinated actions by a coalition of groups at the AMA (American Medical Association) annual meeting.

The protest was led by a group of SNaHP (Students for a National Health Program), the student arm of Physicians for a National Health Program (PNHP). They planned the action recalling similar campaigns waged throughout the 1960s that picketed the A.M.A.’s annual meetings because of its refusal to take a stand against segregated medical services and for allowing local medical societies to discriminate against physicians and patients of color.

About two months before the event a coalition of various groups rapidly came together that were all supporters of Medicare for All. These groups included National Nurses United, Students for a National Health Program, Physicians for a National Health Program, People’s Action, Public Citizen, The Center for Popular Democracy, The Jane Addams Senior Caucus, HOPE and HOPE in the Midwest -Health Over Profit for Everyone, Illinois Single Payer Coalition, various labor unions, teachers, and activists. They worked together to send the AMA a message AGAINST corporate greed, misleading advertising, and the profit motive in health care. 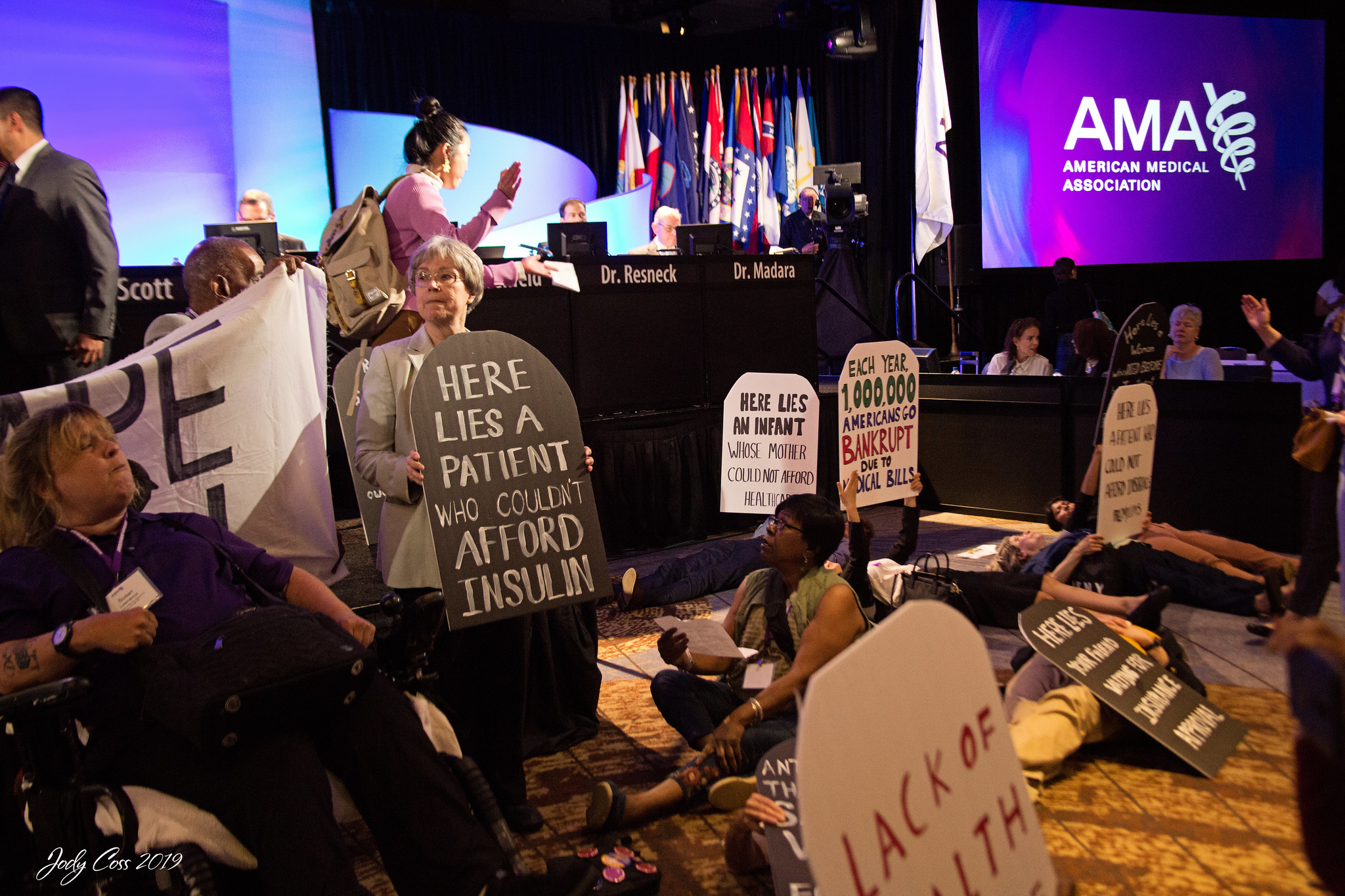 While Jane Addams Senior Caucus lead an inside group in a secret Die-In to disrupt the opening of the AMA meeting, an outside rally was held. They first gathered at the Blue Cross/Blue Shield Headquarters and then marched to the Hyatt Regency and held a second rally where the AMA was meeting. The inside participants joined them during the second rally.

Press coverage of the actions HERE, HERE, and HERE. 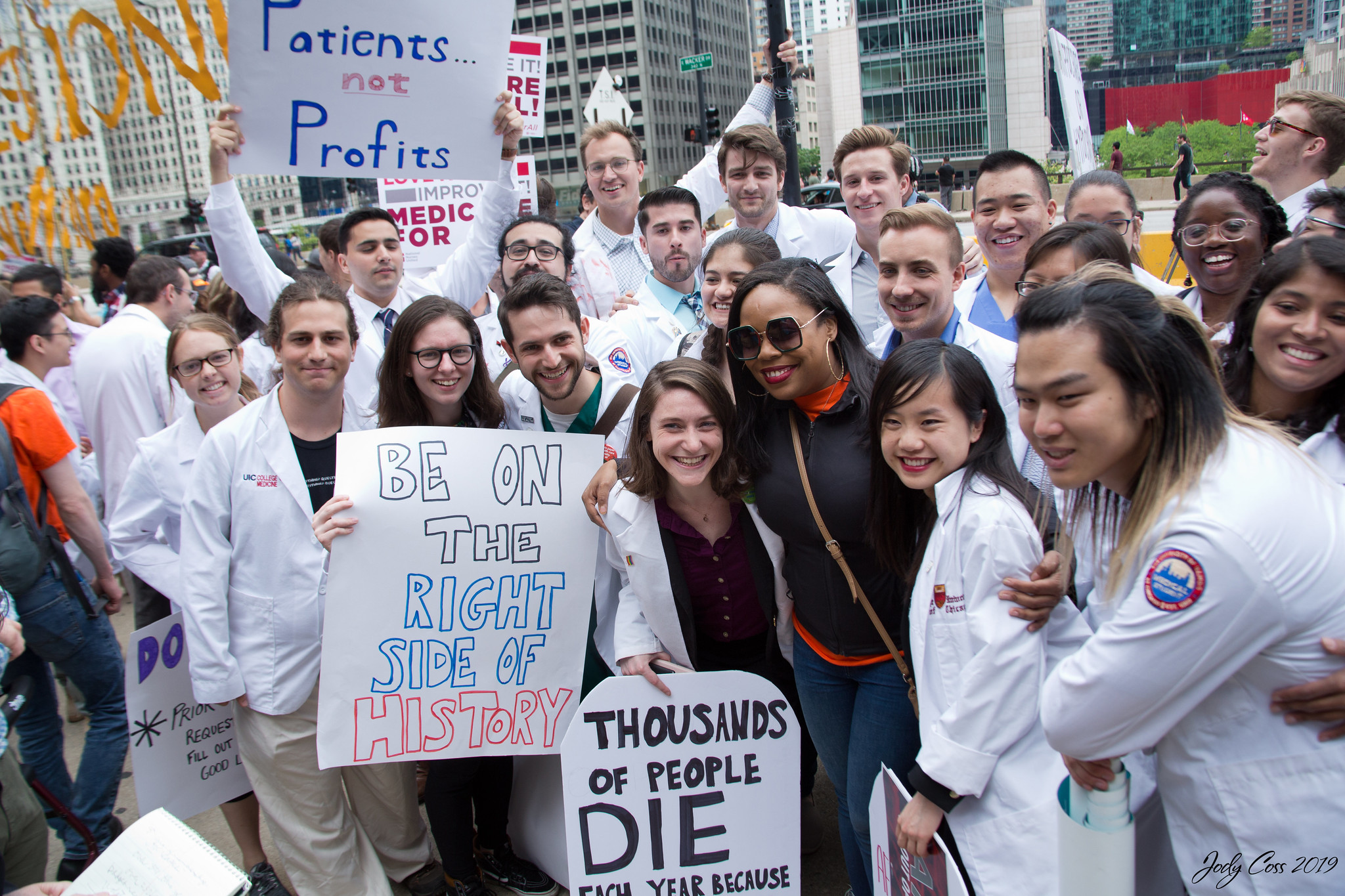