Folks in DC inflated the debt ball labeled with $1.5 trillion, which is the amount that student loan debt has risen to. The debt ball was also labelled HR 2366 to bring attention to a house bill that would restore bankruptcy protections for student loans. 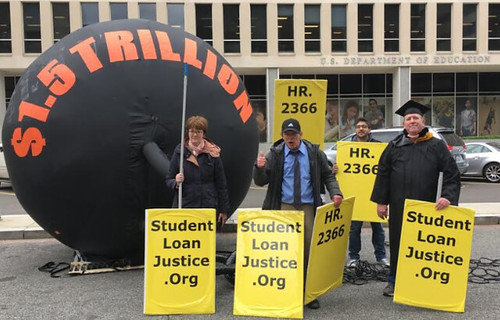 They inflated the ball in front of Congress and marched to the Department of Education. They took the streets and much of the march people were honking and cheering.

In Washington yesterday, we inflated a huge, inflatable student loan "Ball and Chain", and dragged it (stopping traffic multiple times) down the street to Department of Education Headquarters. We shouted, we chanted, we made loud, angry speeches right in front of DeVos' office. Interestingly, many of the cars who were delayed by our action actually CHEERED US ON! That spoke volumes. Fox News was there, as was Vice News. Not sure if they'll do anything with it, but hopefully so...
Perhaps the most significant stuff happened in Congress.

These events weren't huge- the next go round we'll want to have hundreds of people rather than tens- but they were HUGELY IMPORTANT, and they will make a strong point as we disseminate the footage to the people who need to see it. 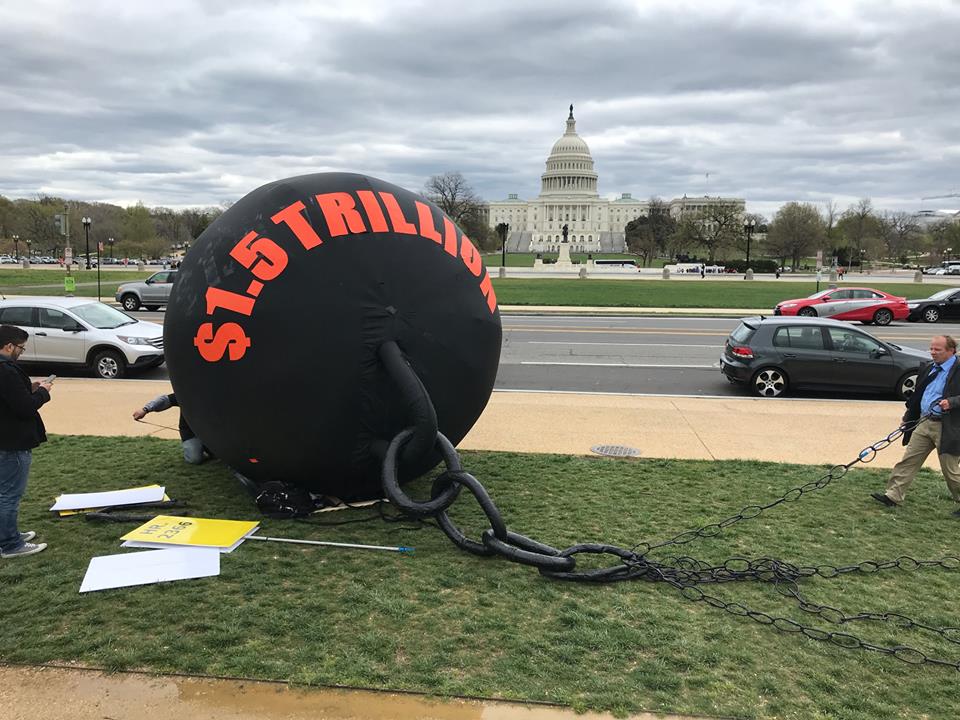 RIGHT NOW, I URGE EVERYONE to send a twitter, email, or other message to a republican Congress member (both House and Senate). Say something like this:
@justinamash Sir: You have a constitutional, conservative, and MORAL duty to stand up to the PREDATORY STUDENT LOAN SWAMP, and return to the people the UNIFORM RIGHTS that should have NEVER been removed. The Founders are watching. So are we. #HR2366 #studentloanjustice

THANKS AGAIN TO ALL WHO PARTICIPATED IN, AND SUPPORTED THESE HISTORIC ACTIONS WE JUST TOOK!!!
-Alan

Read an article about the action posted on Counterpunch and PopularResistance.

There is a documentary by Mike Camoin and Alan Collinge in progress about Student Loan Debt. Check out the website now and keep an eye out for a release date!