The team used a covert location to project at the Kinder Morgan Mission Valley terminal. 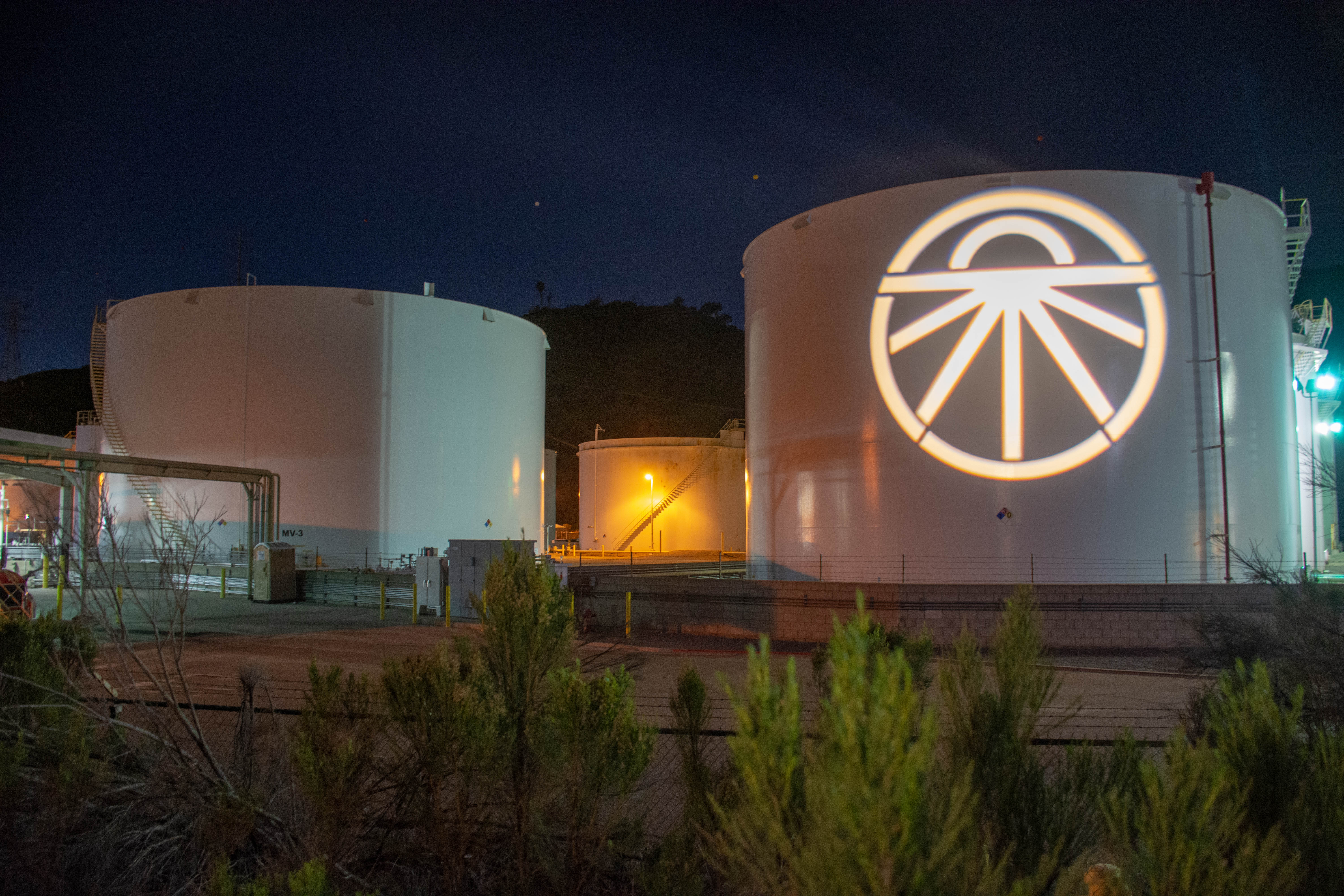 Three projectionistas walked along a trail at dusk to get close to the Kinder Morgan Mission Valley terminal and projected logos of the Extinction Rebellion, Sunrise Movement, and Green New Deal onto storage containers to help raise the visibility and public awareness of these movements. The projections started just after dark and were visible by the I-15 freeway traffic close by.

Despite not using a stand, one member of the team managed to hold the light steady enough to get some good longer exposure pictures. 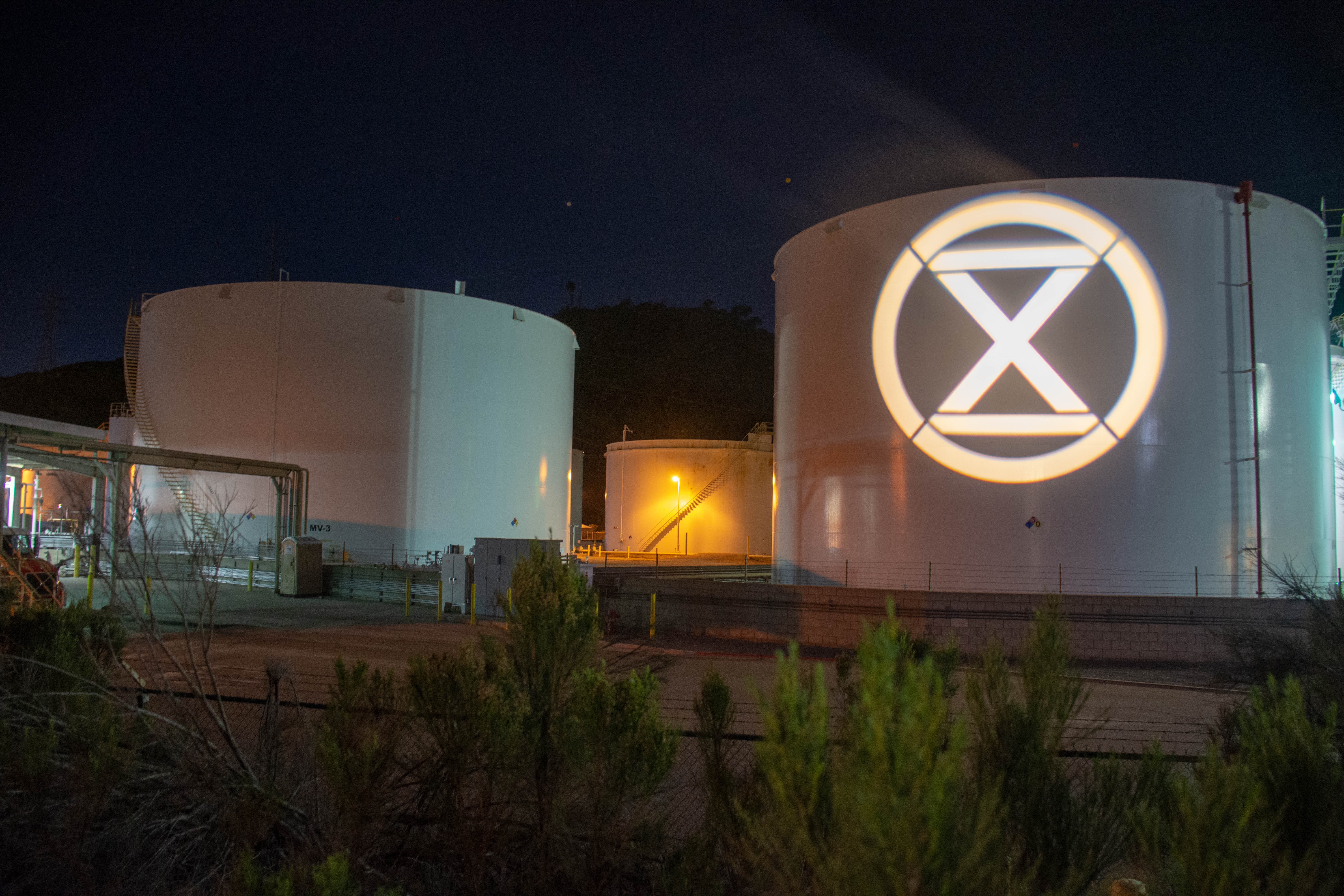 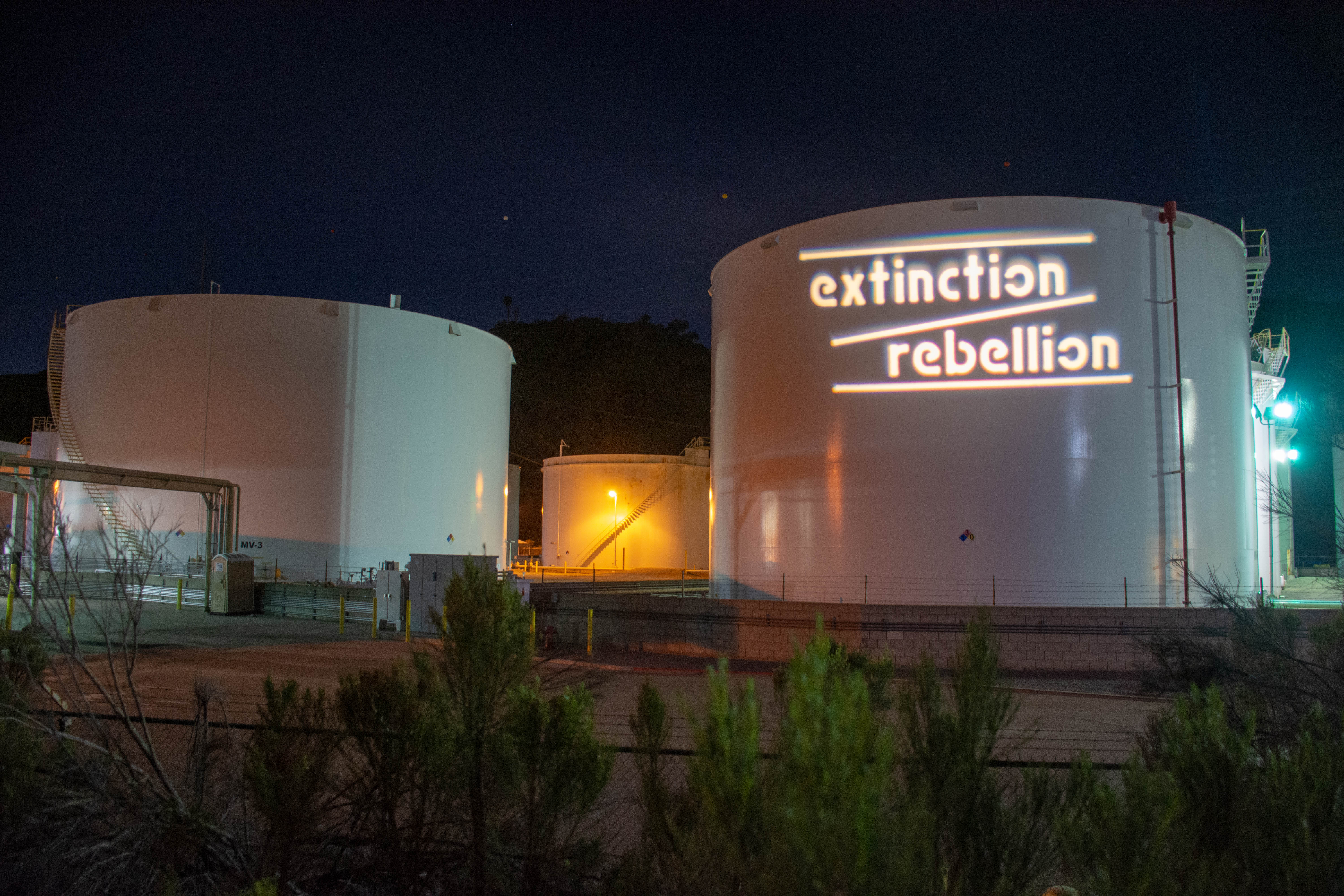 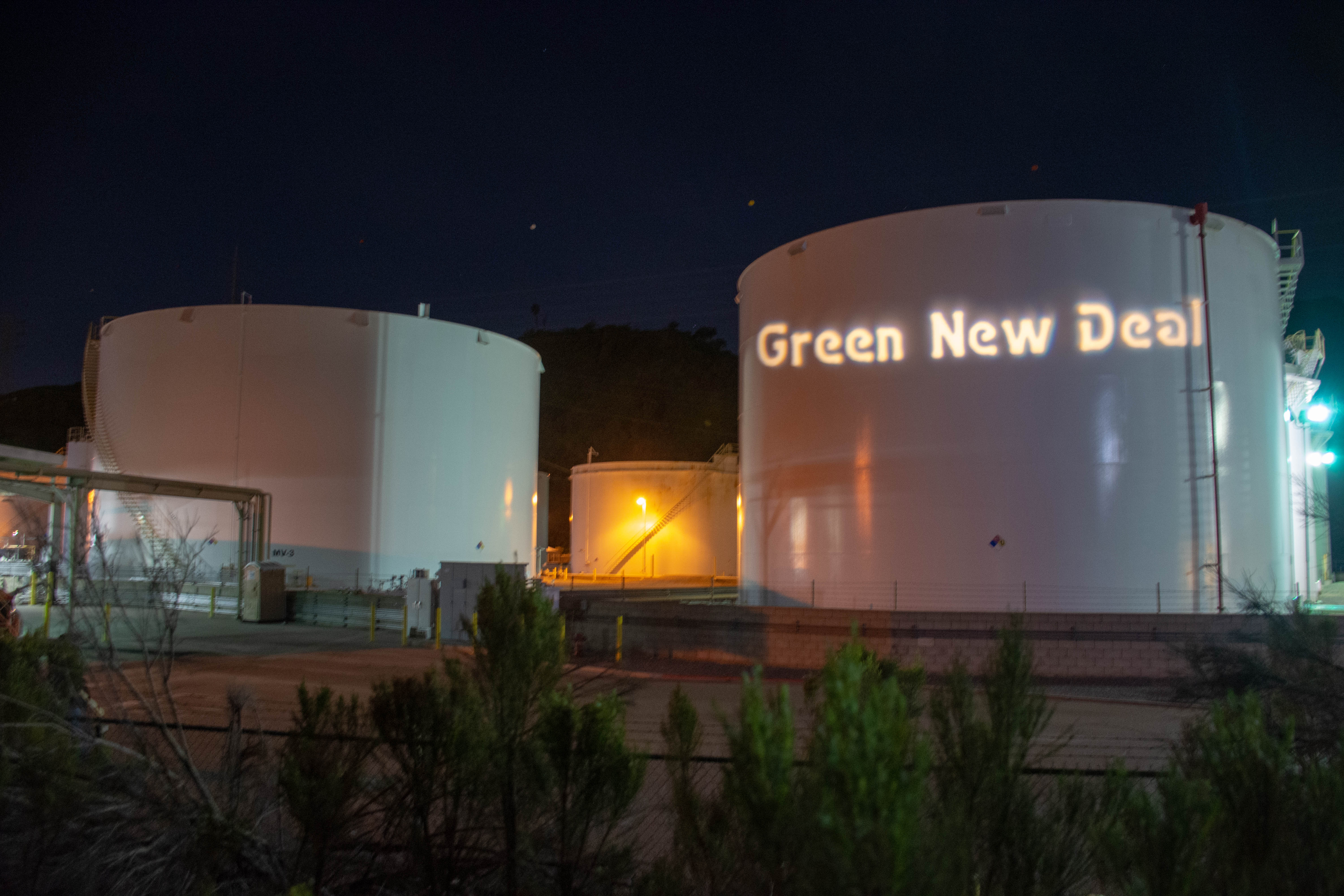