A small team deployed to PSE's illegal construction site to project on the tank for their proposed LNG terminal. 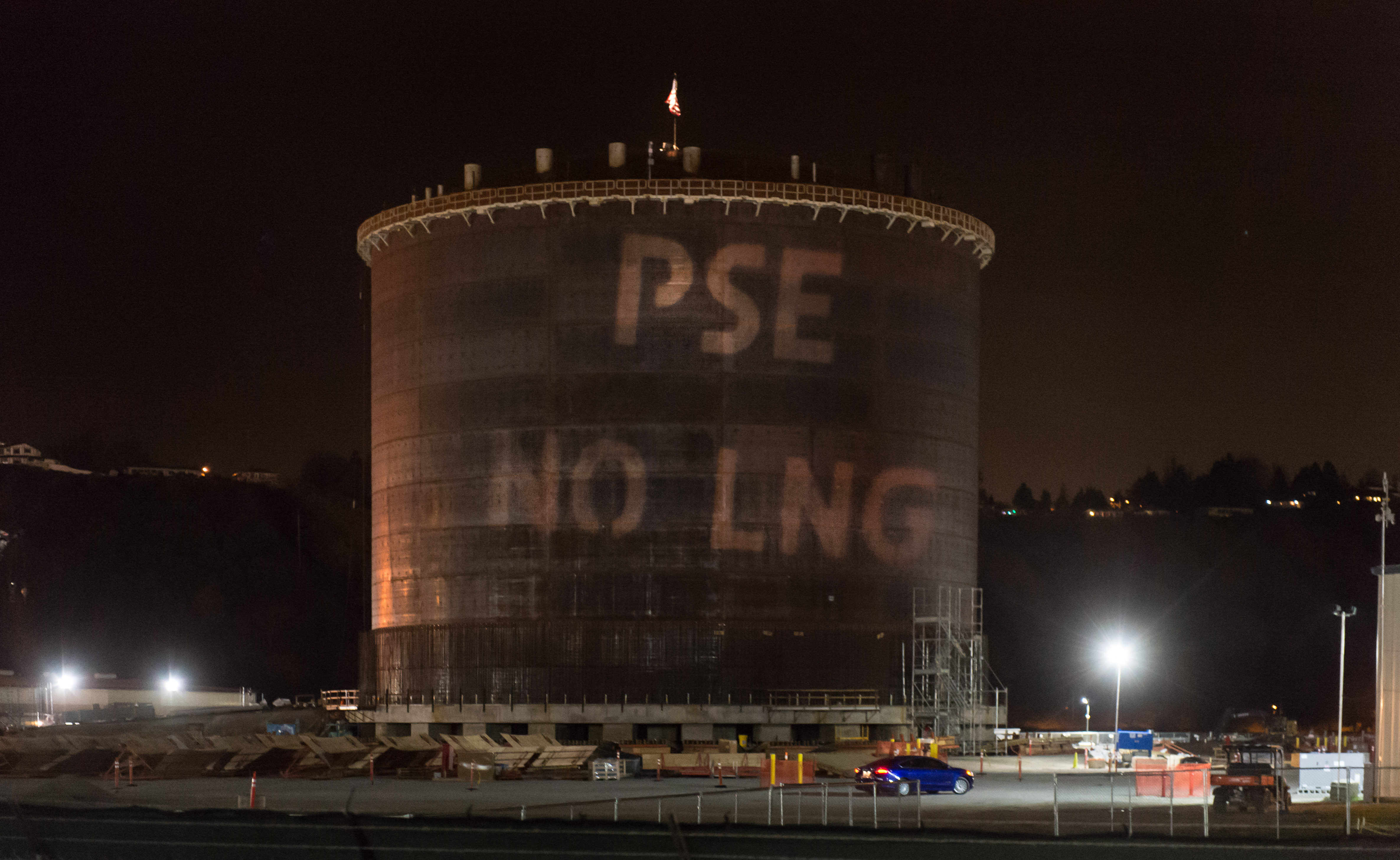 The day before, an indigenous led action at their corporate headquarters in Bellevue included a blockade and the satirical building of a Longhouse (small scale model), with the "No Permit - No Problem". The day after - a trial of a protester who had locked down to a crane in December 2017 begins.

The fight against the gas industry grows across the nation as fossil fuel companies position themselves to continue their dominance of the society and economy, ignoring the perils of people and the planet. But as we know, "When We Fight, We Win!"

Thank you Jeff Dunnicliff for your always amazing photography! 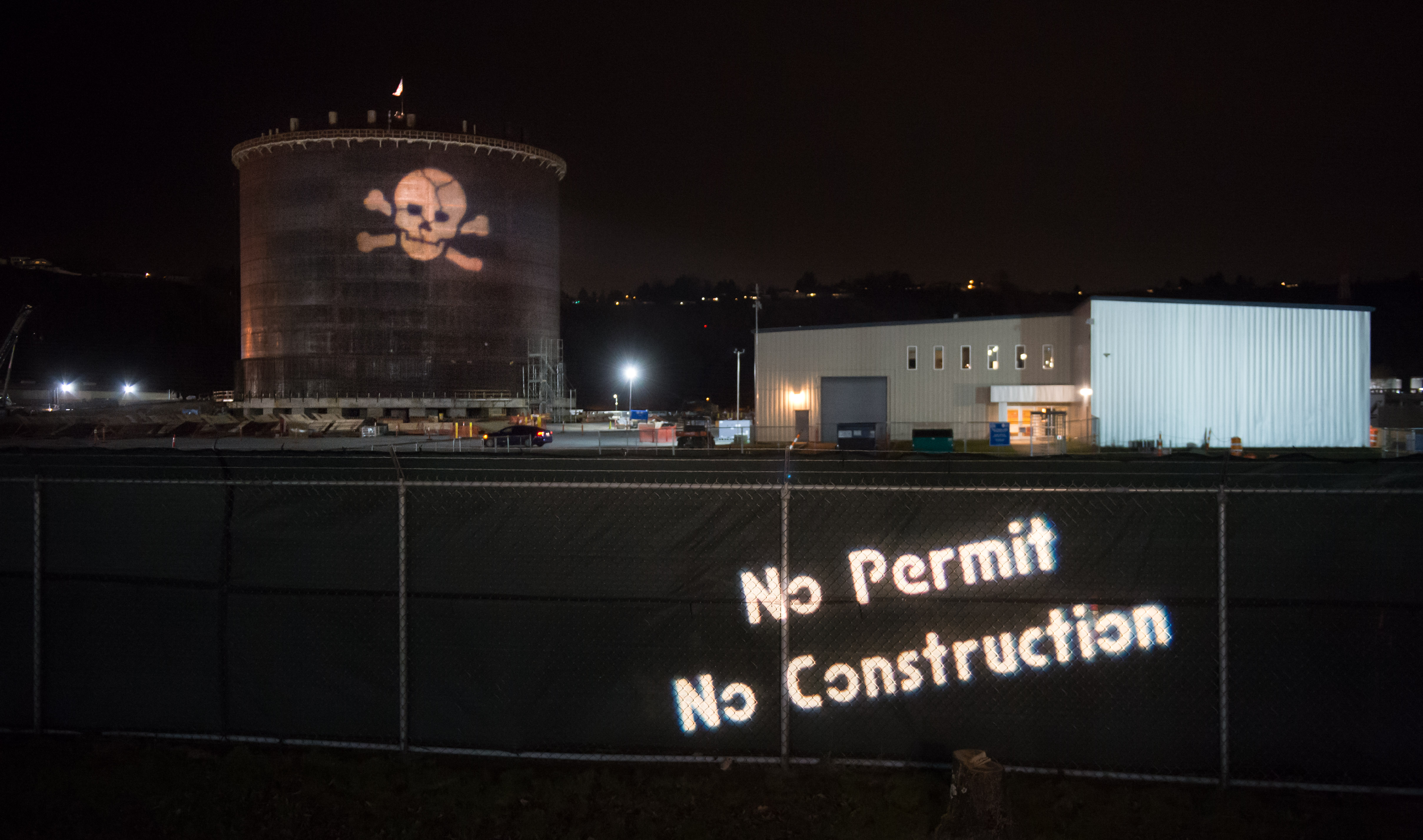 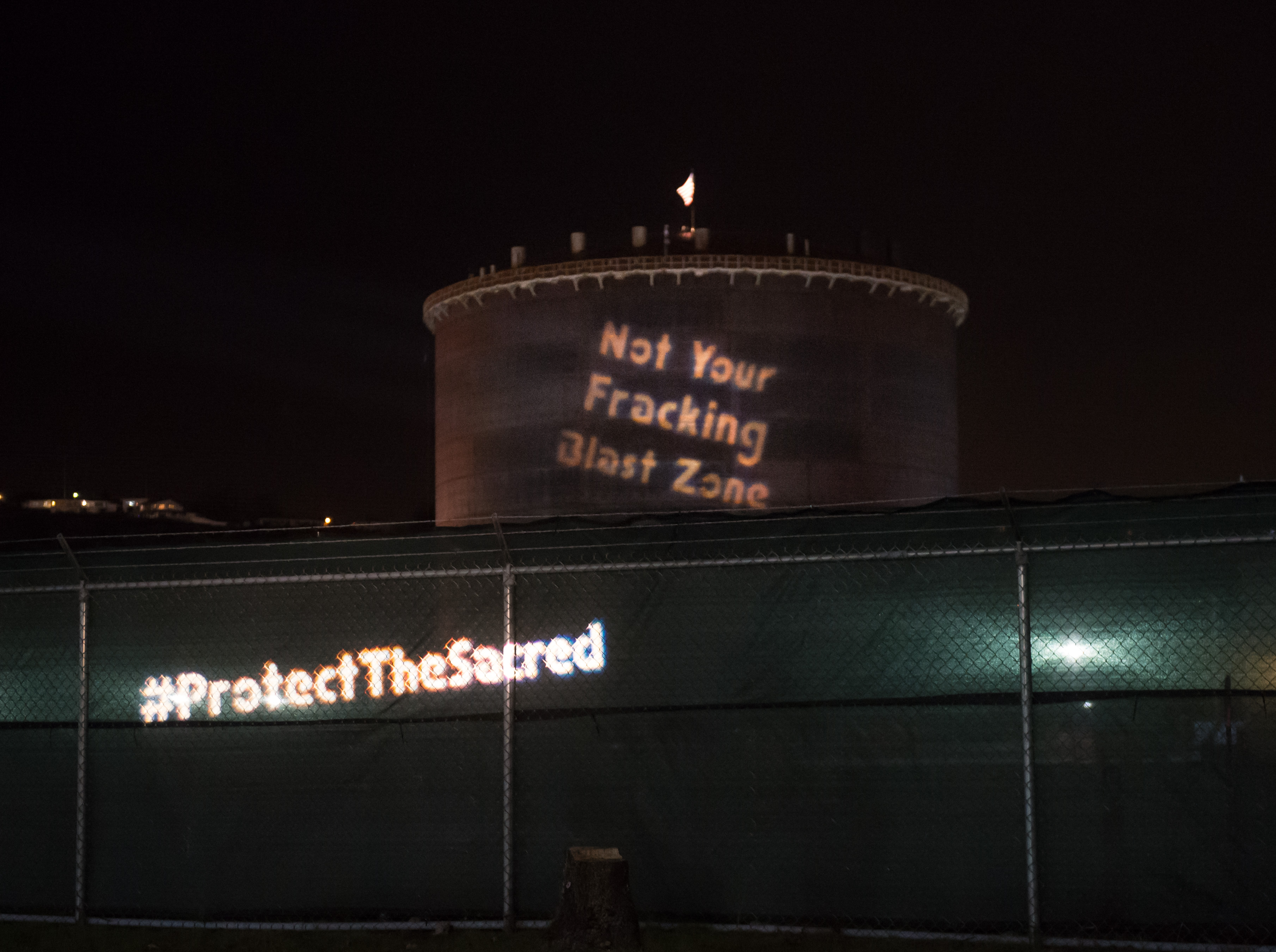