Beginning at 10 am in front of the Florida Supreme Court and marching to encircle the "Federal block" downtown, the group began with the enactment of people with pieces of the flag which they tried (and eventually succeeded in) putting together to restore the whole.

They then marched, encircling the federal buildings, while a Pro-Trump "Stand You're Ground" took place on the other side of the Capitol building one block from them.

Read more about the march here! 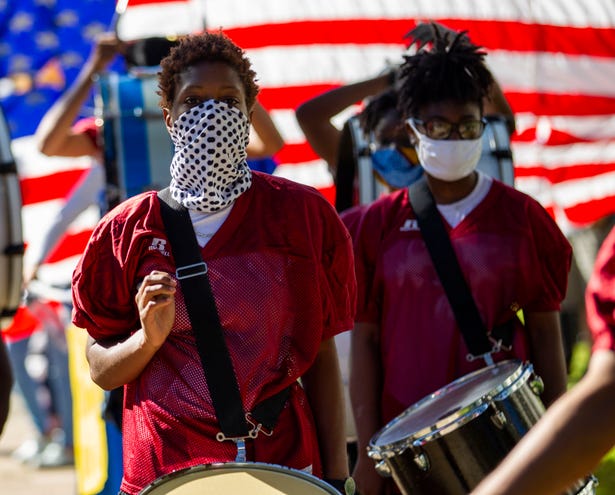 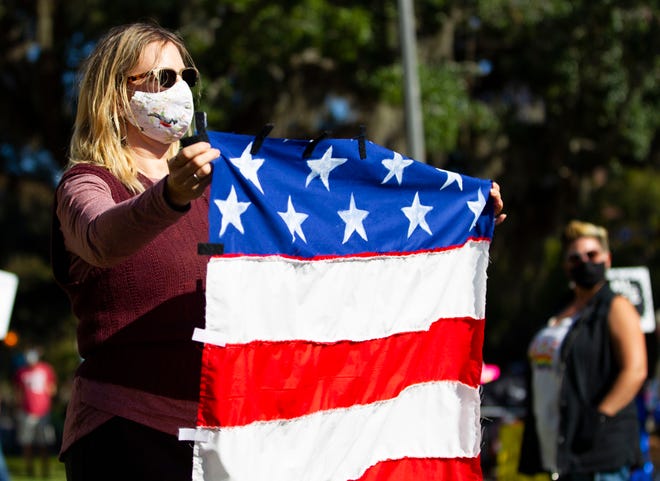 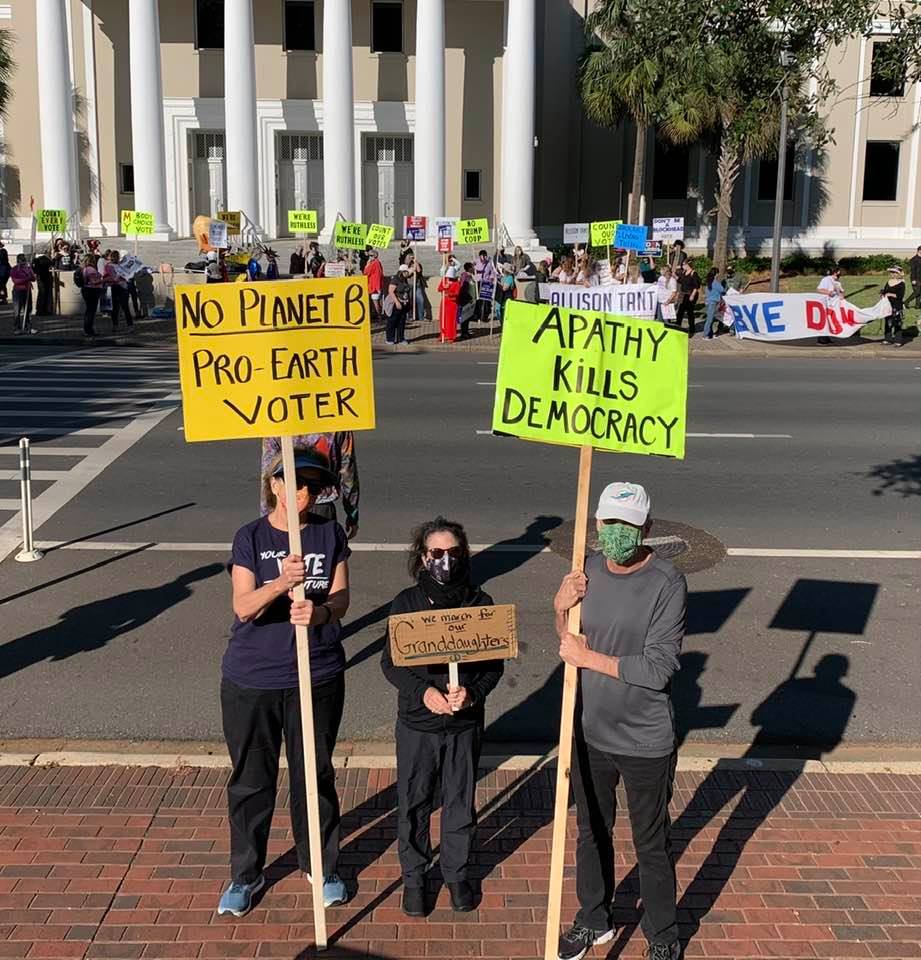 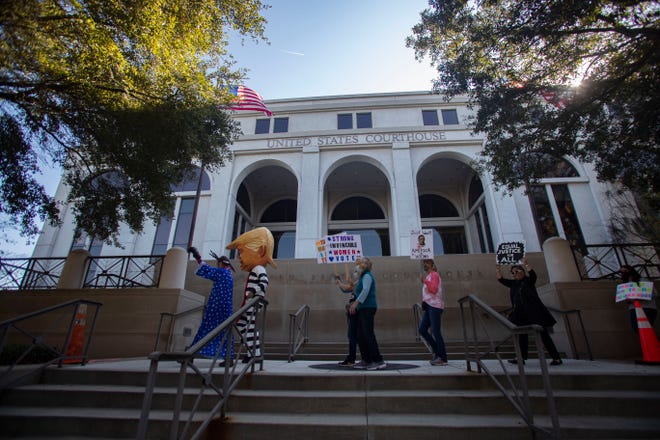