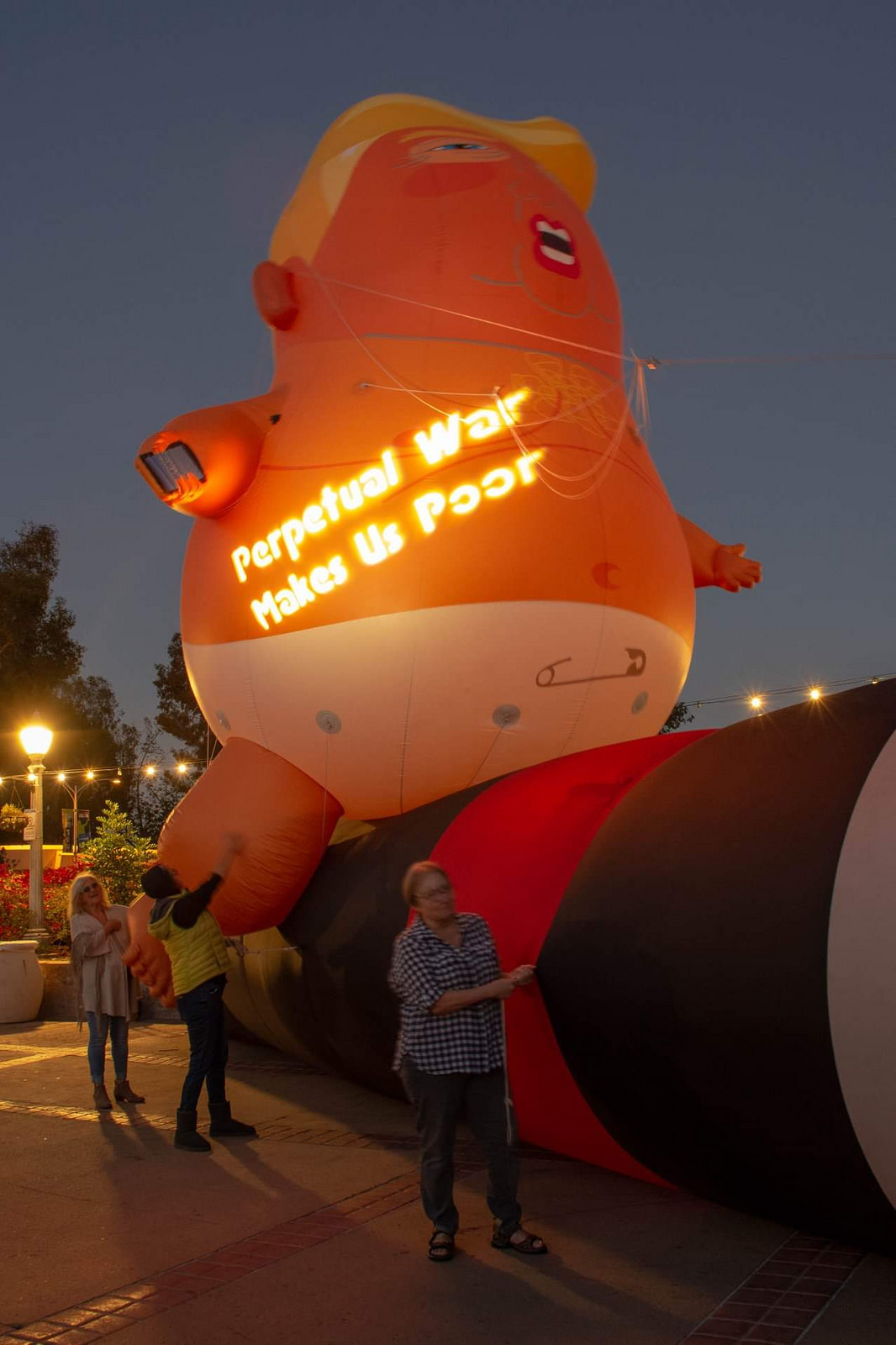 Folks dressed up in military themed costumes or as their least favorite politician! The Baby Trump inflation was followed by a short rally.

Check out Backbone San Diego on Facebook to join their events!

There are loads more photos on the Backbone Flickr page!

Watch a video of the action on Facebook taken by Dale Portre. 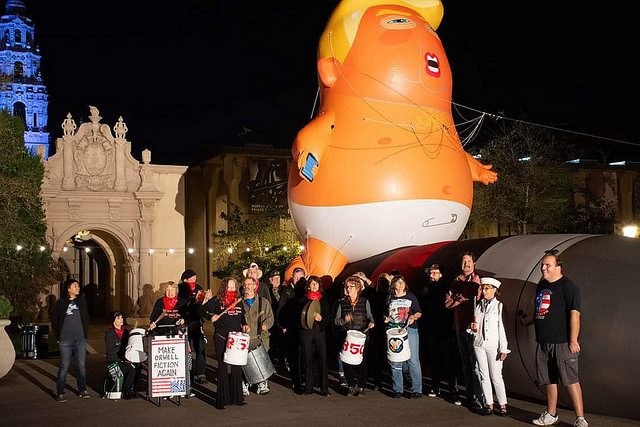