We The People Constitution Imagery Request 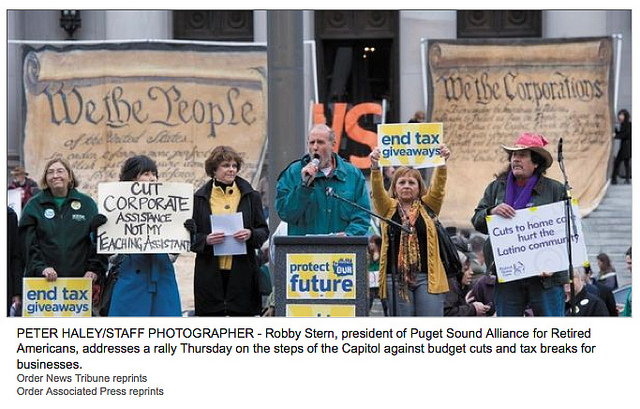 Assert your campaign's moral leadership and declare the widely held values of the community your work represents with this massive and interactive prop.

Easily engage and recruit supporters by inviting them to sign their name to the We The People Preamble prop with oversized feather markers. Use it as the backdrop for your rally, or take-over the streets during a march. There are many extensions that can increase the length of the prop to over 150ft. Without the extensions it folds into a suitcase. The prop was featured as an iconic image of the Occupy movement in 2011 Life magazine's Year in Pictures.

Fill out the form below to rent or borrow the We The People prop. 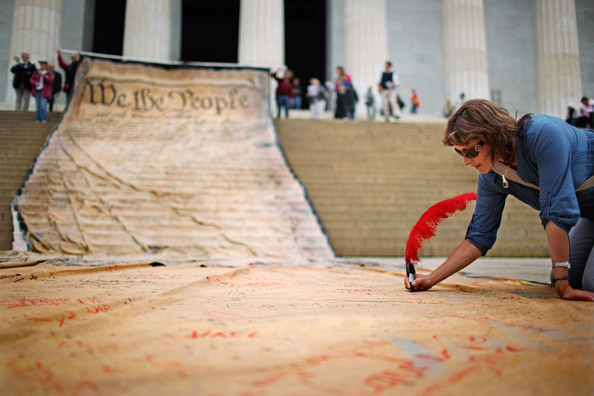