Told by the activists and leaders who live and breath this movement for justice, Whose St 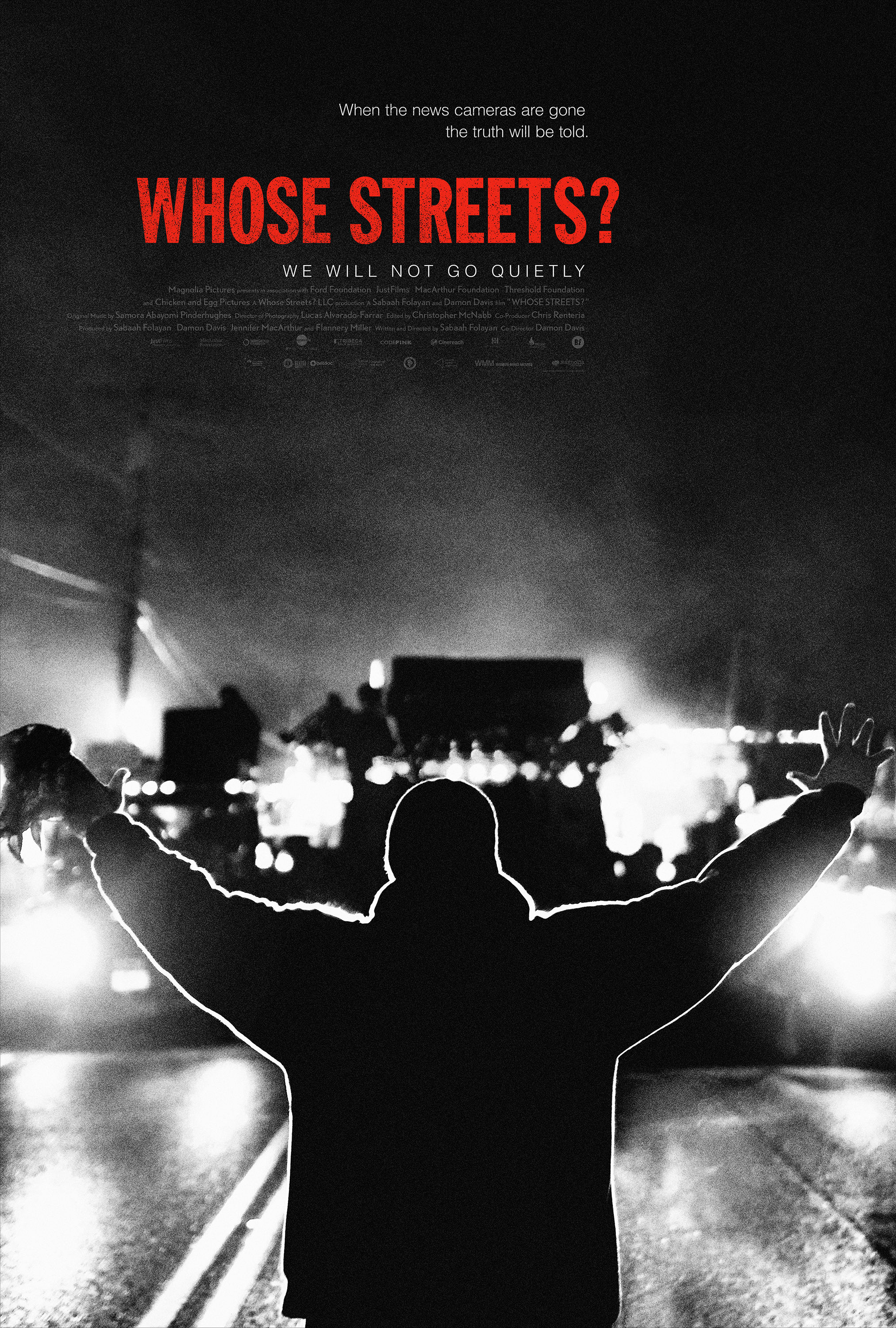 reets? is an unflinching look at the Ferguson uprising. When unarmed teenager Michael Brown is killed by police and left lying in the street for hours, it marks a breaking point for the residents of St. Louis, Missouri. Grief, long-standing racial tensions and renewed anger bring residents together to hold vigil and protest this latest tragedy.

Filmmakers Sabaah Falayan and Damon Davis know this story because they have lived this story. Whose Streets? is a powerful battle cry from a generation fighting for the right to live.

Anthony Rogers Wright will be our guest speaker after the screening.

Thank you to Vashon Theatre and Island Green Tech for their generous support that makes Backbone Meaningful Movies happen.

Admission is by donation, with no one turned away for lack of funds.