Nurses at UW Health in Madison, Wisconsin have been trying to get their union back since 2014. Governor Walker had signed a bill into law in 2011,  Act 10, that eliminated the ability for public employees to collectively bargain.

Because negotiations had not been fruitful, the nurses voted to do a 72-hour strike, September 12-14.

SEIU Healthcare asked Backbone to provide props for the strike, including large LED signage, a custom made printed banner and other activities such as speech bubbles and nighttime projection.

The weekend before the strike, the Union reps and the hospital administration met at Governor Evers home and they were able to come to an agreement to avert the strike - at least for now. Backbone Solidarity Brigade members Jody, Ed and Russ brought props to the Celebration Rally on Sept 13 at the Madison Labor Temple. 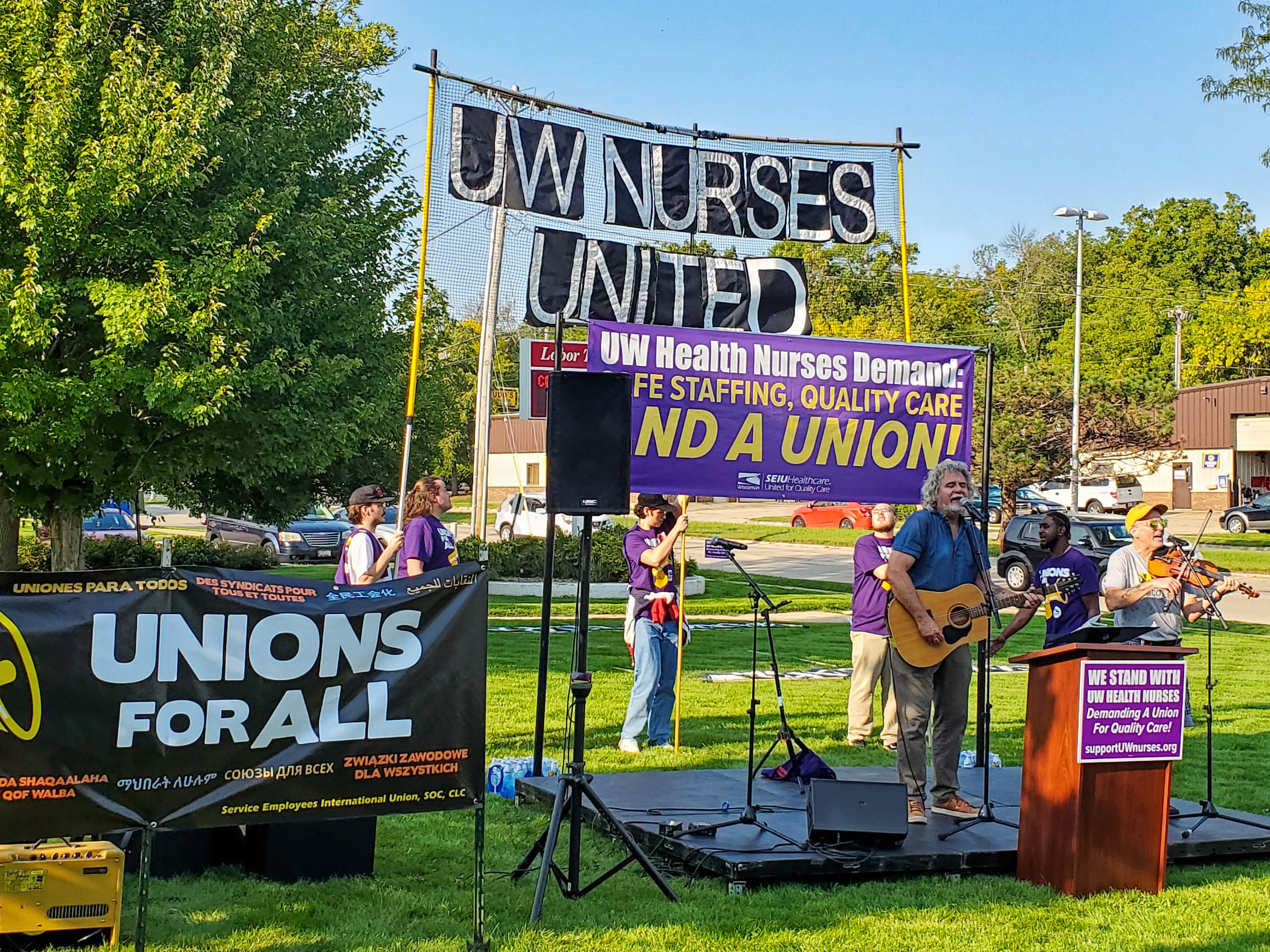 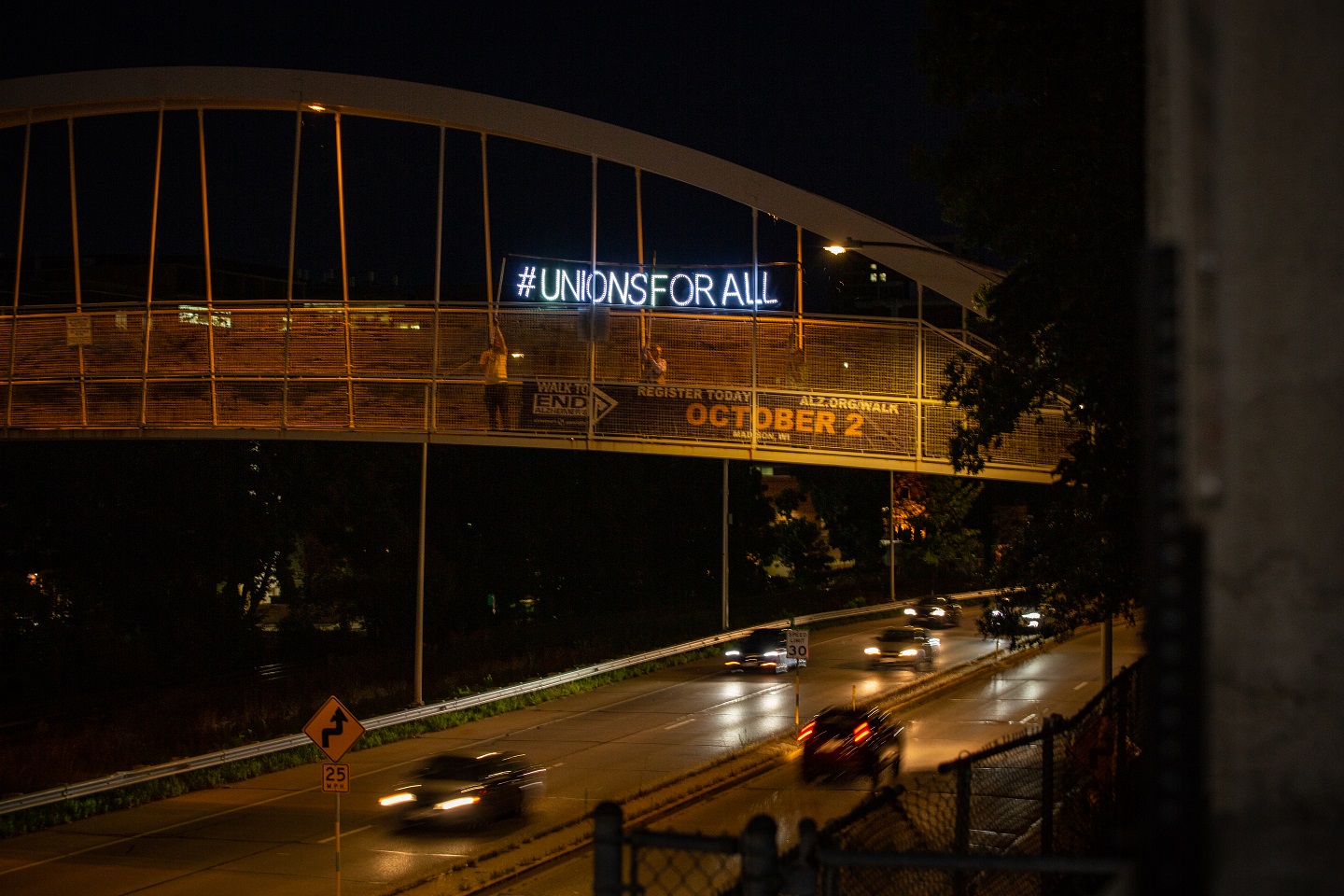 For more about the Nurses union, see this article from Labor Notes, After Strike Threat, Wisconsin Nurses Get a Possible Path to Union Recognition