Orca loving folks in Seattle and Vashon Island took a life size orca to Westlake Center on World Orca Day.  They passed out flyers about the critical importance of standing with the tribes to save wild salmon by breaching the 4 dams on the Lower Snake River, in order for the Southern Resident orca to have enough food. 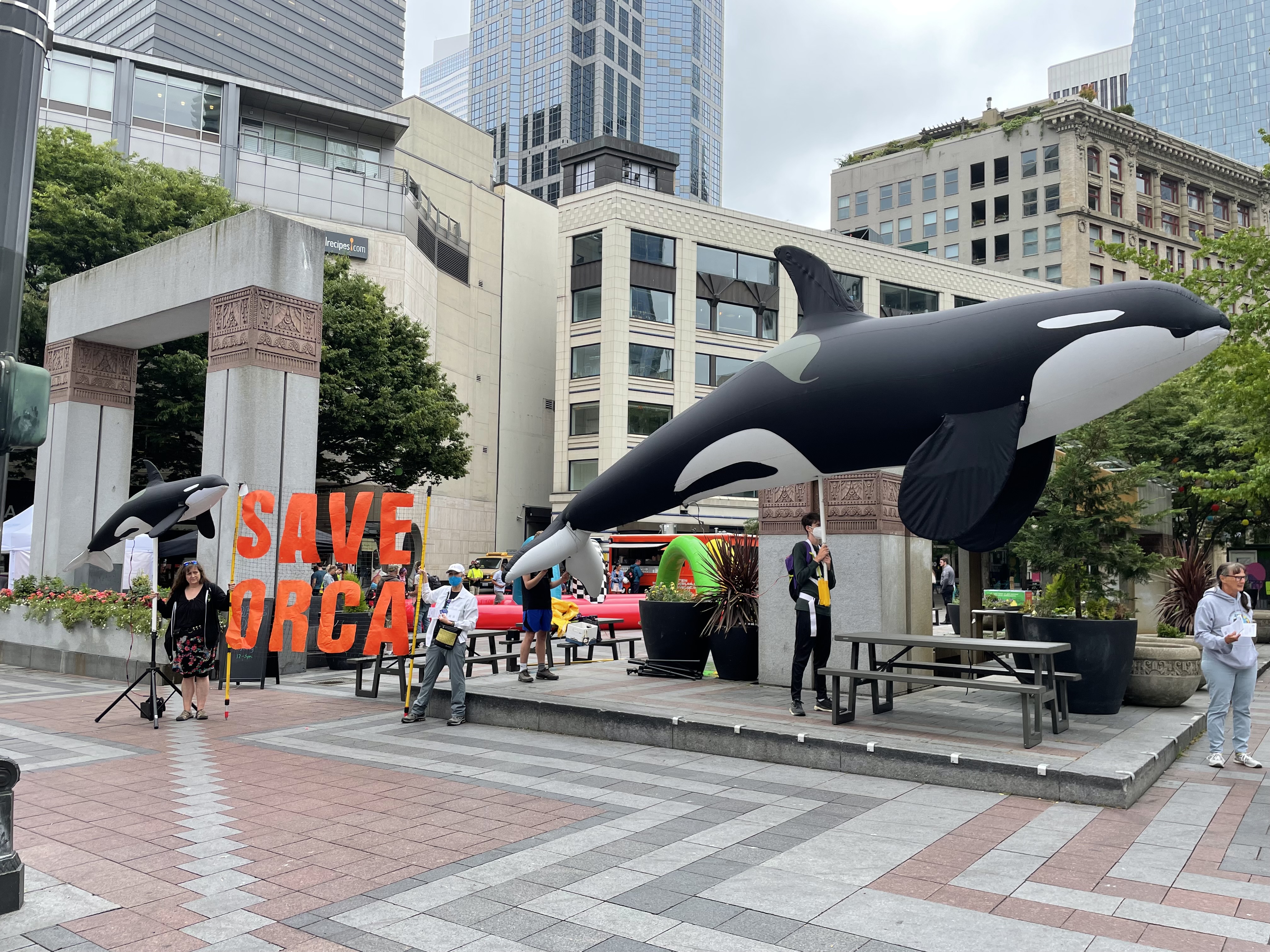 Since the 4 dams on the lower Snake River were built in the 60s and 70s, the orca's main food source, chinook salmon, has declined by 90%.  The orca are starving, while our Washington State Senators Patty Murray and Maria Cantwell do nothing. In fact, the day before World Orca Day, Senator Cantwell introduced legislation that would ensure Bonneville Power Administration (BPA) continues squandering taxpayer money and keeps the extinction machines running.

We need our Senators to rescue salmon, not Bonneville. The time is now, before it's too late.  Sign the petition by the Confederated Tribes of the Umatilla Indian Reservation Youth Leadership Council.  Contact Senator Cantwell and tell her you care about salmon and orca, not dinosaur agencies that waste taxpayer money and are no longer relevant in a green economy.  Contact Senator Murray.

In the words of Dammed to Extinction filmmakers/authors Steven Hawley and Michael Peterson, "The echo of your voice can save these animals." Keep speaking out.