Protect the Water, Respect the Rivers

The work continues to pressure policymakers for an actionable and urgent timeline to breach Snake River dams.  The clock is ticking - in 2021 the Nez Perce Fisheries reported that by 2025 the salmon will be quasi-extinct unless these four barriers are removed and the river is restored.

To amplify calls for urgency, Backbone mobilized teams in cities across the Pacific Northwest to banner and light project on World Rivers Day. Held the 4th Sunday of September, it is one of the largest global days of action on the planet. 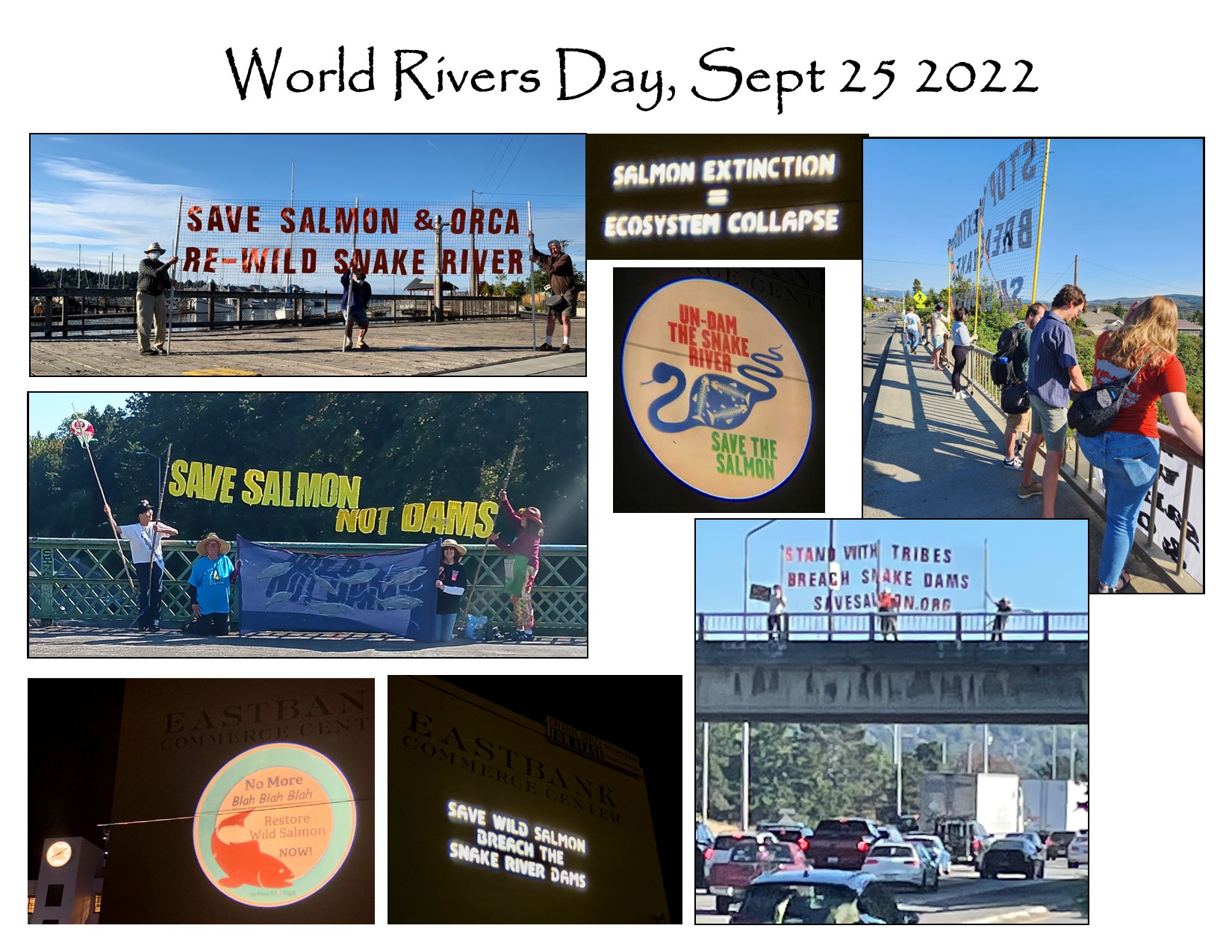 Activists who are fighting to restore the Snake River - by breaching the four dams that have turned it into a dirty, methane-releasing, hot water reservoir. Folks in Bellingham, Seattle, Olympia, and Portland showed up to banner, light project and advocate for a free flowing Snake.

The action was in solidarity with activists across the globe, showing up for rivers, and was part of Campaign Nonviolence's Days of Action.