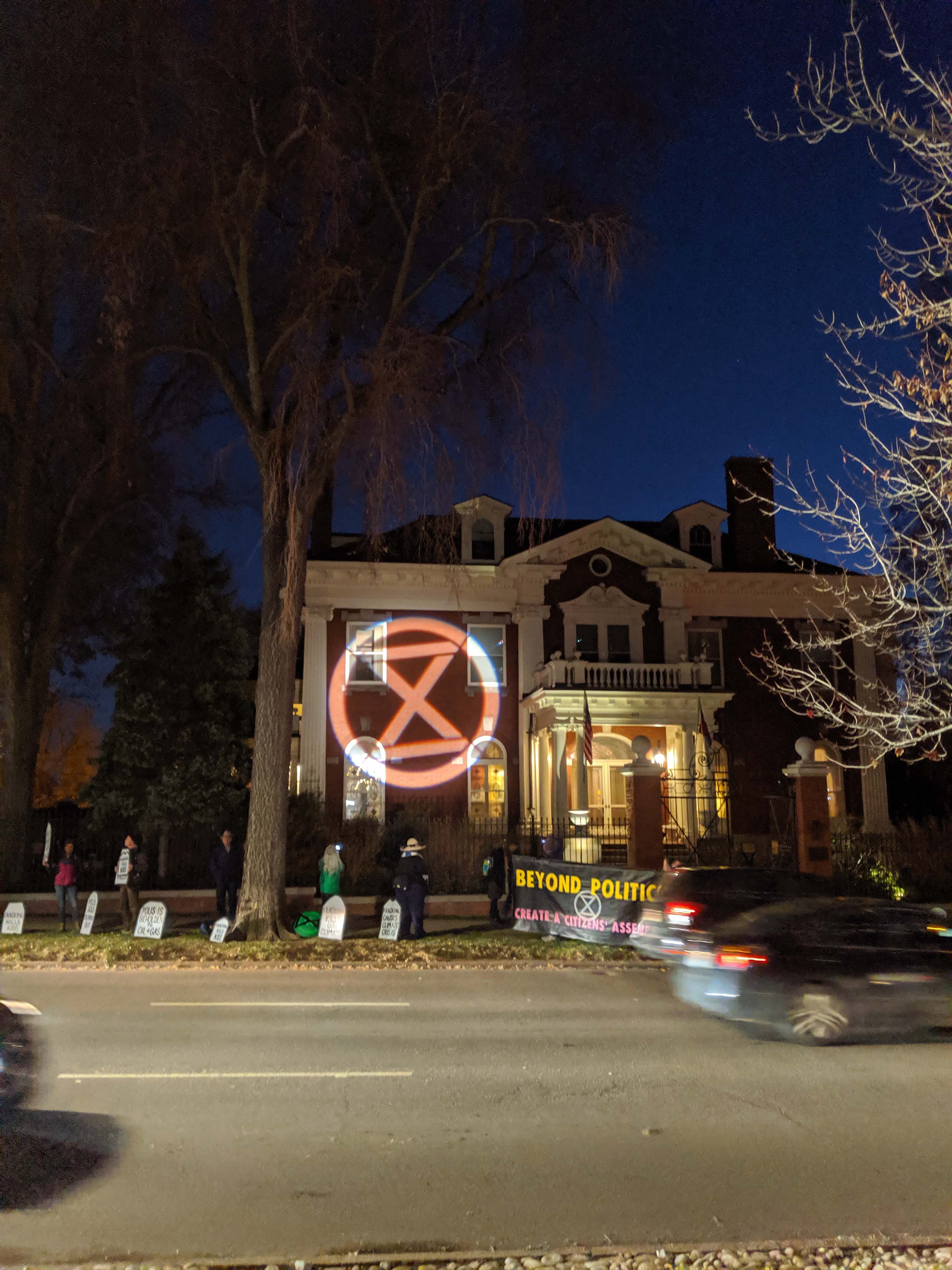 • Activists projected the words “Polis, Tell the Truth! Fracking=Climate Crisis” on the wall of the Governor’s Residence, where the Oil and Gas Cleantech awards were being held.
• Other activists inside interrupted the program to remind attendees that “this is a climate crisis.”
• The disrupters were escorted from the premises by state troopers.

Activists gave a public service announcement at the Oil and Gas Cleantech awards on Thursday night, interrupting the program to remind attendees that “clean oil and gas does not exist” and “this is a climate crisis.” State police escorted the protestors out of the building. (Check out the video on Twitter). Outside, other activists projected the words “Polis, Tell the Truth! Fracking=Climate Crisis” on the wall of the Governor’s Residence, where the awards were being held.

“There is no such thing as clean power from natural gas,” said scientist and activist Michael Denslow, who attended the rally. “All natural gas extraction leaks enormous amounts of methane, a potent greenhouse gas.”

Colorado has doubled its gas production since 2000 through controversial fracking techniques. Already linked to health effects and earthquakes, new scientific evidence has emerged linking a leap in global atmospheric methane to the fracking boom in the United States and Canada. Methane is a powerful greenhouse gas, with around 30 times the heat-trapping potential of carbon dioxide.

“Clean oil and gas is another way to dance around the climate crisis when we already know the answer: we need to get off of oil and gas,” said Dave Robinson, an activist with Extinction Rebellion.

“This is just another industry falsehood,” said Lisa Widdekind, another protester.

The Oil and Gas Cleantech event was co-sponsored by the Colorado Energy Office, ConocoPhillips, and Noble Energy, among others. It featured technology to increase efficiency of the well drilling process and to scrub natural gas of water and sulfur. 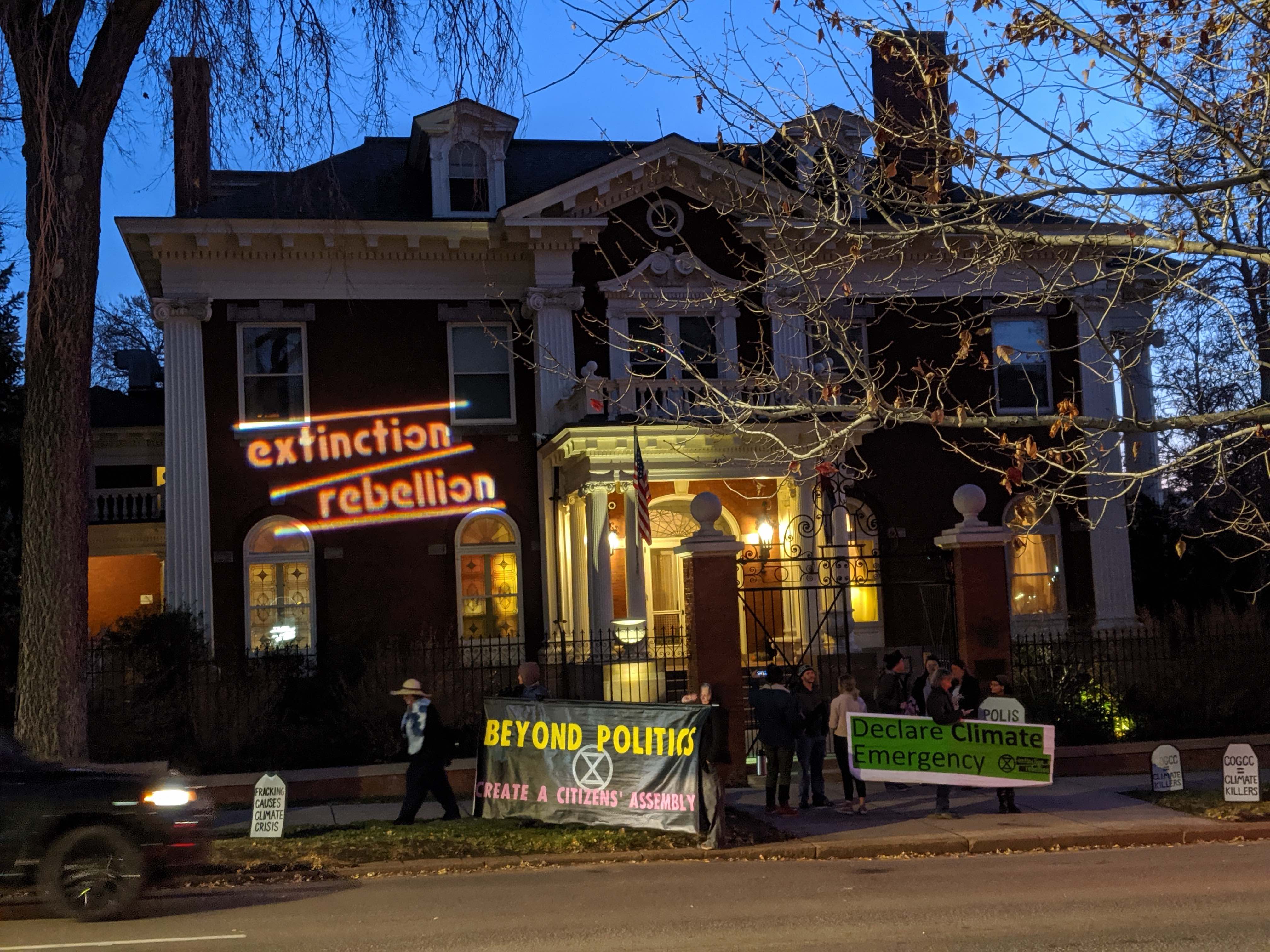 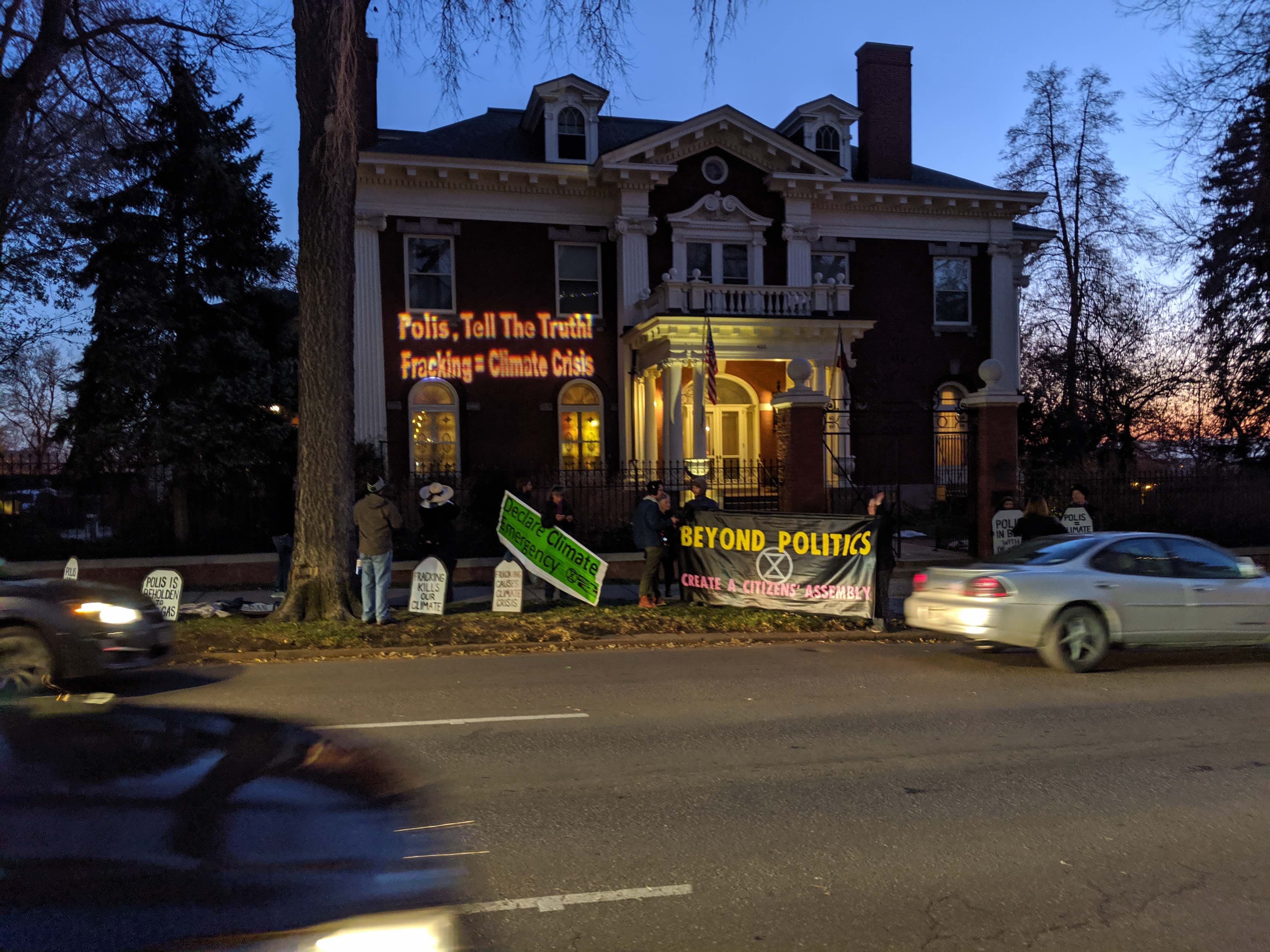