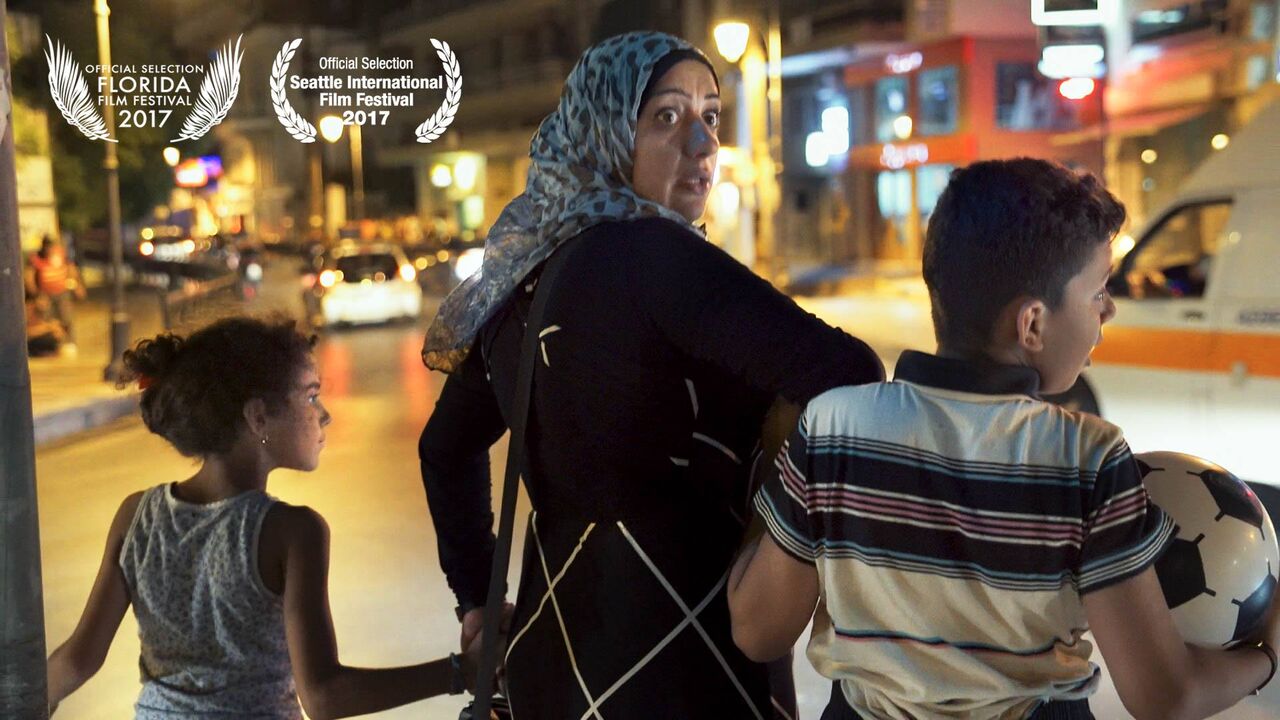 Vashon Theatre, Tuesday, January 9th at 6 pm.  The film, "8 Borders 8 Days", tells the story of a single mother who faces the consequences of America closing its doors to families fleeing war.

Following the film screening, members of the Vashon Resettlement Committee will speak about their work to resettle three Syrian families on Vashon Island.

Check out the trailer here.

In the documentary, Sham – a single mother with no answer to her application for resettlement in the US, and every other path to safety closed off – decides that a smuggler’s raft to Europe is the only way out. The film reveals the enormous challenges faced by refugees like this fiercely-determined mother; viewers will better understand the realities of why parents are willing to risk their children’s lives for a better future.

Says the Director Amanda Bailly, “I first saw Sham’s bravery in action the day I arrived in Lesbos, Greece, in September 2015. We were outside of a sports stadium among Greek riot police and more than 10,000 refugees who had rushed to the scene to obtain government permits that would allow them to continue the journey to mainland Europe. Sham approached a baton-wielding officer and demanded he make a separate line for women and children away from the men, and he did.

“This fearlessness is what drew me to Sham. I had flown to Lesbos with the intention of filming a short video about the conditions on the island, but I was so moved by her strength in spite of the circumstances that I couldn’t walk away. I saw a woman thriving at a time when everyone around her was helpless. I was curious to know what would happen to Sham because she is the best-case scenario: resourceful and fiercely determined. I wanted to show the human consequences of this.

“I never imagined that the immigration issue in the U.S. would become as explosive as it has today, but this is exactly why 8 Borders, 8 Days is more important than ever. Sham’s story is one that can cut through fear and misinformation, and humanize the issue for an American audience. She is a strong woman determined to find a safe space where she and her kids can be self-sufficient and thrive. Her story is highly relatable: like all parents, Syrian parents want what is best for their children.

“My hope is that Sham’s story and our shared journey will inspire people to make changes in their own lives by opening their hearts and communities to people fleeing violence and persecution.”

The acclaimed documentary is an immersive experience of their eight-day journey to safety. The screening is made possible thanks to generous support from Island Green Tech and Vashon Theatre.  Admission is by donation to Backbone Campaign; there will be an additional opportunities to support the Vashon Resettlement Committee.

Backbone Meaningful Movies show the 2nd Tuesday of the month at Vashon Theatre.  All members of the Lumbar Club are invited to attend and skip the Donate Jar!