Here are some upcoming events - we hope you'll join us!

At tomorrow's Art Build, we'll construct a giant banner for the Stage at the Seattle Womxn's March! We'll also start constructing a banner for the MLK March, testing inflatables, making LEDs, and more.  Let us know you're stopping by and when.  Art Build happens 12-8pm at the Sheffield Bldg on Vashon, 18850 103rd Ave SW. There will be snacks, and we'll be mostly working in the upstairs classroom, which is warm and carpeted.

We'll discuss Solidarity actions with Extinction Rebellion's US Launch on Jan 26th, how we can build grassroots pressure for a Green New Deal, the campaign to save orca and salmon and to breach the Lower Snake River dams, and more.  RSVP to get the Zoom call in info. 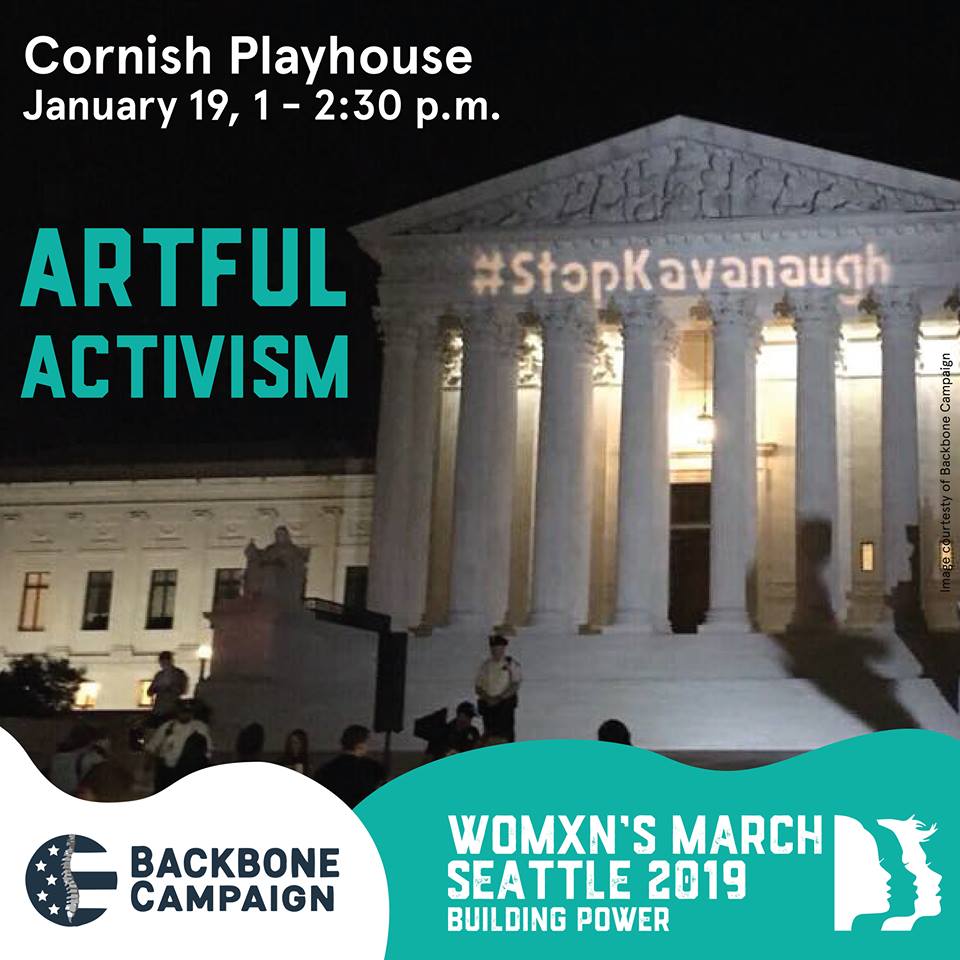 Backbone is bringing lots of images and banners to the Seattle March, and we need your help processing through the streets, from Cal Anderson Park to Seattle Center.  Let us know you'll join us - we'll have the giant earth ball, the massive "We the People" (if there's no rain), banners and drumming. It's going to be a blast!

At the end of the march, the Backbone crew will give a free hands on workshop on Artful Activism Tools, at the Cornish Playhouse at Seattle Center, 201 E Mercer.  The workshop runs 1-2:30; all welcome!

Backbone ED Bill Moyer will present Grand Strategy and Lessons from the Art of War, applied to nonviolent social movement.

What approaches work when it seems everything, everyone, and democracy itself is “for sale”? And when public rhetoric is based in a grand strategy to divide, isolate, and control? This presentation will assert that we, too, can use the tools of grand strategy to expand alliances, increase cohesion, deepen resolve of people and communities to protect the sacred, and build a world where nothing of ultimate importance is actually for sale.

Join the vibrant Backbone contingent! We need folks to drum, carry the beautiful "Green New Deal" LED banner, or the new "Shut Down Racism, Shut Down Hate" banner.  Contact Amy to help carry a banner or to join the percussion team.

Sign up to be part of a Light Projection crew or to hold a banner on this Day of Action, on the Launch of XR in the US. 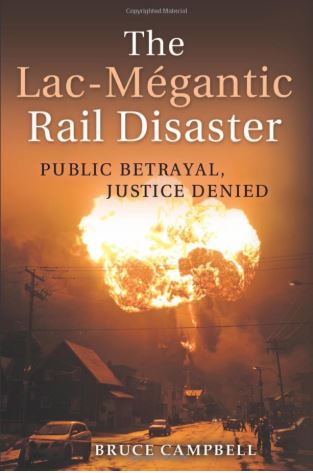 The Lac-Megantic Rail Disaster: Public Betrayal, Justice Denied by Canadian author Bruce Campbell, concerns the explosion of an oil train in a small town in eastern Quebec province, Canada, on July 6, 2013 -- and the investigation that followed. Forty-seven people died, almost the entire small town's downtown was destroyed, there was pervasive contamination of land, buildings, and water, and questions of accountability are ongoing. This tragedy and its aftermath brings us to the intersection of the railway industry, the fossil fuel industry, government regulation, safety of workers, safety of communities, and the crucial role the railway plays in a just transition to jobs, health, and a livable future for all of us.

At this author event, Solutionary Rail will also be introduced as part of a Just Transition. Be part of this important conversation on Wednesday, January 30, 6-7:30 pm at the University Bookstore in Seattle. Watch for another email with a link for free tickets; reservations recommended.

This Action Alert is from our friends at Whole Washington:

Recently it has been all over the news in Washington State that Governor Jay Inslee and members of our legislature are planning on introducing what they refer to as a “public option” bill to “promote” healthcare for all.

In their carefully crafted press releases, articles, and press conference we heard the familiar words “access” and “affordable” in relationship to this bill. We also learned that this would not actually be a classic public option, which by definition is a government run healthcare plan that competes with private insurance. No, rather this bill, according the Governor’s own Medium article, would have taxpayer money going to for-profit insurance companies.

We demand better. We demand true healthcare for all. Please sign this petition to let Governor Inslee and the Washington State Legislature know that we want them to introduce a universal healthcare bill.

Once you sign, please share it via email and social media! To really drive it home, you can also contact Governor Inslee and your legislative district representatives directly by calling the following numbers:

Thank you for your support! 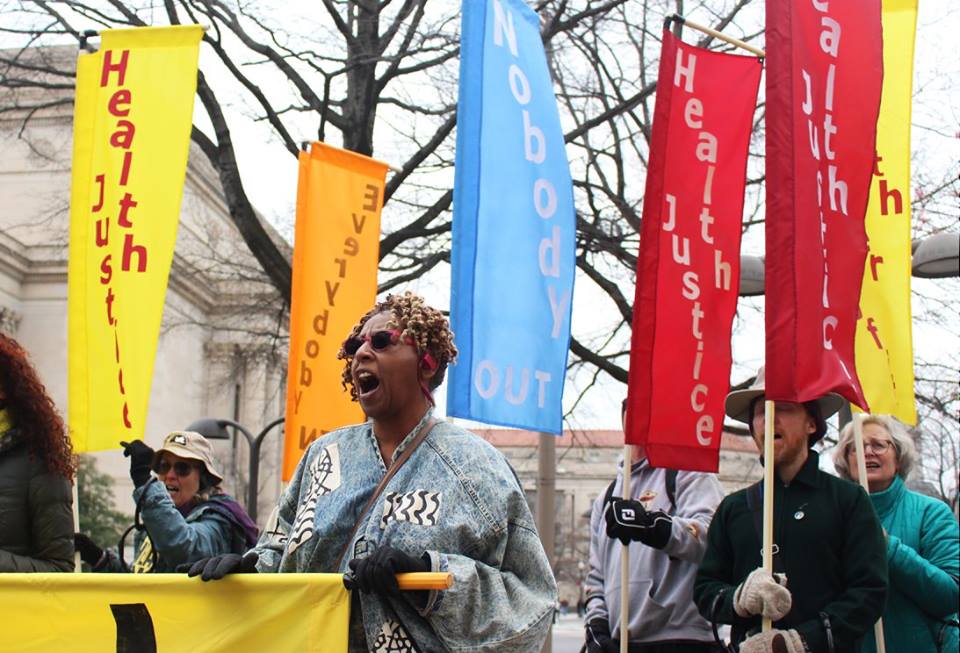