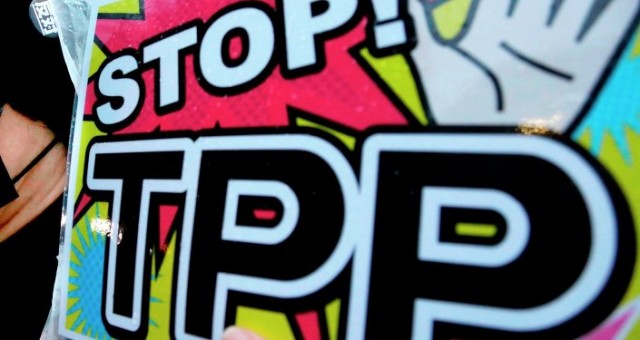 From November 14-18 people across the country will converge on Washington DC for action to demand an end to global corporate domination and the TPP, TTIP, and TiSA.

People around the world are rising against the corporate "trade" agenda. Now it is our turn. This November 14-18, during the APEC meetings in the Phillipines, people from many different backgrounds and movements will come together in Washington to demand that the first of these deals, the TPP, be stopped and an alternative international economic agreement that puts people and the planet first be negotiated in a transparent and democratic way.

These TPP, TTIP, & TiSA are much bigger than trade–only 5 of the 29 TPP chapters even deal with trade. They are corporate power grabs that impact every aspect of our lives. If passed, they would take away environmental protections, offshore American jobs & decrease wages, remove food safety laws, curtail internet freedom, inhibit access to lifesaving medicine, spur further financial deregulation and more.

The TPP impacts people of color, the poor, and oppressed communities most. The TPP, and other secret treaties under negotiation, would expand US empire, white-supremacy, and corporate capitalism. These treaties would further privatize schools and prisons, allowing the ruling class to profit from the destruction of black and brown communities. They would increase human and sex trafficking, forced migration, and the ongoing genocide of indigenous peoples. All of this would be upheld by more repressive policing and military intervention as we are already seeing throughout the TPP zone in the United States, Latin America, and East Asia.

Bring your message and campaign to DC this November. Let's unite all of our struggles for a new world.

If you need housing, travel expenses, etc let us know by filling out the above sign up form.

Travel:
If you are flying, you can arrive at either the National Reagan airport or BWI. Reagan is closer. If you are driving, there is a lot of paid parking in DC from $7-10/day. If you don’t want to pay, park outside of the city and take the metro in. If you are arriving by bus, the bus driver will either drop you at Union Station or, if you charter the bus, possibly at the church or hotel.

Where to Stay:
There is space to store gear, sleep, and cook for many people at First Trinity Church. Sign up below to stay in the church or for one of a few homestays. Otherwise, if you can organize your own housing, do it! Some people are staying with friends or relatives in the area or at hotels and others are doing couchsurfing or air b&B. We recommend the Hotel Harrington where activists often stay in DC. It is a good location and good price, especially if you share larger rooms with lots of people.

Learn more at FlushtheTPP.org and PopularResistance.org