Using our Creative Tools in the fight to Stop Line 3

Join our monthly creative activism call to discuss ways we can take action in solidarity.

On Tuesday, we'll be joined in conversation with Eóin Small

Eóin Small is a grassroots independent artist/activist/organizer who has been involved with the Line 3 fight in Minnesota since departing a 5 month occupation at Standing Rock in 2017. Eoin has been raising awareness around Minnesota gathering signatures on the back of his skoolie (which he lives in), producing media via the seekjoy community network (seekjoy.co/mmunity/initiative/stopline3) and supporting the indigenous-led frontline resistance and the variety of non-profit orgs in Minnesota actively opposing Line 3’s “Replacement” which is currently the largest expansion of fossil fuel infrastructure underway in North America.

Line 3 is a 36” diameter pipeline designed to transport over 760,000 barrels a day of Tar Sands Oil (Diluted Bitumen) from Alberta, CA to the coast for overseas export. Although President Biden has taken bold action on the Keystone XL pipeline by revoking its Federal Permits, Line 3 is the same size & scope and is currently being constructed in Northern Minnesota underneath the headwaters of the Mississippi River and across the broad treaty territories of the Anishinaabe people despite on-going legal challenges brought by tribes & environmental groups. All efforts for injunctive relief filed in the courts thus far have failed, meaning that pressuring Biden to revoke the Army Corps water quality permits for Line 3 is just about the only way Line 3 will be stopped. The next round of appeals on permits at the State level will not be heard until June 2021, at which point the pipeline might already have been constructed. We cannot let this happen! 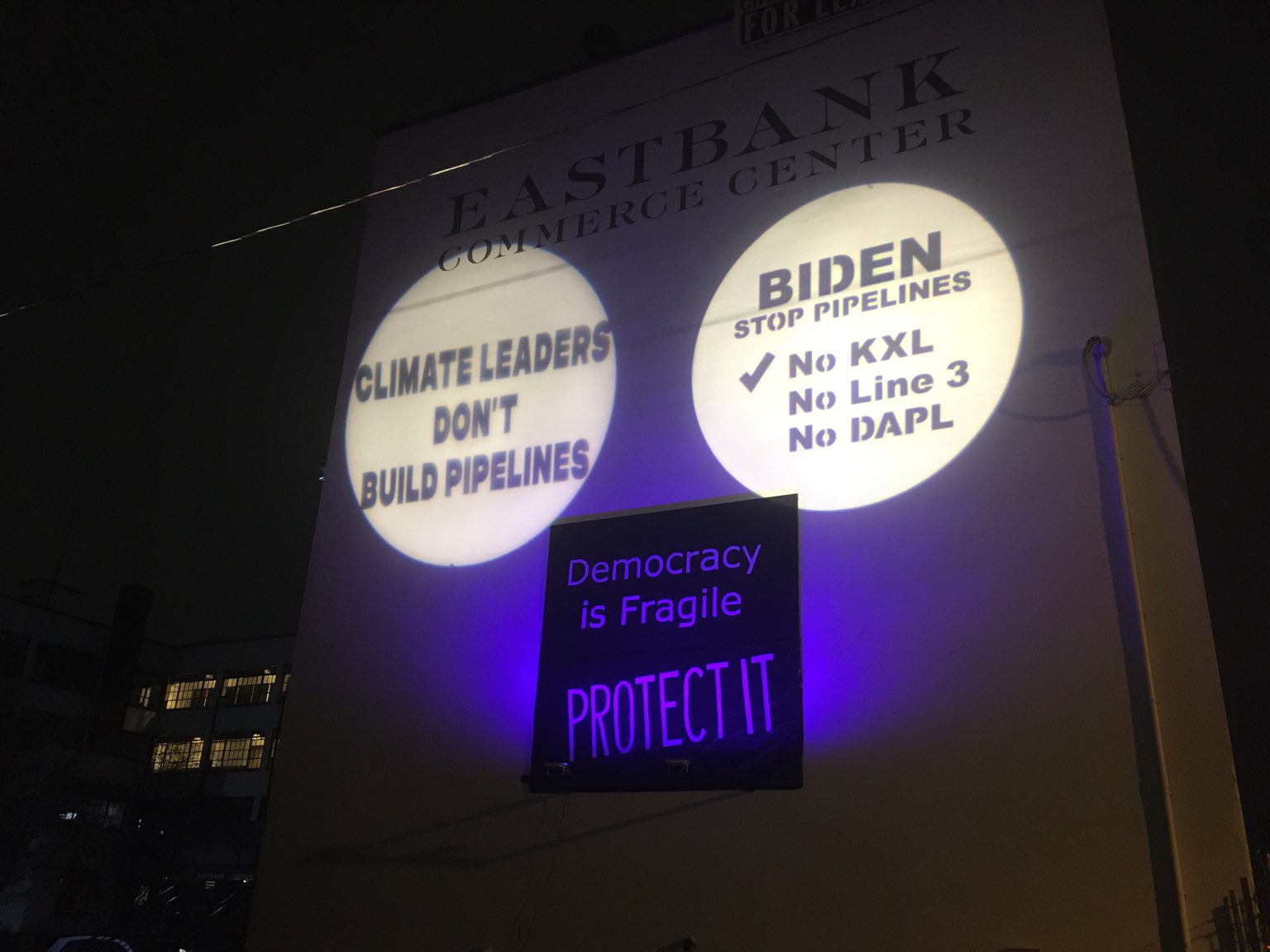 Shout out to our Madison and PDX Solidarity Brigades for rocking the projections, as well as Phil in MD/DC!
AB-Calendar FP-Calendar