On March 3rd, people who love orca and salmon will show up to create a Human Orca Mural at Percival Landing in Olympia.  We need 100-200 people there by 12:45pm, dressed in black, to assemble themselves into the orca grid.  A drone will take an aerial photo.  Information will be available on actions people can take to put pressure on decision makers at the Capitol to protect orca by removing the four deadbeat dams on the Lower Snake River.  Will you join us? 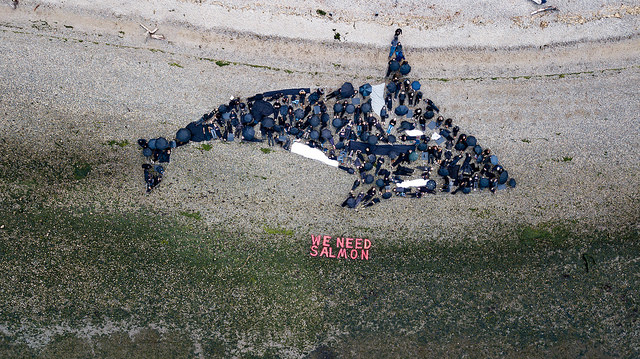