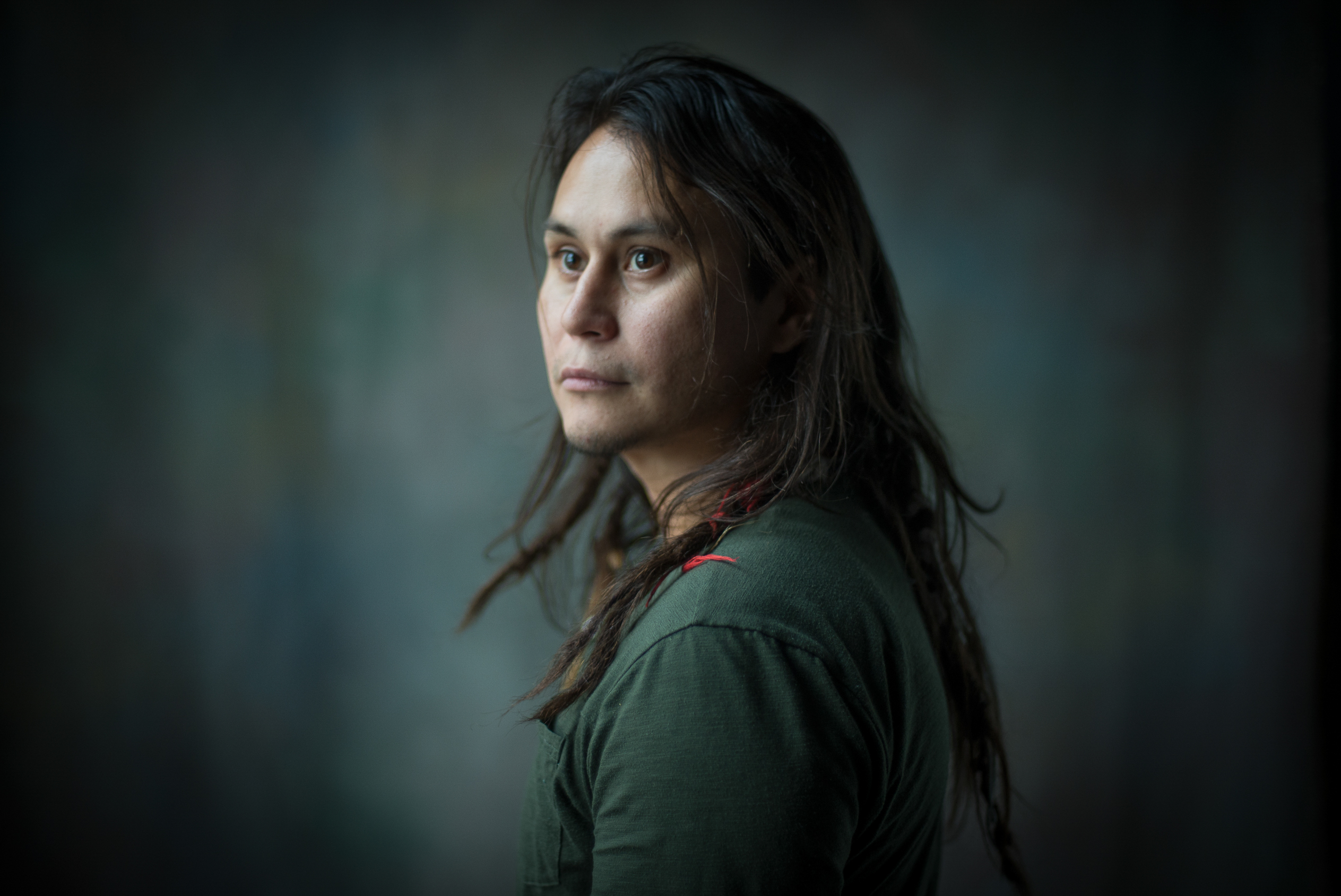 We as a society crave new models for progressing the consciousness of humanity. As a community organizer, my work stems from this effort to innovate new ways of moving society forward. The out-dated models of how we live on this planet are failing, and we need new paradigms that uplift the planet to a higher state that heals our world. My organizing efforts have focused on multiple interconnected issues involving social justice and minority rights, as well as environmental protection. Currently, I immerse myself in progressing society in a multitude of ways.

I draw from my cultural heritage continuously as I work, using traditional ceremonious concepts, combined with art and activism with each event, rally and movement, taking us one step closer to a mindful planetary consciousness. I am stepping full time into this work in order to help co-create tangible goals instead of adding to opposition. We as human beings need to create new ways of connecting that break down imagined walls of separation. 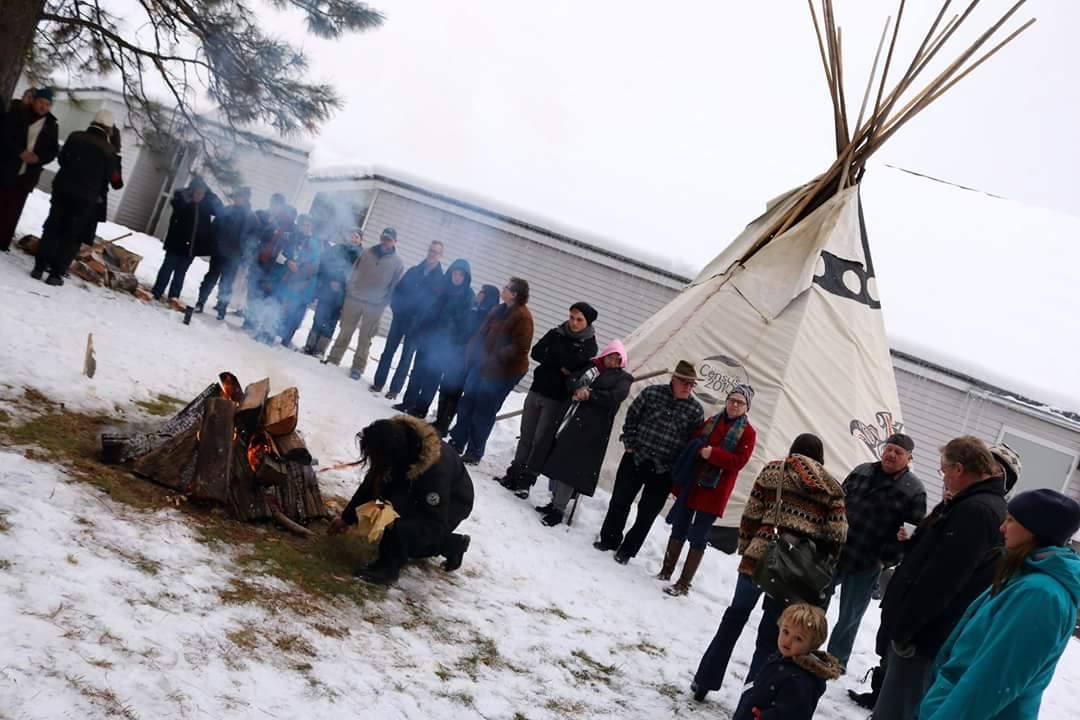 For example, in 2015 I worked in collaboration with several organizations locally to hold ceremony in honor of the 125th anniversary of the Wounded Knee Massacre.  I lit a sacred fire and kept it ablaze for four days in the dead of winter while living in a tipi behind the Unitarian Universalist Church of Spokane. The focus was not on the tragedy, but on the release of genocide and the healing of the collective consciousness of humanity.

As a community leader I work diligently in creating new models, and in doing so encourage others to be conscious of their role in creating a new paradigm which supersedes systems that harm. Being a grass roots organizer takes creativity to innovate new ways to express a movement. The time for holding each other up in the face of adversity is now. Only by standing in solidarity can we overcome oppression. I joined forces with allies, both indigenous and non-indigenous to prevent the construction of the Dakota Access Pipeline. I witnessed grave sites being bulldozed, was attacked by security dogs, pepper sprayed, and have been physically assaulted by security guards. The protection of the water quickly became the focal point of my activism. I spent over six months traveling back and forth between North Dakota and Washington State, supporting the front lines at Standing Rock. 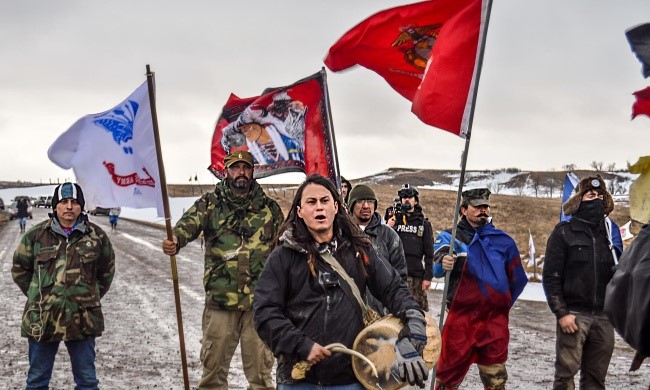 Five separate supply runs were organized while networking with amazing grassroots organizers across the northwest. I delivered physical donations and purchased supplies with funds generated from our local community and online fundraising. I was able to provide transportation and housing for needed water protectors and media personnel from my area to be on the front lines and to actively participate in the movement. 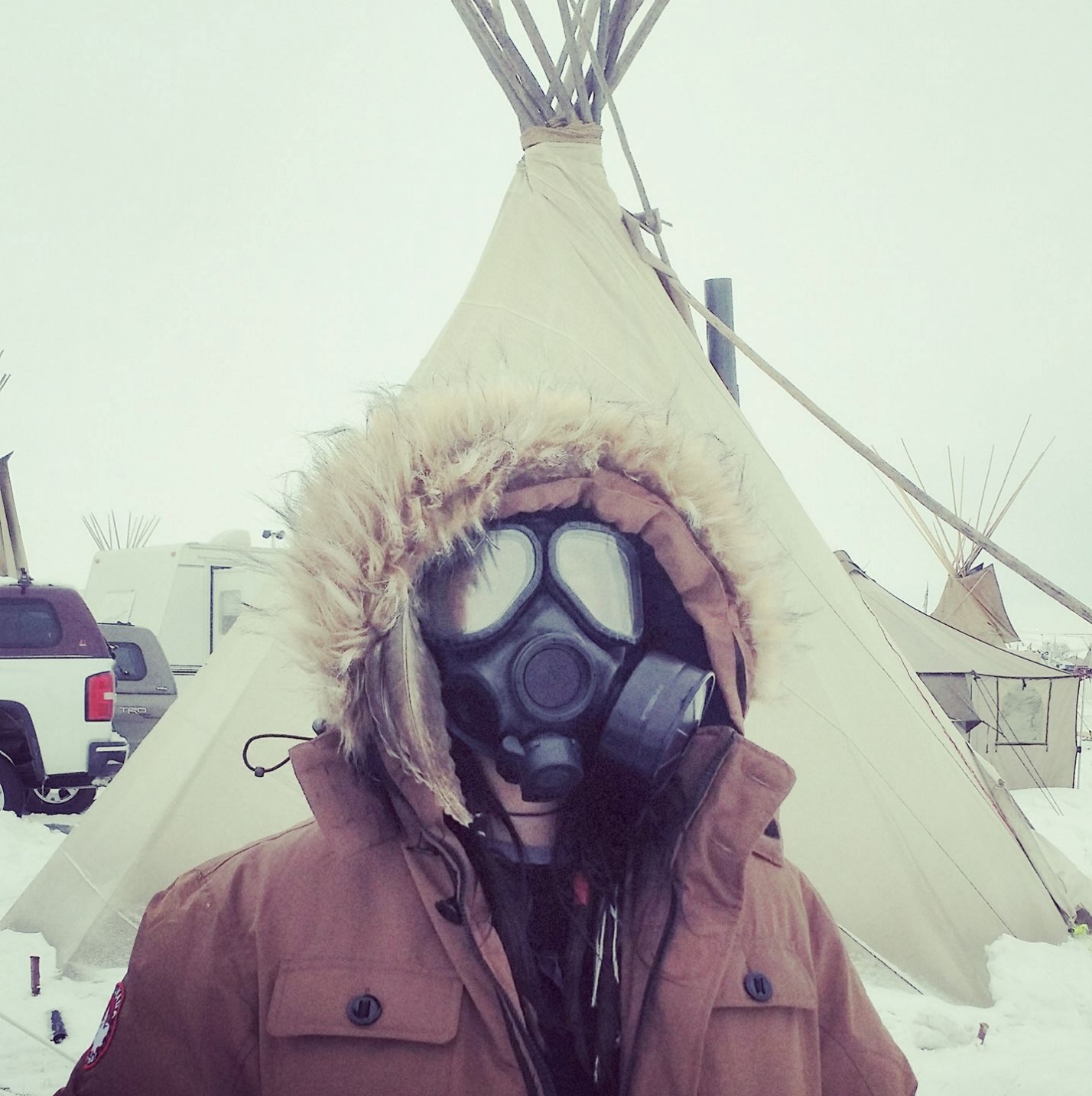 One of the ways in which I brought the movement home to my local community was by securing an official endorsement of solidarity with the water protectors from the Spokane City Council. The water protectors drafted the ask letter and the city council passed the resolution two weeks later. 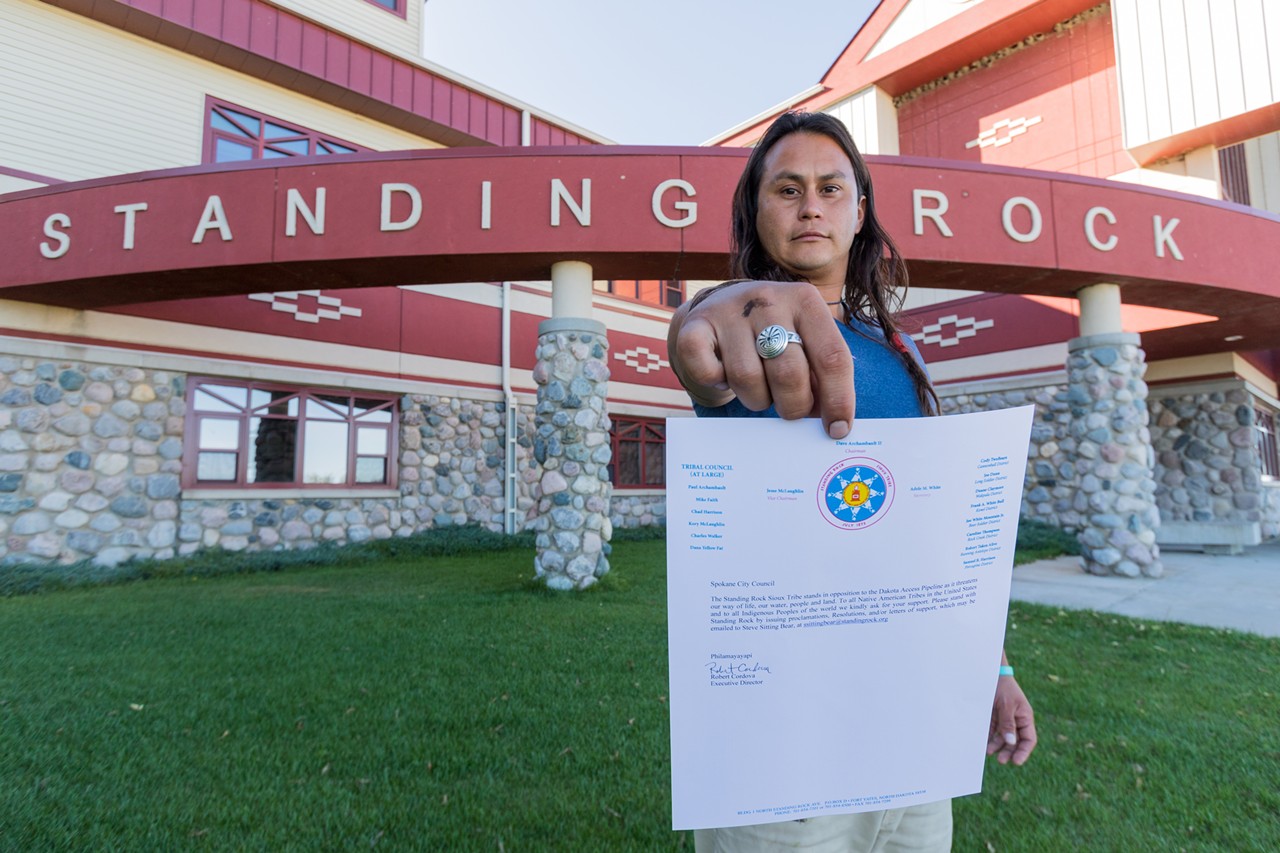 Supporting this kind of work helps to create a society that cherishes all people and our planet, guiding the way for our evolution. I’ve used public speaking engagements to share my own personal story, and through this testimony help to uplift people and show ways of transcending adversity. It is another way to be an effective change agent by expressing new models. 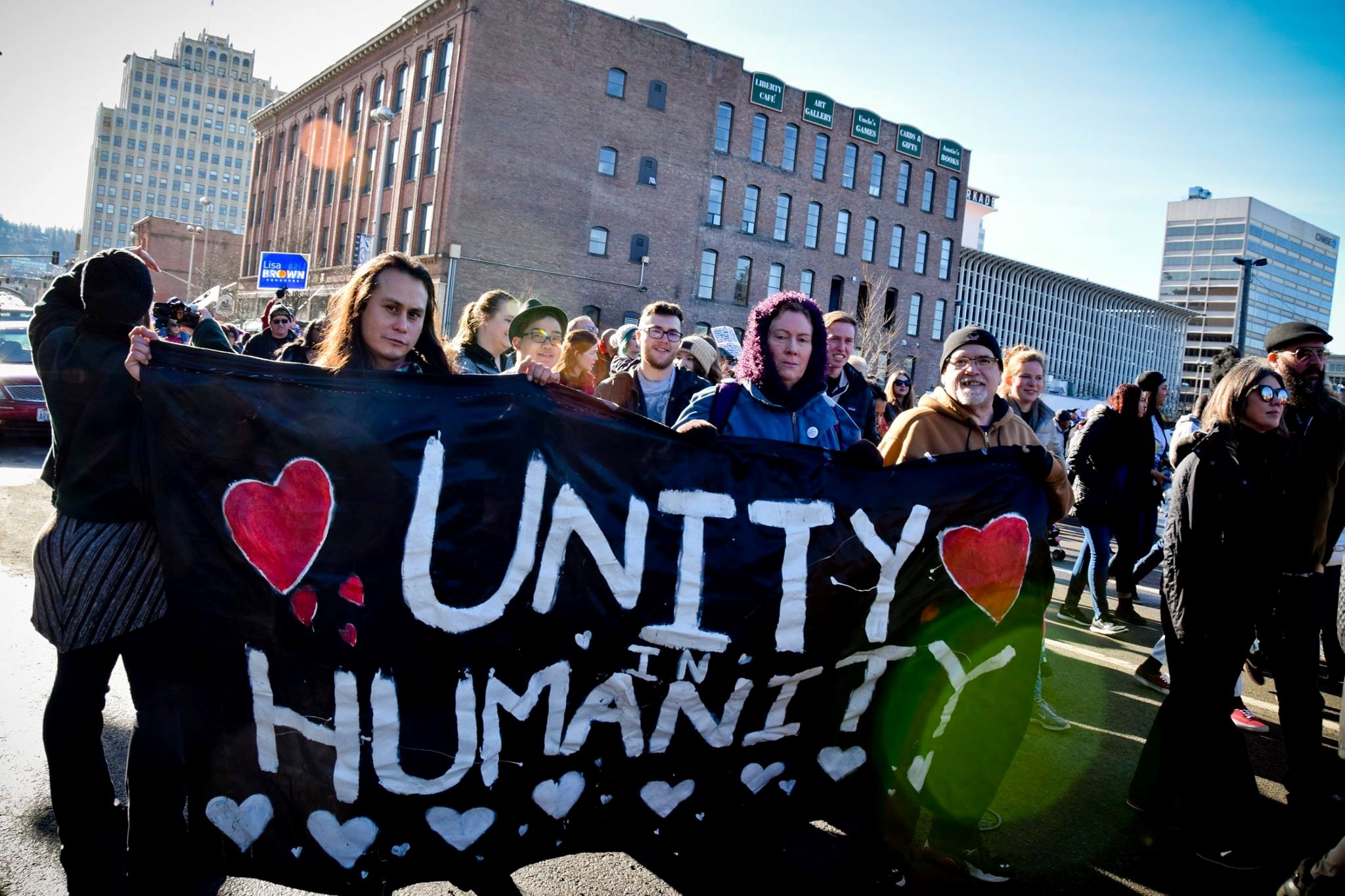 Here is a talk I gave at the Unitarian church of Spokane:  https://www.youtube.com/watch?v=n7zRSQR2Me0

Organizing around issues being ignored by the main stream non profit industrial complex gives me the freedom to work on effective ways to gather society. I have organized a series of traditional camps aimed at gathering presenters on issues that haunt society.

Working with the Backbone Campaign gives me the opportunity to spend time doing the work that matters. These issues need full time organizers to effectively make change happen. This is why I am so excited to work in partnership with Backbone and other organizers who make a difference. I need your help to continue this work. Support will go to cost of living, supplies and expenses. I am so enthusiastic to work full time as a CSO (Community Supported Organizer.) Your contributions will ensure that humanity will have a fighting chance as we stand together to protect and repair the world.

If you’d like to support Jacob’s work as a CSO, you can contribute here (monthly contributions are especially helpful as they create a sustaining base of support). As a donor, you will receive a receipt at the end of the year that you will be able to use for tax purposes (Backbone is a 501c3 nonprofit organization; contributions are tax-deductible). Jacob will send you a quarterly report of what he’s been up to and the impact your donation has made.

By working through Backbone's CSO program, contributions toward Jacob's autonomous CSO efforts are tax-deductible, to the fullest extent of the law.

Support Jacob's work by donating below: