July Spinal Column: People Power plus Art - we are unstoppable

We are at a critical moment in our history, with so many activists - young and old - flooding the streets. Because of the collective actions in towns and cities large and small around the country, we seem to be on the precipice of real, meaningful changes. It is important that we keep up the pressure!

Thanks to your support, we are mobilizing our high visibility tools to be in solidarity with the calls to move away from a police, carceral state and toward a country where everyone in our communities is supported and respected.  And we are prioritizing training new people to utilize these different tactics in the streets and on the canvas of buildings and freeway overpasses. 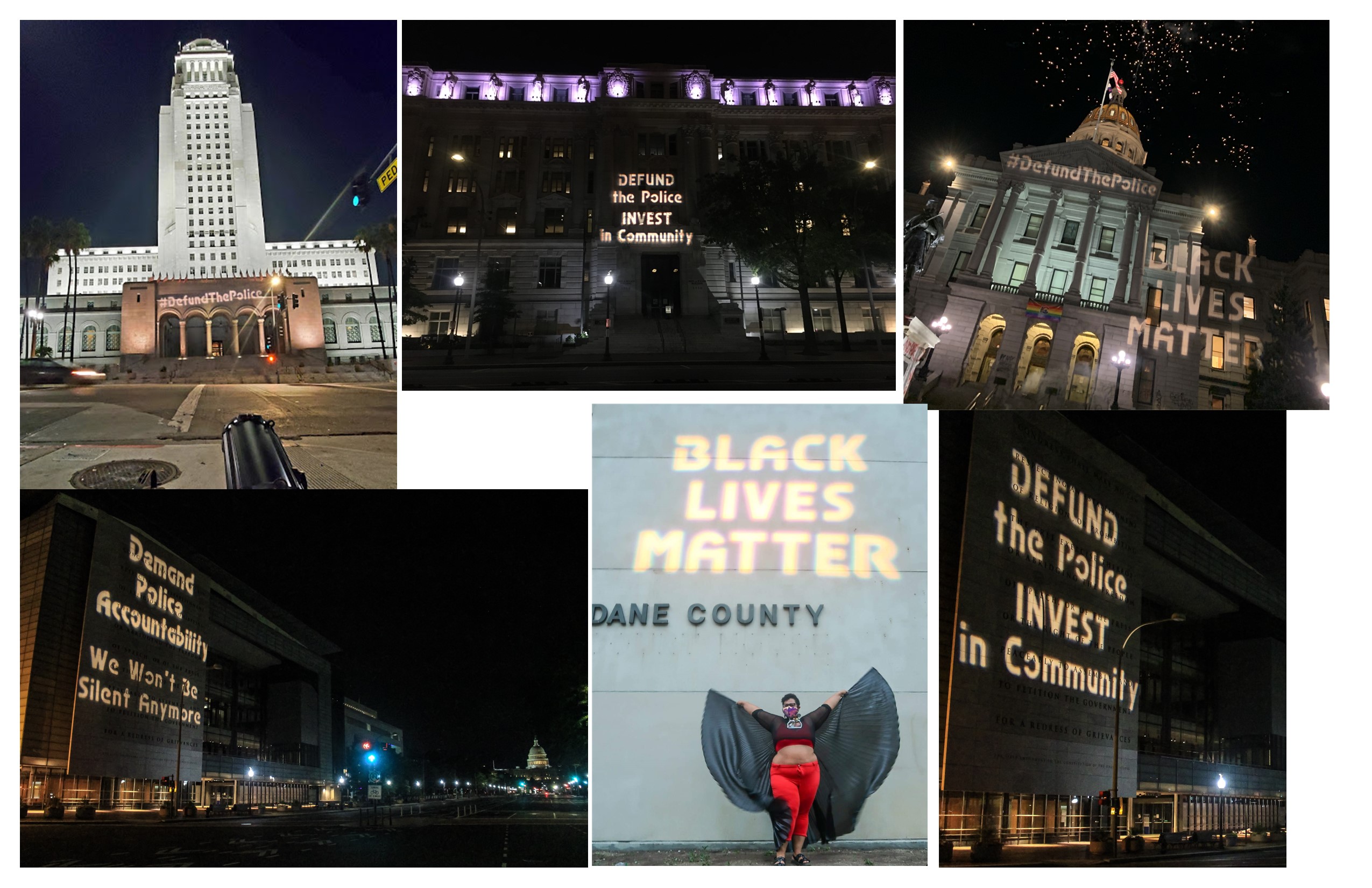 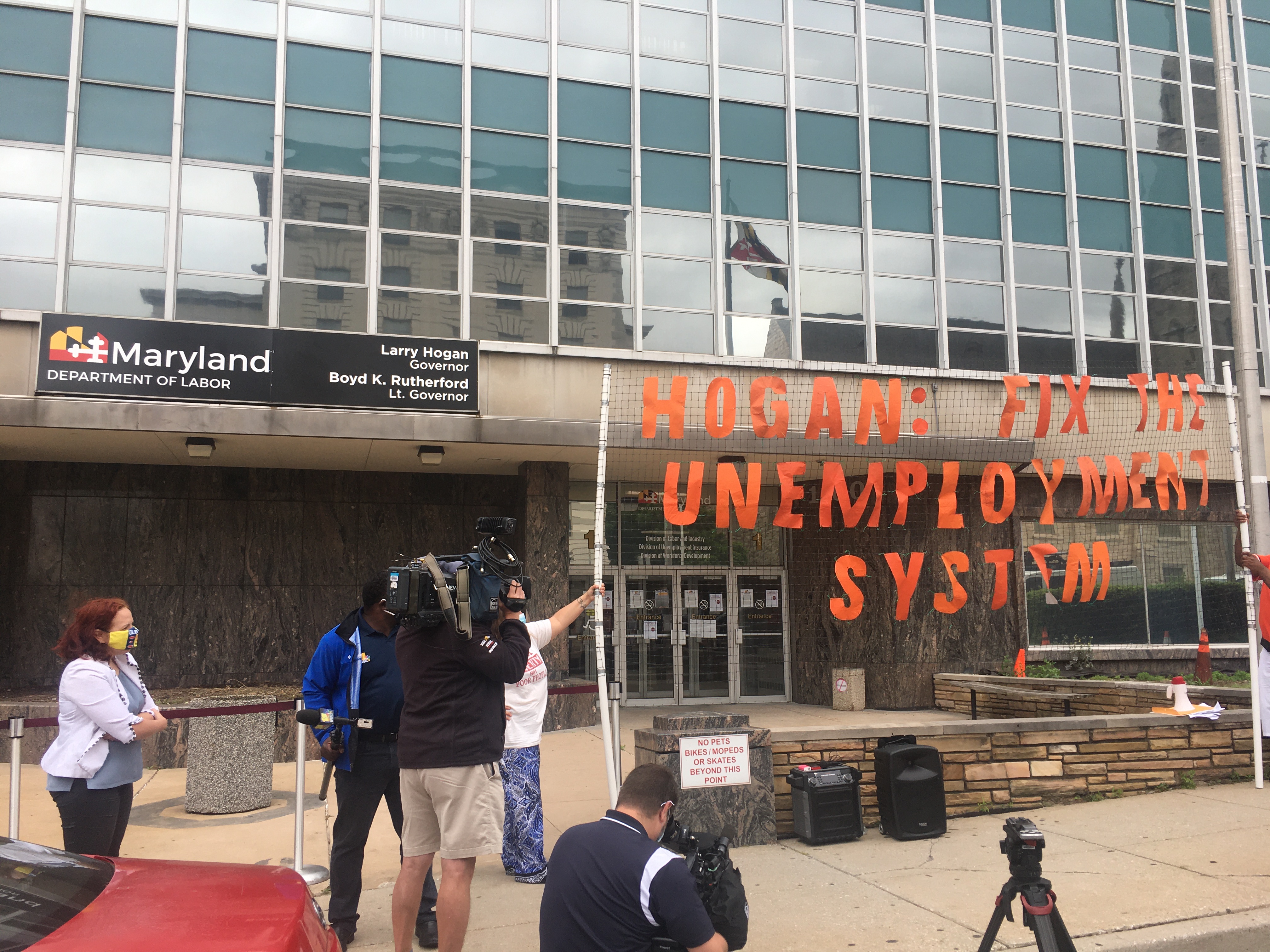 Movement for a People’s Party - For the People, Not the Billionaires

Are you ready for a #PeoplesBailout to help us through the effects of the COVID 19 pandemic?  Congress plans to pass the 4th pandemic stimulus legislation at the end of this month.  Movement for a People's Party is leading efforts, in partnership with the Poor People’s Campaign, Humanity Forward, Our Revolution chapters, and the Humanity First Movement, to hold local events around the country at Congressmembers' homes - this Saturday, July 11th.

Our list of demands calls for this stimulus to be a #PeoplesBailout, after the first 3 pieces of legislation were effectively bailouts for big business and Wall Street - with average folks getting crumbs comparatively.

More information on the action and to sign up, CLICK HERE. Share on social media and spread the word about the action to your friends and family!

Activists are mobilizing banners on highway overpasses to keep the messaging in the streets and in people’s minds; this effective tactic reaches thousands of people per hour.

One of our partners, the Meaningful Movies Project, is showing documentary film screenings free of charge. You are invited to view the film Suppressed: The Fight to Vote, this Thursday, July 9th, at 6pm Pacific/9pm Eastern.  Following the film will be a discussion with film maker Robert Greenwald, Washington State Attorney General Bob Ferguson, and Aunna Dennis, Director of Common Cause Georgia.  More info and RSVP HERE.

Our home theater, Vashon Theatre, which generously hosted our film series, is bringing the film John Lewis: Good Trouble to your home.  Local movie houses have been hit hard by this pandemic; when you make your purchase to watch the film, the Theatre receives a portion of your "ticket" price.  More Info HERE.

Backbone gets calls every week from activist groups across the country, looking to get their messages out in unique and attention getting ways. Recently, we supported a digital projection action by RAICES at the County Jail last month in San Antonio. The action was part of a campaign to Unmask Hate by calling for an end to 287G, which deputizes local sheriffs to separate thousands of immigrant families by doing the dirty work for Immigration And Customs Enforcement (ICE).

Our friends quickly learned the projection equipment we sent and are now sharing it with allies. Next up: Shining messages on a confederate monument in San Marcos. 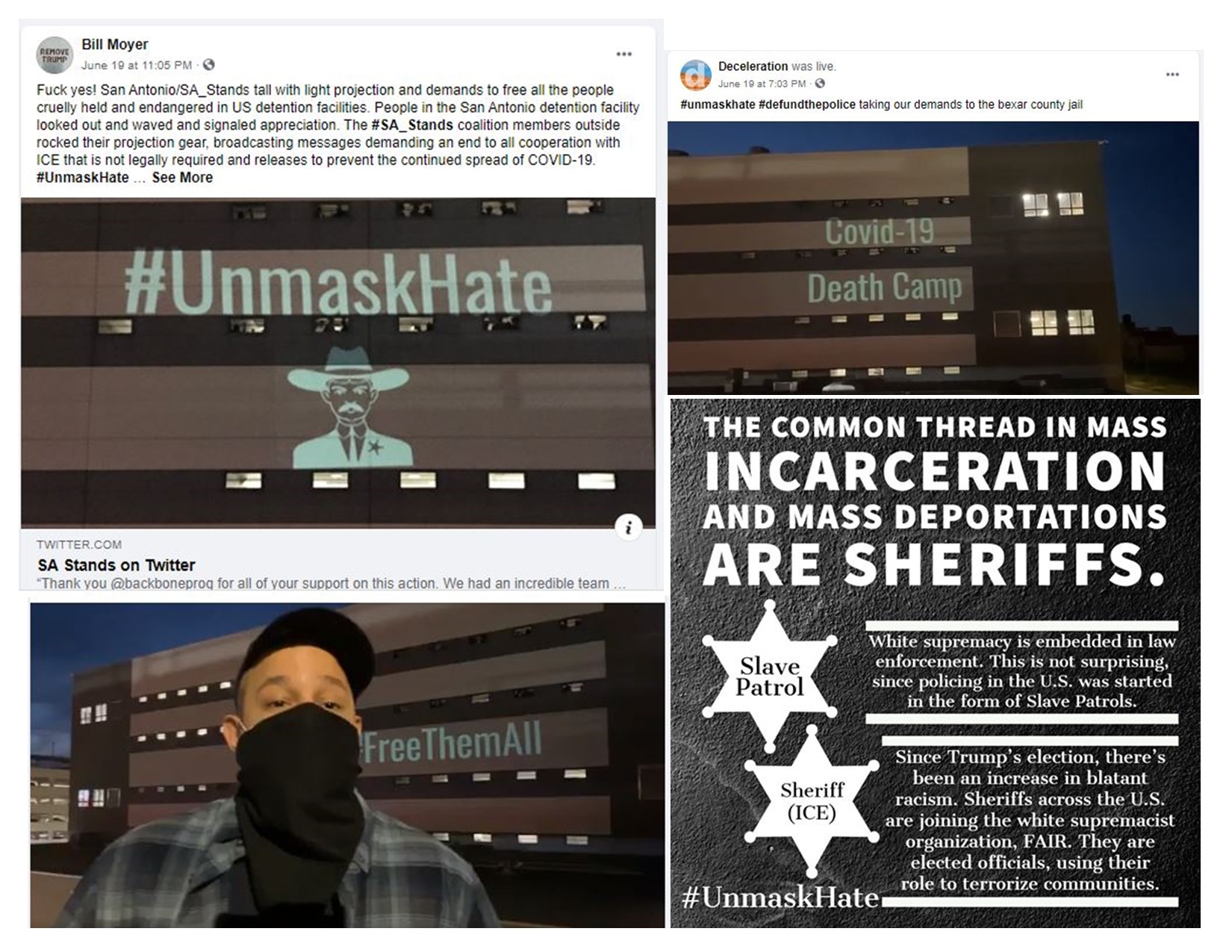 We are also taking some time right now to work on a 2nd edition of the Solutionary Rail book, designing a virtual Action Camp for our Environmental Justice allies, and exploring ways to disseminate our 16+ years of creative activism knowledge, so more groups can use these tools.

Friends on Vashon Island have organized a fundraiser to support Lawrence and his petition for early release from incarceration. Funds raised will pay for legal representation at a clemency hearing.

Incarcerated for eight years so far, Lawrence Jenkins has transformed himself from a deeply depressed, angry young person to a master gardener, farmer, husband, and community leader.  He has turned prison property into acres of fresh produce  - with over 100,000 pounds of vegetables donated to local food banks to help his neighbors-on-the-outside who face food insecurity. With his wife Aleta Haskins, he formed and runs the Circle of Life Gardens in Tacoma, WA.

Lawrence’s mantra, “I am because we are; we are because I am. Let the circle be unbroken. There are no throwaways.”

The goal of this GoFundMe campaign is to raise $15,000 for legal fees, and Lawrence and Aleta are within 10% of their goal. Will you donate and help Lawrence get out of prison?

Thanks for all you do!

We are grateful to our monthly donors and supporters who make all this happen.

We need people in all “lanes” of activism in order to continue to move things forward.  Whether you are in the streets at protests, spreading information and attending events online, talking to your friends and family about these issues, or donating what you can to mutual aid and causes you care about, it is all crucial to the success of our movement.

No matter the amount you donate to Backbone, it helps keep our high visibility tactics in the streets, and is greatly appreciated. In these uncertain times, becoming a monthly Lumbar Club supporter helps sustain the Backbone Campaign for the future.