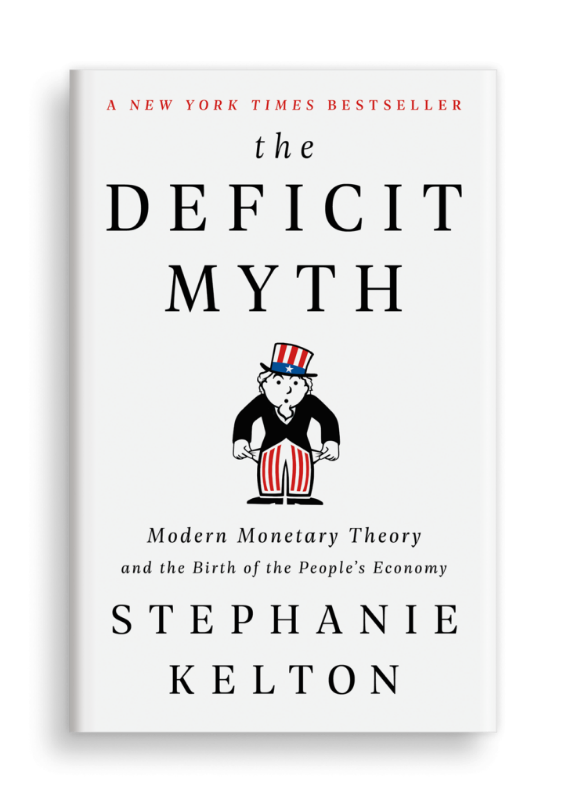 "If I had to describe Modern Monetary Theory (MMT) in a few sentences, I would say it is about replacing an artificial revenue constraint with a real inflation constraint. So there are limits. But the limit is not a predetermined numerical level or a percentage of the budget. There is no strict financial constraint. A currency-issuing government can afford to buy whatever is priced and available for sale in its own currency. The limit is the impact of the spending. Not the spending itself, and not the deficit—the limit is inflation. That is central to MMT.“ - Author Stephanie Kelton

The United States came off the gold standard in 1971. Since then, we have used “modern money” which offers substantial new options that have been poorly understood by members of Congress and the media. It’s up to us to educate ourselves and our politicians and to challenge them when they persist in repeating outdated and misleading information about our money system.

In the midst of the Covid pandemic, the economic emergency, and the looming climate emergency, MMT provides the best approach to a combined effective response to all these urgent issues.

Learn more as we take a deeper dive into this economic theory being championed by a growing number of economists and legislators.

Vandana Whitney is a former public-school teacher who has studied the field of economics called Modern Monetary Theory (MMT) and has attended International MMT Conferences for the last three years. She has given public talks on MMT to Seattle Women Marching Forward/350 Seattle, North Seattle Progressives, and the Sierra Club’s Green New Deal Committee. Her background in education helps her to present complex economic material in a way that can be understood by non-economists.

Randy Mandell is a longtime environmental and social justice activist. He currently works on expanding our understanding of public money as an essential tool to achieving a Green New Deal, a Jobs Guarantee, and other key progressive policy objectives.

Session 4: Wrap up and next steps, Feb 1