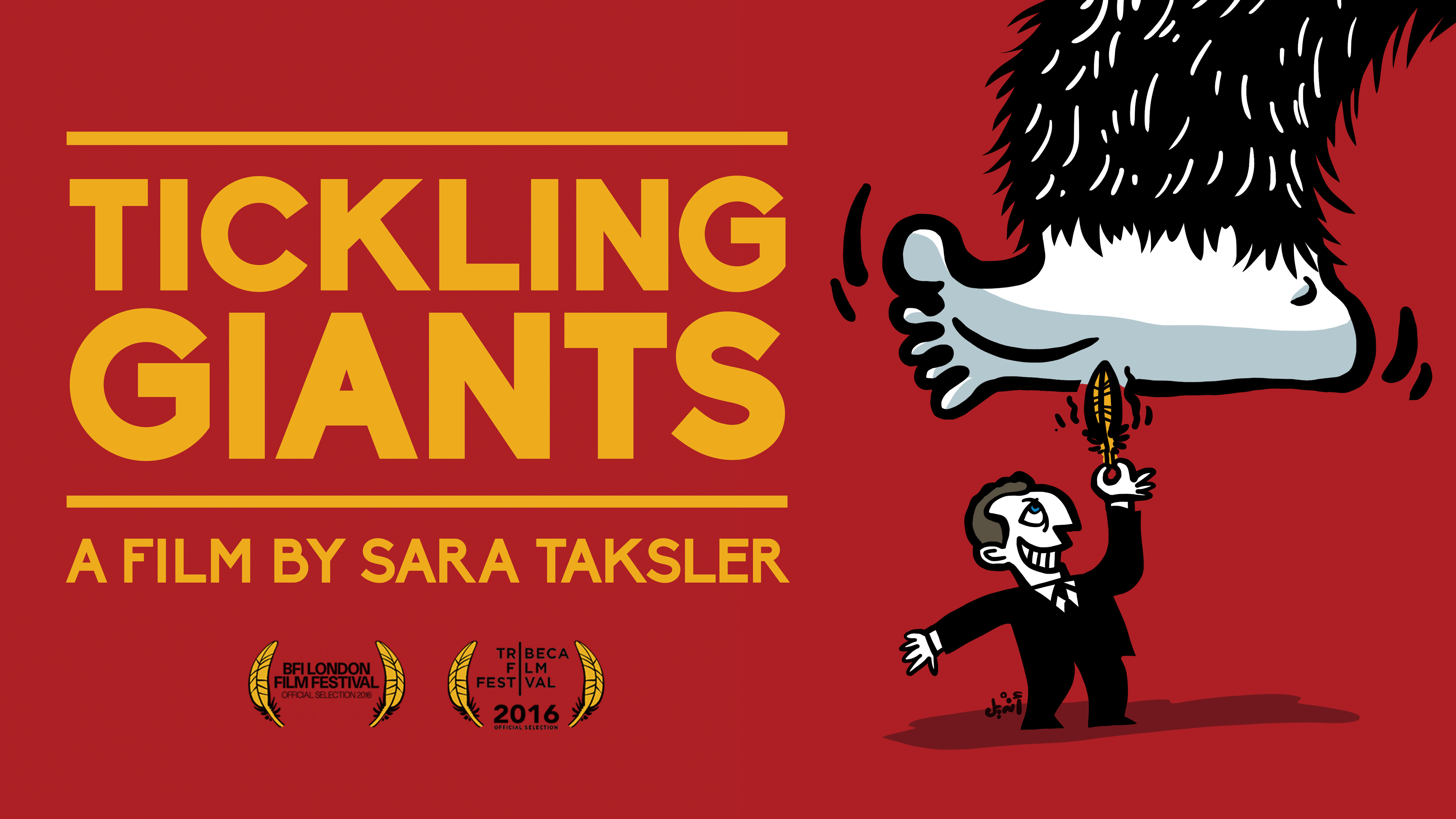 In a country where free speech is not legal, he and his staff endure physical threats, protest, and legal action, all because of jokes that let those in power know they're being held accountable. Produced by Sarah Taksler of the Daily Show, the film shows how comedy can be a cathartic way for a nation to process repression and corruption and it encourages viewers to speak up when they witness injustice.  She says, “Our goal is to inspire an international dialogue about free speech, how we treat Muslims, and what happens when power is abused. We hope (through this film) people will find their own creative, non-violent ways to be heard.”

A reviewer for the New York Times writes, "There's a lot to laugh at, and to learn from, ... in this first-rate documentary, at a time when freedoms seem to be threatened everywhere. After watching, you come away feeling more proud of those freedoms, and more concerned for their future."

The film is a Call to Action to tickle the giant: find non-violent ways to express yourself when power is abused - from a protest against a world leader to standing up to a bully in a school cafeteria.

Thank you to Island GreenTech and Vashon Theatre for support in making this event happen.

Like going to the movies? Backbone Campaign is starting a Meaningful Movies Chapter. Thanks to a collaboration with Vashon Theatre and Island GreenTech, we will show films the 2nd Tuesday of each month, beginning in August.