Has the US forced Russia to over-extend itself - or - is Russia baiting the US into WWIII? 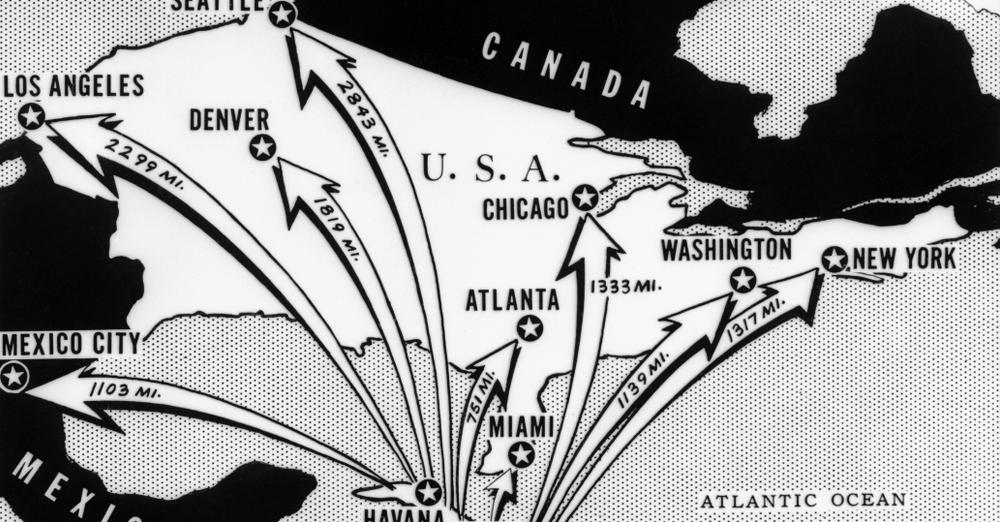 As Phyllis Bennis notes, despite all the hypocrisy of US criticism of military intervention and the legitimate points about US baiting Russia into over extending itself to resist NATO expansion, its violent response through the invasion of Ukraine is wrong and dangerous. Our response to that invasion could make things far worse. (See Phyllis Bennis here)

In a recent FB post, an old friend (with extensive military background and a student of history) mentioned that perhaps the slow but continually growing Russian convoy is not a failure, but actually a Russian tactic to tempt US/NATO into an extremely dangerous escalation. Noting that his air attack buddies were salivating at the chance to get a crack at that sitting duck, he speculated that to do so could be exactly what Russia is seeking. Such an escalation could be just the thing for bringing China into the fight opening a Pacific front with an invasion of Taiwan. His speculation resonates as an accurate assessment. So, I think we should all check our armchair enthusiasm for escalation, despite all good intentions.

Here's the 2019 Rand Corporation piece "Extending Russia".  I've seen referred to in a number of places and thought I'd take a look. It's over 350 pages, so I concentrated on sections related to Ukraine. Baiting Russia into overextending itself through escalating arms sales and more importantly talk of joining NATO is certainly part of the strategy explored for weakening Russia and strengthening US competitive advantage. It notes the extreme danger of this while exploring multiple "opportunities". Of the six options explored, Ukraine seems to be the option considered by Rand to have the greatest potential - and perhaps pose the highest risk, including escalation to a nuclear warfare.

Does Russia truly feel forced into invasion? If so, is it also playing US/NATO, feigning taking the "Extend Russia" bait - while actually baiting NATO/US into action that strengthens the China/Russia alliance and opens up a new front over Taiwan? Who would be extended then? If US/NATO enters the war (as if sanctions and sending arms are not already warfare) and that triggers China to take action against Taiwan, then it is the US that is overextended. Besides the extreme dangers of nuclear warfare, overextending the US into conflicts on two sides of the globe (after 20 years of wasteful and costly warfare in Iraq and Afghanistan) could be how Russia and China defeat the US economically if not militarily.

A world war - even if it avoided the use of nuclear weapons, i.e. total annihilation - would most assuredly deny the US its current historic opportunity to make investments in infrastructure, climate resilience and broaden economic opportunity for rural and historically marginalized (BIPOC) communities. Undoing the most negative impacts of 45 years of neoliberal capitalism, reshoring manufacturing, diversifying agriculture could do a great deal to deescalate the polarization in our own society which has nearly paralyzed us already, turning Americans against each other. More war and further domestic austerity would only fuel these dangerous internal threats - further weakening the US in relationship to Russia and China.

Therefore, we in the US and our allies around the globe need to be extremely careful to avoid any further militarization of this conflict. Not bombing the convoy - refusing to take the bait - is a sign of strength not weakness. Understanding how we got into this, who the players are and putting all energy into deescalation may be our only hope - not just for getting Russia to withdraw - but also for building a better US and a more just and liveable world for future generations everywhere.

as well as this article that puts some context around the Ukrainian militias to whom arms are flowing.

More on US involvement in Ukraine
https://consortiumnews.com/2022/02/26/robert-parry-the-mess-that-nuland-made/

Al Jazeera explored the issue of neo-nazi militias a few days ago in this piece.
https://www.aljazeera.com/news/2022/3/1/who-are-the-azov-regiment